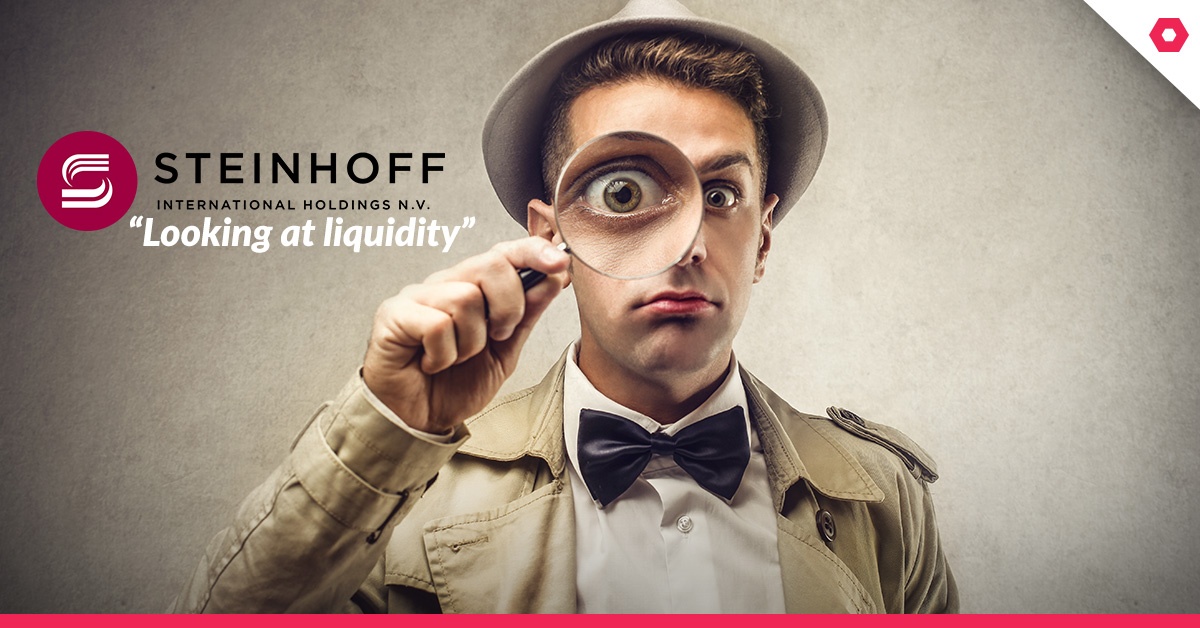 The latest ad hoc announcement from Steinhoff has two components – one which begs more questions than it answers relating to the validity and recovery of unspecified assets, and the second which is quantifiable and relates to the raising of liquidity. What we don’t know yet is if there are possible liabilities that are not reflected in the Group accounts, but which should be. The statement of financial position has yet to be clarified and is pending investigation by auditors PWC; historic restatements could be possible. The underlying profitability of the trading operations appears to be sound. Unknowns will continue to weigh on sentiment.

The latest ad hoc announcement from Steinhoff has two components – one which begs more questions than it answers relating to the validity and recovery of unspecified assets, and the second which is quantifiable and relates to the raising of liquidity. What we don’t know yet is if there are possible liabilities that are not reflected in the Group accounts, but which should be. The statement of financial position has yet to be clarified and is pending investigation by auditors PWC; historic restatements could be possible. The underlying profitability of the trading operations appears to be sound. Unknowns will continue to weigh on sentiment.

The figure of €6 billion in non-South African assets has yet to be verified and there is no certainty of the degree to which this can be recovered. The sum is significant but there is no colour on what this could be, or how it has materialised, or if there are associated liabilities.

However, the €2 billion in liquidity referenced is a reasonable number.

What is not reflected on the balance sheet for March 2017, the latest we have, is that the parent raised €1 billion in cash on the listing of Steinhoff Africa Retail. This cash was distributed to the parent in October, post year end. Therefore, in the absence of movement, pro forma net debt drops from €6,5 billion to €5,5 billion.

STAR has long term loans to Steinhoff of R11 billion and R5 billion in short term loans (i.e. R16 billion or €1 billion). There is cash against that of R3,8 billion, leaving net debt in STAR at R12 billion. The cost of funding is 9%.

The STAR CFO has confirmed that they are in discussion to replace and refinance a large chunk of this externally at keener rates. This squares with the Steinhoff statement in which they confirm the refinancing.

Taking in to account the STAR cash of €1 billion after year-end together with readily marketable investments we could look to €2 billion to €3 billion in liquidity, which is 30% to 40% of March 2017 net debt.

Steinhoff indicates in the announcement that they quantify additional liquidity of around €2 billion through both asset realisation and the refinancing, bolstering the financial position.

The CFO, who is not complicit it seems, is now wholly focused on the financials and has relinquished his STAR CEO role. Ben La Grange served articles at PWC, the firm brought in independently to investigate, and he served for thirty months in their international and corporate tax practice and so this will be helpful.

Steinhoff has the following residual assets:

Land & Buildings at net book value of €3,6 billion (R13,60 per share). However, the extent to which this can be realised has to be questioned. Given the depreciation policy, and relatively young age of the assets, this probably already represents a full value. Accumulated depreciation is only €112 million as at 2016. Of the estate, 80% is retail and the remainder warehouse and production.

There are intragroup property rentals and the idea is to own rather than rent and so control lease liabilities and escalations. Operating profit for the segments usually includes intra-group property rental expenses. The annual rental yield on properties I estimate to be 7%. So, in effect a €250 million profit centre. In theory this could be unbundled and listed, provided we have a credible realisable value. There could be development potential.

Of the €7 billion in gross debt as at September 2016, the majority has a long duration with 33% or €2,5 billion beyond five years with 20% due within five years.

However, the convertibles due 2022 carry only 1,25% interest semi-annually for good reason – they convert at over €7 per share, at the bondholders’ discretion. That price is unlikely. When they were issued, it seemed a good bet for investors as the low rate could be offset by a rising share price. Steinhoff holds rights on early redemption if it chooses to. The 2017 and 2018 bonds were converted and redeemed in 2015 and 2016 with 201 million shares issued to bondholders.

The Group’s debt includes terms related to the debt to equity ratio, debt to EBITDA, interest cover and EBITDA cover. There are no breaches of covenant and the Group comfortably meets requirements. We need to also see what the restated financials look like.

Provided the situation can be stabilised and confidence partially restored the debt situation is manageable. With liquidity comes optionality for the Group.

The Viceroy note is a bit melodramatic, but it does have many useful points, including referencing the off-balance sheet and brand management structures I’ve referred to in previous notes.

I think their add-backs to get an adjusted earnings number is on the high side though and at the mid-point it reduces earnings to a quarter of the starting point, with €1 billion subtracted. This includes €340 million or over R5 billion referenced as other operating income, which is 24% of earnings.

The add-backs would imply Steinhoff generating profit margins significantly less than competitors. If I take Kingfisher, a well-established British firm, it makes margins of around 7%. This is in line with what Steinhoff makes (excluding the US acquisitions) in retail. Steinhoff aggregate margin of 11% includes supply chain and manufacturing. Dunelm, another British firm that is a homewares retailer, made an operating margin of 13,5% in 2017 and 14,6% in 2016, higher than Steinhoff.

I reverse brand management income anyway as non-cash and make an adjustment to the tax line to get a lower earnings figure than reported, roughly 20%.

Market contagion has spilled over to STAR, with the stock down around 30% from the high. This is a solid asset and I estimate the forward PE ratio has now dropped to 15x from a trailing 25x at one point. Shoprite too has edged down from recent highs.

The market cap of STAR at a price of R18,00 is R62 billion with the Steinhoff share R48 billion, the equivalent of R11,34 per Steinhoff share, which is roughly Steinhoff’s market cap and implying that the parent has no worth.

In fact, given unfolding developments, the separate listing of STAR has been a blessing in disguise as it at least provides an independent valuation reference point. Absent STAR, which is bizarrely anchoring the parent, we could have seen greater downside.

The fear of the unknown and severe knock to confidence is driving the Steinhoff price and volume.

In my note “Ruptured Reputation” I observed that whilst there is the potential for fundamental value to be released off depressed levels, this takes a back seat to extreme negative sentiment for now.