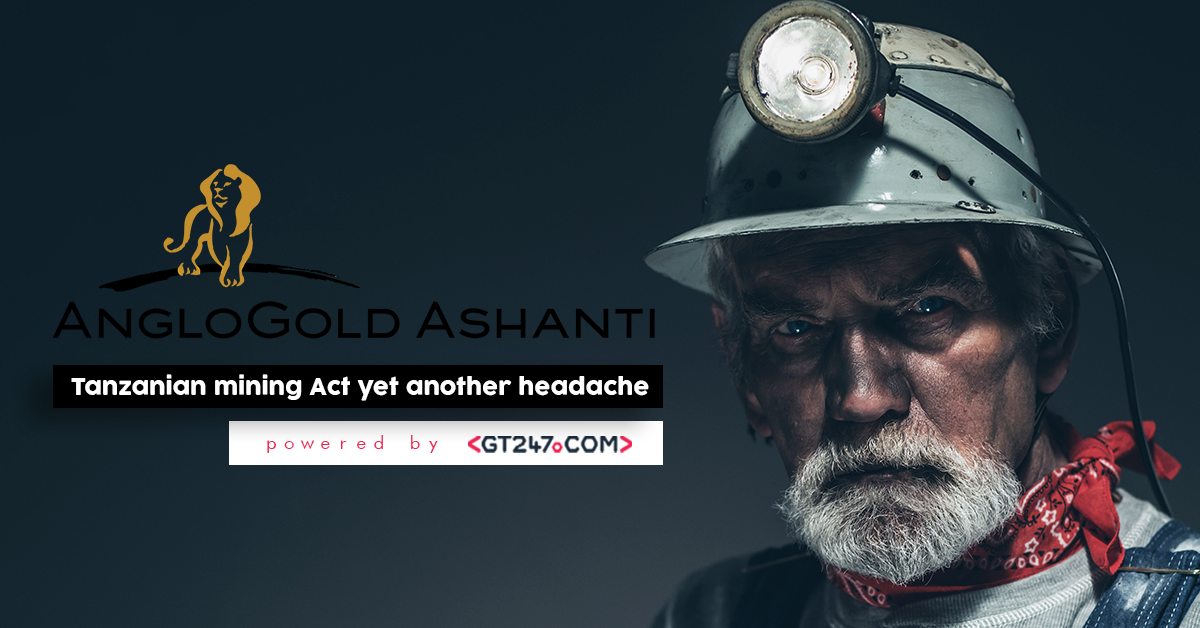 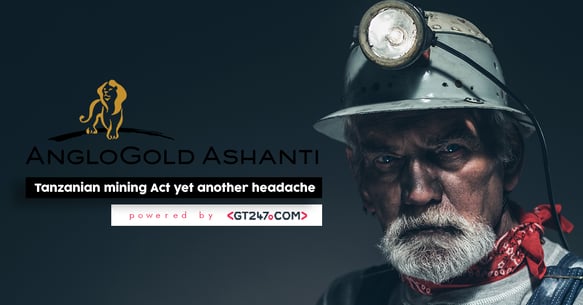 "Tanzanian mining Act yet another headache"

Following on from the gazetting of the flawed Mining Charter, on 15 June, and the announcement on 28 June that AngloGold Ashanti would be cutting of 8 500 jobs in South Africa (30% of the SA workforce), which affects Kopanang and TauTona mines, there is further unpleasant news out of Africa – this time Tanzania.

Investors require proper perspective in this regard so the following analysis is intended to contextualise the situation. I have provided background to the situation in Tanzania and quantified the valuation hit in a worst-case scenario.

Firstly, the background to the situation in Tanzania.

The Tanzanian government of late has adopted a hard stance on mining companies, going as far as to cancel mining licences and, in March 2017, banning gold exports for a time.

Now, there is the enactment of the Natural Wealth and Resources (Permanent Sovereignty) Act. This Act is on the Parliament of Tanzania website.

If you think the Mining Charter is flawed, this new Tanzanian Act gives it stiff competition in the lunacy stakes.

AngloGold Ashanti has a Mine Development Agreement or MDA with the government in respect of the Geita gold mine in Tanzania, which was key to investment in Tanzania in the first place when the gold price was low and there was no precedent for such developments in the country going back to the late 1990s.

Geita is a flagship mine now in the AngloGold Ashanti portfolio. It is located in the Mwanza region of north-west Tanzania, in the Lake Victoria goldfields. Geita was mined as a multiple openpit operation until 2015 and underground mining started in 2016. Employees number 3 700 or 7% of total group staff complement.

Continental Africa, other than South Africa, accounts for 1,3 million ounces or 36% of group production with Geita in Tanzania 37% of that production or 489k ounces (i.e. 14% of group).

Current life of mine is approximately 2025 but could go well beyond that. Recoverable grade is 2,7 grams/ton, which is on the low side for gold mining. However, productivity is quite good at 21/oz per total employee costed and cash costs of $530/oz and all-in-sustaining costs of $844/oz in 2016 are in the lower quartile of industry norms.

AngloGold Ashanti has been spending substantially on capex at Geita - $119 million in 2016, or 15% of group-wide capex, and a cumulative $724 million over five years.

In 2016, Geita contributed $72 million in corporate tax to Tanzania with $130 million in total tax collected, directly or indirectly. Over 20 years the tax yield is $1 billion.

Tanzania is thus an important mine for AngloGold Ashanti and for Tanzania.

These enacted legal and fiscal changes, which could capsize the MDA, would be harmful to AngloGold Ashanti’s Tanzanian business.

The Act introduces business uncertainty and the scope for potentially unilateral, albeit “legal”, partial confiscation.

The Act also poses the question of repatriating funds as there are constraints on the operation of off-shore bank accounts.

The revenue royalty is already high at 4% and an increase to 6%, off the top, disproportionately hits earnings.

The company will try and seek clarity from the government on the status of the MDA in relation to this new Act.

The other recourse, which AngloGold Ashanti is embarking on, is arbitration under the rules of the United Nations Commission on International Trade Law, which is provided for in the original MDA.

The UNCITRAL Arbitration Rules provide a comprehensive set of procedural rules upon which parties may agree for the conduct of arbitral proceedings arising out of their commercial relationship. These were adopted in 1976 and have been used for the settlement of a broad range of disputes.

On my updated discounted cash flow valuation, Geita is one of the more important mines in the valuation equation.

Geita is valued at R15 billion or $1,1 billion. Of the gross group valuation of R135 billion, before unallocated costs and debt, that is over 11%. On an EV/EBITDA calculation Geita is as much as 15%, which is in line with its share of production for the group.

I have assumed negative values for Kopanang and TaoTona in South Africa. However, this does not make much difference to the total valuation. Mponeng is the most valuable South African asset followed by Moab Khotsong.

My revised valuation for the total group is R169 per share. 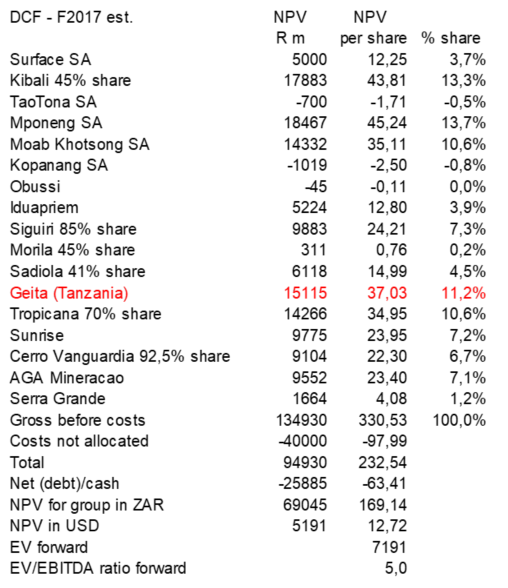 Sadly, the share of South African mines in profitability is dwindling and if I exclude group overhead the gross contribution to EBITDA is 10,4% this year. This fact alone indicates that the Mining Charter would be the final nail in the coffin if ever implemented as conceived.

The share price has been trending weaker since the news of the Charter. Cost cutting in South Africa would ordinarily have a positive net present value effect and be a lift to group value, as loss-making shafts are shut. But a combination of toxic politics and permanent uncertainty means these factors tend to take precedence over company specific fundamentals.

Legislative worries in South Africa have now been joined by legislative concern in Tanzania and the effect of that in relation to a long-standing agreement.

At R131, AngloGold Ashanti offers reasonably good fundamental value, absent the negative macros. But exposure to stocks in these volatile mining and currency markets means a geared position should be treated with caution and even small wins, if they come, banked or losses cut.