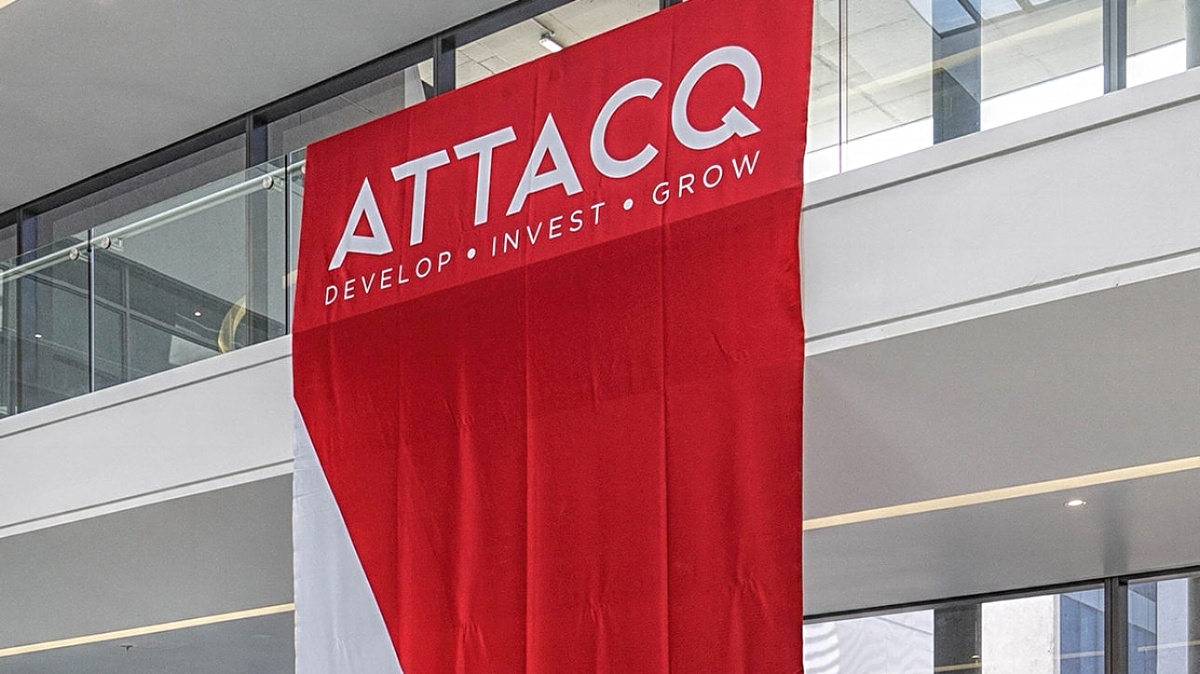 Attacq has proclaimed to be a “capital growth company in the real estate sector.” This meant no distributions to shareholders, who would see the fruits of their investment revealed in a growing net asset value and presumably growth in the share price.

Since listing in late 2013, the company has stuck to this philosophy that has distinguished it from rivals such as Growthpoint. REIT’s provide predictable distributable income to investors from their rental income. As a yield play, a REIT is susceptible to changes in long bonds and other interest rates but the absolute distribution is unaffected and typically increases in line with inflation.

Attacq’s NAV track record since 2005 is impressive and in the past three years 14,4% compound growth in net asset value per share has been achieved.

On 13 June, Attacq changed tack. The business is changing initially to a mix of distribution and capital growth for investors and then distributions only, like any other REIT. Attacq is aiming to be a REIT for the 2019 financial year which begins on 1 July 2018. Assets are up for sale and the balance sheet will be degeared.

For the financial year ending 30 June 2018, before becoming a formal REIT, Attacq will adopt a dividend policy that distributes free funds available. The company is targeting a maiden dividend payment of 73 cents per share with 20% growth per annum for the three years thereafter.  This anticipated medium-term return is superior relative to peers.

There are a few reasons. Since Mall of Africa was finished, mega project prospects have dimmed. Attacq has matured and its base for growth is higher. Fair value adjustments, over a R1 billion last year, have driven NAV growth but with fewer opportunities this will diminish, as will profits on developments. Capitalisation rates are unlikely to change much.

Going forward, major assets such as the Mall of Africa, the Waterfall development portfolio, and the 30% interest in Europe-focused MAS Real Estate will be the core focus. A weighted average lease expiry of 6,5 years compares favourably with a sector average of 3,5 years.

I estimate that post the strategic rethink South Africa will be 75% of income producing assets with the balance split largely between developments and MAS.

Investors in Attacq will need to gradually adjust their frame of reference from net asset value to dividend per share.

As with other interest rate sensitive stocks, there is therefore a linkage to trends in the long bond yield. There is an inverse relationship between capital values and yield.  Forward yields on a real estate investment trust would trend in line with the government long bonds. Since 2014, bond yields have trended upward and remain vulnerable to changes in investor sentiment, with political developments of particular concern to overseas bond investors.

My estimates for NAV, EPS and DPS for 2017 through 2019 are included in the table below.

Whilst 4,3% seems expensive relative to a Growthpoint, which is on a forward yield of 8,0%, the implied yield on the purely South African portion of income producing assets is around 6,0%. If dividend growth is 20% it suggests that the South African portion is growing at 15%, which is double that of peers. A price to book of 0,75x also compares favourably with Growthpoint at 1,0x although the development portfolio would tend to understate this metric.

Attacq is thus fairly rated at the current share price given its medium-term growth outlook. The transition to an income yielder from a NAV play will place Attacq as an interesting alternative in real estate to traditional investments such as Growthpoint and Redefine. 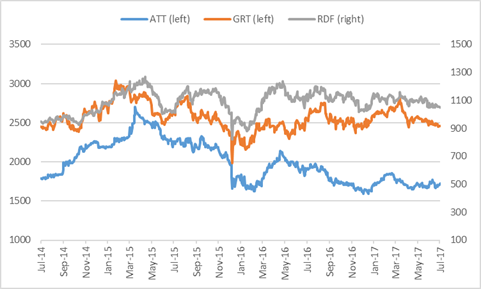 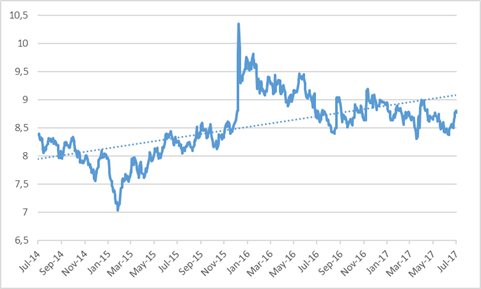