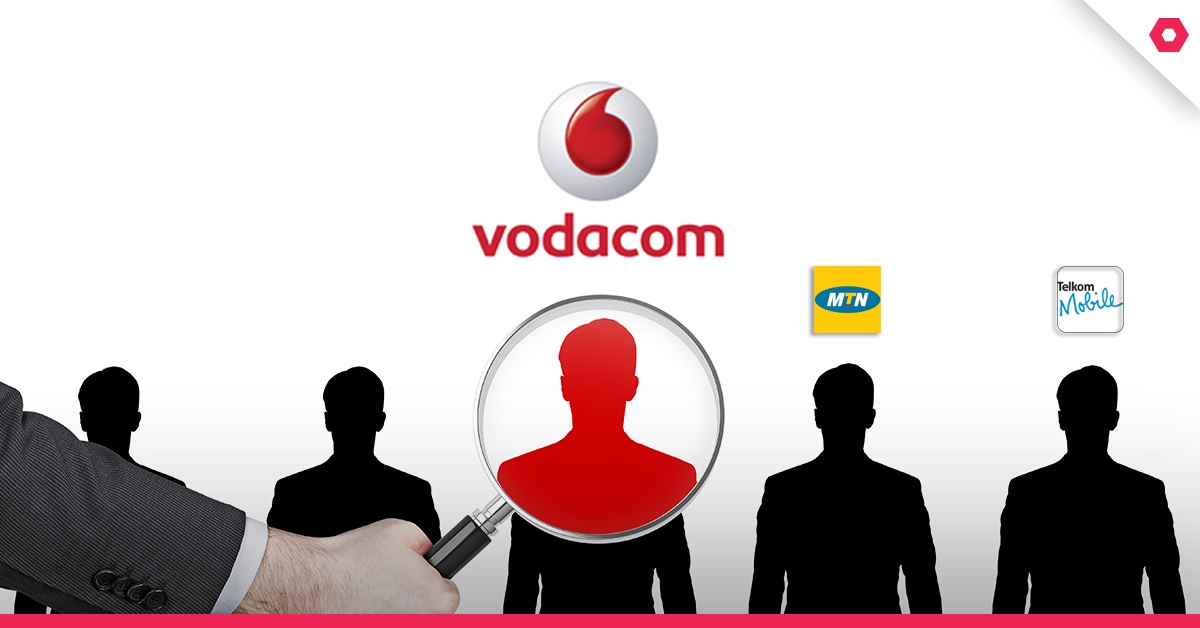 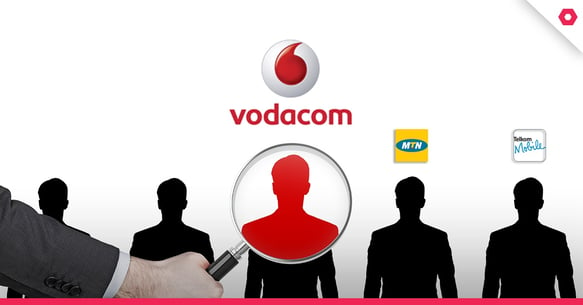 The Competition Commission is investigating Vodacom for alleged abuse of market dominance in securing a mobile services contract with government. Is this sufficient reason to avoid the stock? The short answer is probably not, as I explain. In fact, the stock has retreated quite nicely from recent levels around R180 and offers opportunity for fresh money.

This contract is worth R5 billion and lasts for four years and was awarded last year, essentially an extension of an existing contract. What is odd is that the Competition Commission was involved with the eighteen-month tender process. Vodacom just so happened to offer a good deal.

Telkom put up a fuss, indicating they were going to sue Treasury on procedural, substantive, and moral grounds – the latter to do with the fact that Vodacom is majority owned by the UK parent and thus a chunk of cash flows offshore.

On the procedural issue, which is more to do with government than Vodacom, there may be something to answer. The procurement officer would likely need to reach out to the twenty government departments that the officer was contracting for. But this is not what the Competition Commission is targeting and it is does not have application to the Competition Act.

Whether there is an incentive for the contract is something else and the Commission says that the exclusive contract may constitute an exclusionary abuse of dominance, referring to section 8 (d) of the Act.

To suggest that Vodacom would have been complicit in any or all of the above is stretching things a bit.

The Competition Commission is required to get evidence and decide if there is a basis for complaint.

There appears no evidence that Vodacom is in breach of the Competition Act. Competitors may be cheesed off but that is another matter.

Also, there does not appear to be any particular incentive that benefits all government departments equally unless there is an extension clause that prohibits rivals like MTN and Telkom from competing on a level playing field.

Saying that this four-year contract, which if invoiced annually at R1,25 billion would equate to 1,5% of annual revenue for Vodacom, is entrenching a dominant position, distorting of competition, putting up a barrier to entry, and making others lose market share is also a bit of a stretch.

If, let’s say, Vodacom is a better competitor and others lose market share, that is not against the Act. The Competition Act is in place to police underhand actions not prevent a good business getting ahead. You can’t fall back on the Act to get a competitor penalised for being a stronger competitor.

We’ll see what the Competition Commission unearths but on the face of things Vodacom does appear to have good grounds to be surprised by the investigation. The company has said it’ll cooperate.

Vodacom should meantime be regarded on its fundamental commercial merits. The company does have an edge on its three main rivals. Telecommunications companies are not high earnings growth investments, at best Vodacom will grow earnings per share at a compound rate of 5% over the coming three years. But the company does have a policy to pay out 90% of earnings and so there is yield attraction at a reasonable price with the forward gross yield 5,6%.

Vodacom and MTN based to 100 over three years 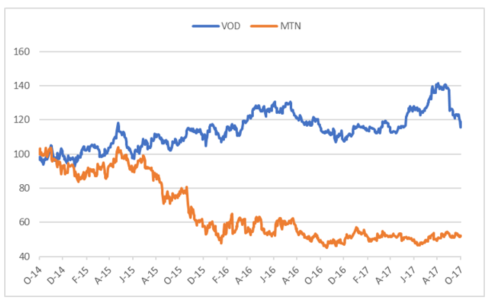 In August, I did a trade idea on buying (long) Pick n Pay Stores Limited (PIK) as the technical set up looked great for a long trade. Unfortunately, it started out well but did not reach my first Target price and missed it with a couple of points. The retail sector has been taking a bit of a beating lately and we saw the price of Pick n Pay Stores Limited (PIK) move lower from end of August to now where it is currently finding some support at the 5500c level.

Pick n Pay Stores Limited (PIK) are releasing their interim results on the 17th of October and I thought it would be great to give an overview from a technical aspect on possible outcomes.

The price has been testing the 5286c and 5486c support levels over the last year and still needs to break this level. When the results come out these are the levels to be aware off if the market takes negatively to the result outcome as the price will move lower. 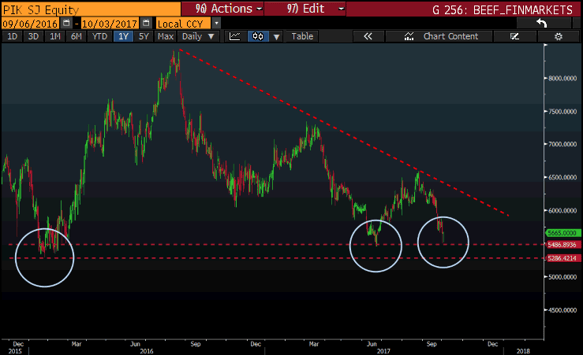 So, if we take a closer look at the chart we can see that the MACD indicator is still pointing down and has not turned up, signifying that there might be more downside to come before the price moves higher putting outcome 2 into play as possible outcome before it moves higher.