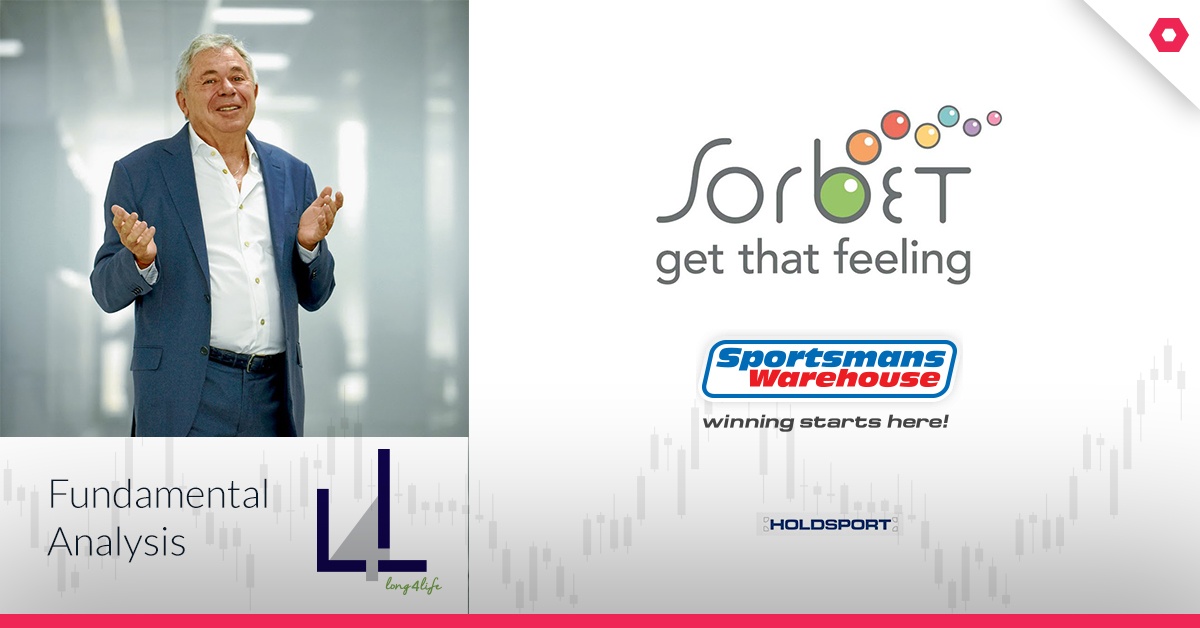 The indefatigable Brian Joffe, who recently turned 70 years of age, has invested his considerable business acumen in a start-up called Long4Life. This reminds me of Bidvest back in 1988, Brian’s first start-up when he was barely in to his 40s. Long4Life has gone from zero a few months ago to a market capitalisation of over R2 billion and when the Holdsport deal closes shortly we’ll be looking at R5 billion. This is a good time to take advantage of excellent value for future capital appreciation.

“From a standing start to R5 billion”

Shares in issue will increase to over 900 million shortly

Market cap will rise to approximately R5 billion from November

The indefatigable Brian Joffe, who recently turned 70 years of age, has invested his considerable business acumen in a start-up called Long4Life. This reminds me of Bidvest back in 1988, Brian’s first start-up when he was barely in to his 40s. Long4Life has gone from zero a few months ago to a market capitalisation of over R2 billion and when the Holdsport deal closes shortly we’ll be looking at R5 billion. This is a good time to take advantage of excellent value for future capital appreciation.

Long4Life has reported a maiden interim result for the six months ended 30 September 2017. The financials are a sideshow, essentially reflecting interest income on the R2 billion in cash raised from institutional investors ahead of listing on the JSE on 7 April 2017. Joffe participated to the extent of 6% with his own money.

But considerable activity has already occurred, and we’ll see that better reflected in the full year result. The year end will now be February. But expect this new business to continue changing shape as it is a work in progress. The intention is to invest in leisure and lifestyle assets and seek out entrepreneurial opportunities.

The focus will be on South Africa, at least in the early years, and Joffe sees value opportunity in the current economic and political turmoil. Bidvest was started, with R8 million, in 1988, and the backdrop then was also rather gloomy.

Sorbet has been acquired for R116 million, paid for in cash and shares. The primary business EBITDA is R14 million, so the EV/EBITDA multiple is 8,3x. This will be the nucleus of a personal care and wellness segment. 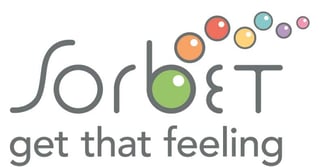 Sorbet offers beauty therapy treatments and products on a franchise model. There are 191 stores with 5 additional stores to be opened by the end of calendar 2017. There is a branded product agreement with Clicks. Sorbet Man and Candi & Co will be rolled out.

Inhle Beverages has been acquired for R268,9 million, paid for with R210 million in cash and 10,8 million L4L shares. Estimated EBITDA is R55 million for the twelve months ending February 2018 and so the EV/EBITDA multiple is 4,9x.

Inhle is a strategic asset and the first incursion in beverages. The business is the second largest beverage contract packaging business in South Africa. A liquor licence was recently acquired.

But the big deal is Holdsport, which has brands such as Sportsmans Warehouse, Outdoor Warehouse, First Ascent, Capestorm, and Secondskins. Started in 1996, Holdsport was listed on the JSE on 18 July 2011 but will delist in early November as all conditions have been fulfilled. Holdsport now forms the first part of a Sport & Recreation segment.

Long4Life valued Holdsport at R63 per share and with 41,6 million shares in issue the total equity valuation is R2,6 billion. There was very little debt. On a F2017 EBITDA of R361 million and headline earnings of R205 million, before forex adjustments, the EV/EBITDA was multiple 7,5x and the PE multiple 12,8x.

What is important to understand is that Holdsport has big implications for the market value of Long4Life as the deal was done, with the backing of major institutions invested in the company, largely in Long4Life shares.

With the Holdsport deal done and dusted, it will entail approximately 500 million new Long4Life shares, depending on acceptances for up to R204 million in cash.

From November onwards, shares in issue at Long4Life increase from 420,5 million to about 920 million shares. That means the market capitalisation of Long4Life will increase to close to R5 billion. That isn’t bad for a company that didn’t even exist at the beginning of 2017.

Long4Life still has cash available, post the recent acquisitions, of approximately R1,6 billion. There is scope to gear against its new cash generating assets and cash balances. The cash capacity to acquire is therefore approximately R2,5 billion plus there is the potential issue further scrip as acquisition currency.

I estimate that Long4Life could be a R10 billion market cap company within a year or two.

Shareholders need not fret that Joffe is going to overpay or dilute their interests. Use of paper will only be considered if it adds value.

In valuing the company, a peer comparison with a company like AVI is more appropriate than a Brait. This is a business that will have proper see-through earnings and cash flow. Unlike Brait, there will be no geared elements to the ownership structures, like what you find in private equity.

In many respects, Long4Life is a Bidvest #2 with a similar business philosophy and a decentralised operating model. There will be no large head office. Joffe will add to his small team as necessary and there will be managers that come with assets acquired that could also potentially have a Group role.

In leaving Bidvest behind and assuming a non-executive role at Bidcorp, Joffe has gained a new lease on life, with the company name reflecting that. As a young 70, Joffe’s latest start-up, which is typically the domain of 20-something internet types in places like Silicon Valley, has once again seen opportunity where others see problems.

The current valuation is not fully reflecting the recent acquisitions, which collectively exceed R400 million in annual EBITDA and equity value of R3 billion.

The run rate on earnings per share is approximately 32 cents if I just take the current assets on an annualised basis and add some interest income from the cash. That means a PE ratio of 16,0x, which is very reasonable for a business that is going to grow rapidly, both through acquisition and organically.

These current assets, and there will be many more to come, have good potential to be better and bigger businesses within a Long4Life home, benefitting from Joffe’s inimitable style of leadership.

It is worth remembering how much value that initial R8 million to start Bidvest created. Before the Bidcorp unbundling announcement, the Bidvest share price on 29 January 2016 was R311. The current combined share price for Bidcorp and Bidvest is R485, a 56% increase. The combined market value of the two is R160 billion. That first R8 million travelled quite some distance.

Investors too can look forward to commencement of dividends with effect from the February 2018 financial year. These dividends will be declared out of results of the operating companies and not out of the cash raised to grow Long4Life.