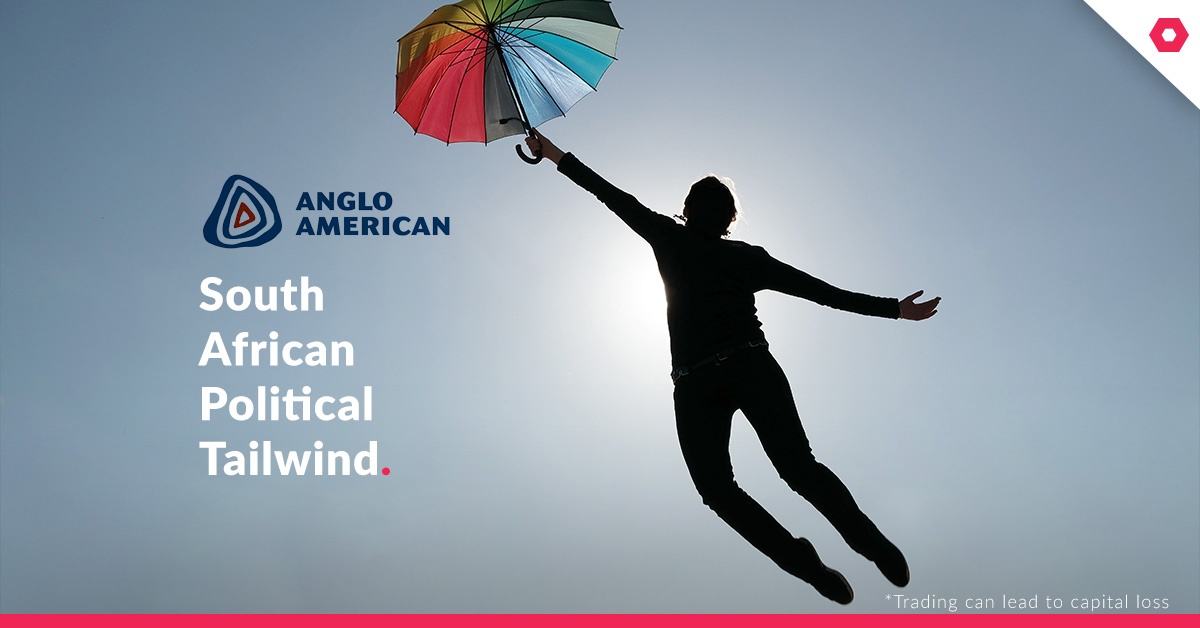 A week is a long time in politics, a quote attributed to British Prime Minister Harold Wilson. In South Africa, the winds of political change have gusted in, promising a hopeful future. The financial markets have been euphoric, perhaps rather too much. But mining could be a key beneficiary in time and Anglo American, with a large proportion of profits generated in South Africa, would be one of those. The Group remains underrated relative to peers. Given the political developments I’ve taken a more upbeat view on the stock and have raised the valuation due to the risk discount easing. Anglo American is valued on a DCF basis at R270 and the target price is R360.

Anglo American is more susceptible to political risk factors than other diversified miners such as Glencore or BHP Billiton. This is because it is still very exposed to South Africa. Paradoxically, what was a millstone could switch to a point in favour if the new political dispensation unfolding has positive implications for mining industry stability and policy certainty.

On my latest 2018 estimates, approximately $4 billion of the $10 billion in EBITDA will be generated in South Africa. Whilst the South Africa contribution has fallen from 50% a few years ago the share remains considerable and is still likely to be above 30% in a few years’ time.

Cash flows from operations are estimated at $8 billion with capital expenditure $2,5 billion. The Group is estimated to be in a net cash position of $2,5 billion. Assuming shareholder equity of $31 billion net asset value per share will be $24 or approximately R280, which is where the share price is currently.

Foreign fund managers have been lukewarm to Anglo for years due to the large South African footprint and so the risk discount to Australian majors was higher. The unlisted assets were at a 30% discount to peers. Some strategic and expensive missteps, such as Minas Rio in Brazil, have not helped. 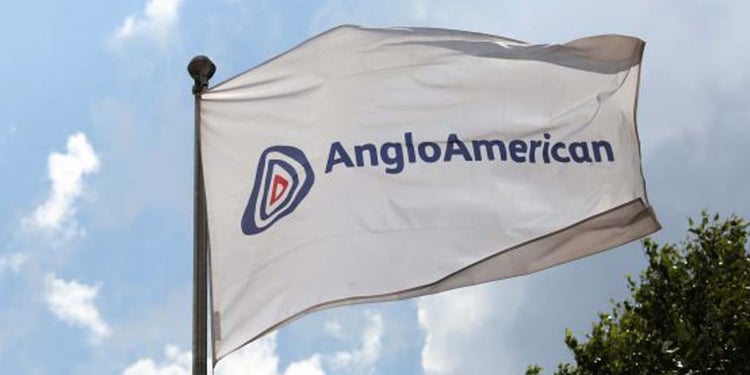 However, there has been rationalisation of the portfolio with $4,5 billion worth of divestments in the past few years.

A retreat from South African was previously seen as the way to unlock value but this is not necessarily the case now. A catch up to international peers is feasible.

Whilst a stronger rand will dampen earnings, due to rand costs, the fact that the country risk has improved will attract foreign fund managers underweight the stock. If we see investor friendly action on mining legislation, and the Charter especially, then this will further add to Anglo’s appeal.

On a DCF basis, I value Anglo American at a fair value of £16,50 or R270 whilst my target price increases to £22,00 and R360. The forward PE ratio is only 6,6x whilst the dividend yield is 6,1%. Price to book is 1,0x, in other words the market value of Anglo American is equivalent to estimated shareholder equity in F2018. 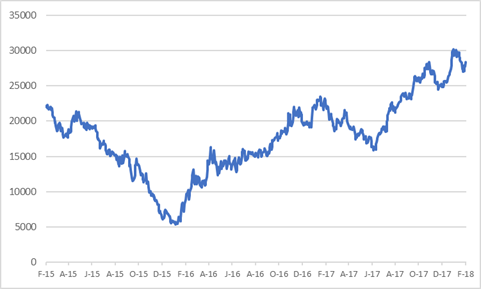