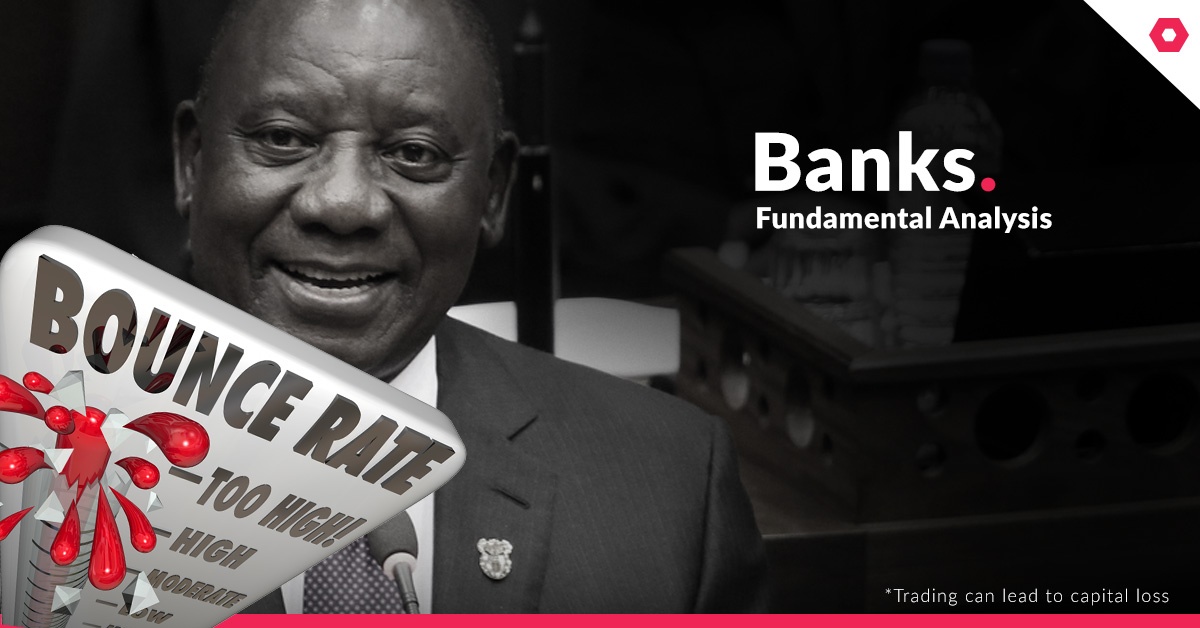 The big four banks, FirstRand, Standard Bank, Barclays Africa Group, and Nedbank, are particularly sensitive to fluctuations in long bond yields, the primary driver of the value of bank share prices which exhibit an inverse relationship to the ten-year government bond yield. The Ramaphosa era rally in bonds has had a significant positive valuation effect on bank ratings and share prices, too significant in my view. The R186 long bond has fallen by 130 basis points since early December but short rates remain on hold for now with the possibility of a 0,25% reduction at some point. The relief rally in interest rate sensitive stocks has now run its course and investors should be orientated to taking money off the table.

Last year, I was bearish long exposure to the big four banks, FirstRand, Standard Bank, Barclays Africa Group, and Nedbank. In a cauldron of toxic politics, fiscal delinquency in government, and ratings agencies downgrading, banks and other interest rate sensitive stocks were particularly vulnerable. In a note in November 2017, ahead of the ANC elective conference, I advised to “keep your powder dry, bank small gains and take small losses on the chin in a market where sentiment is brittle”.

From the current vantage point in March 2018, last year looks like another country.

In that pre-electoral conference note, the average exit PE of the big four banks on my spreadsheet was 10,2x whereas today it is 12,8x, 30% higher.

The forward dividend yield has gone from 5,9% on average in November to 4,8%, a nearly 20% gain with the lower yield translating to a higher rating.

The price to book ratio, a useful metric on banks, has risen from 1,8x to 2,3x, also up almost 30% since November.

My aggregate 3-year compound growth expectation has risen from 6,8% in November to 8,1% on a more stable and positive outlook.

Forecast and valuation metrics for the big four banks 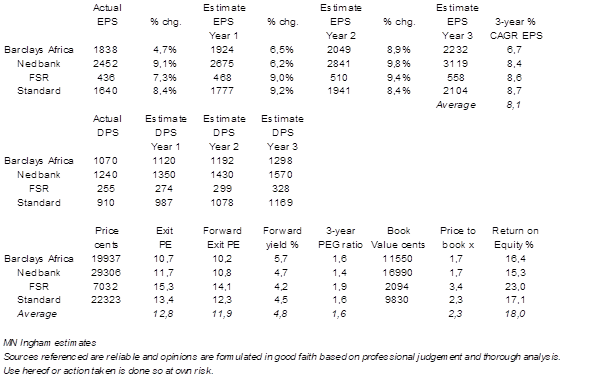 The graph of the J835 and is a good proxy for the big four banks. The low point of around 5 500 on the Index takes us back to the dark days of Nenegate in December 2015. 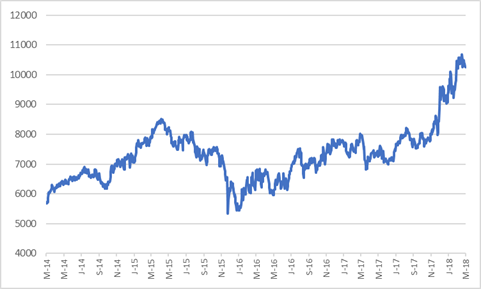 Banks are particularly sensitive to fluctuations in long bond yields, the primary driver of the value of bank share prices which exhibit an inverse relationship to the ten-year government bond yield. The R186 has had a choppy ride this past four years, so unsurprisingly bank stock prices have been buffeted. 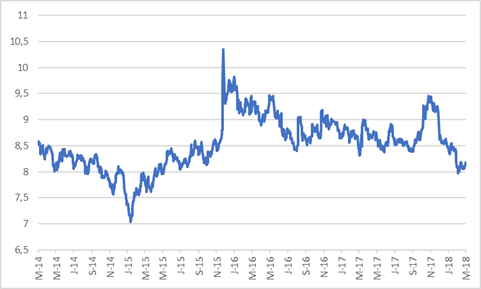 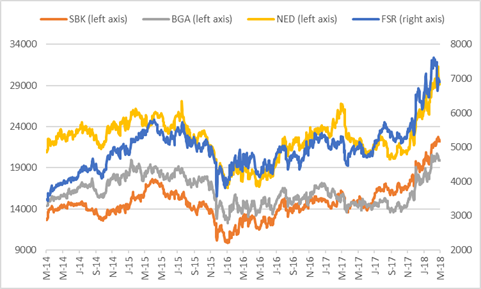 If the currency is shorthand for the share price of the country, then the rand says it all. 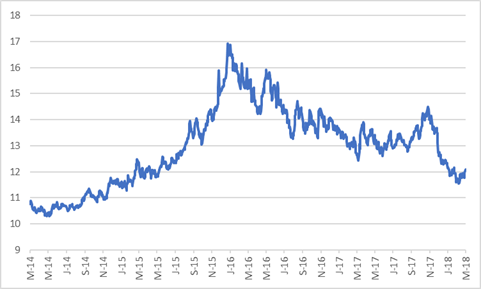 There has been improved investor appetite for government bonds at the same time as domestic orientated stocks such as banks have risen in value. As the R186 graph shows, the yield has fallen from 9,4% in November to 8,1% at the time of writing.

A 130-basis point downward move in the yield, and a corresponding increase in the capital value of a bond, is a relatively big move. This shows that South African debt has been rerated upward, even though we are still stuck with fiscal and economic challenges. But hardly any country these days has a proverbial clean shirt so there is a certain benefit of the doubt premium being given whereas there was none before Ramaphosa became president.

Although the long bond yield is down, we are unlikely to see short term rates move as much. The consensus view is that 25-basis points is possible on the Repo rate, maybe even 50-basis points through 2018.

Banks are thus reflecting reduced political risk, and a lower cost of funding for government debt in future, and dramatically improved economic confidence. Although my mathematical calculations suggest that share prices have gone too far, given the interest rate scenario, there is also a re-rating above that which has pushed shares beyond where a static modelling scenario would have them.

I calculate that a present value effect of between 25% and 30% would be reasonable for bank shares relative to the situation in November. Anything above that is pricey, not least given that earnings growth is likely to be modest over a three-year cycle.

Nominal GDP + a bit of a premium, especially as all the banks have operations to a greater or lesser extent outside of South Africa, is a realistic rule of thumb for earnings. FirstRand is growing in Britain too through the acquisition of Aldermore, which I think is a good deal for both parties. 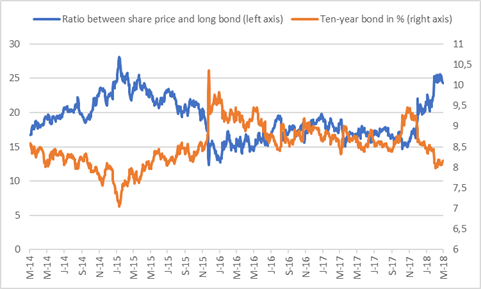 Of the big four, Barclays is the lowest rated, even at R199 per share, but that does not mean it warrants a catch up to say FirstRand. But is does offer the most attractive forward yield at 5,7%, albeit less attractive than a few months ago. Barclays, soon to be ABSA, arguably had the best potential to rerate but that is now behind it.

Standard Bank now yields 4,5%, which is a little thin. Price to book is quite a bit higher now than Barclays Africa and Nedbank. Fairer value for the stock would be around 10% lower at R200 compared with R223 currently.

Nedbank, like Standard, has a sub 5% yield. Levels closer to R270 rather than R290 would be fairer pricing.

FirstRand remains my preferred exposure and I have valued FirstRand at R65 per share. Current levels around R70 are a bit steep, although the stock has declined for a recent high of R76. The yield is the lowest of the big four but for good reason.

For an easier read of this note, click here.