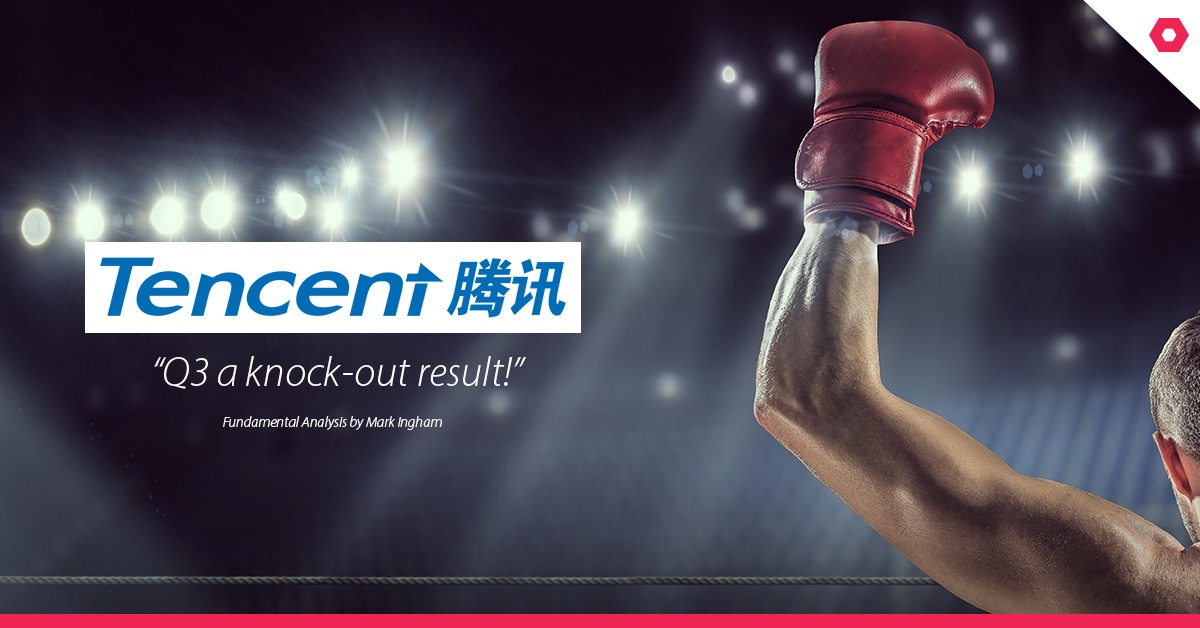 Tencent, 33,3% owned by Naspers, continues to outperform market expectations and for the third quarter of F2017 increased non-GAAP earnings per share by 45% to CN¥1,812. With nine months of the financial year reported on, non-GAAP EPS is CN¥5,068, an increase of 43%. At this rate, Tencent is likely to end the year with non-GAAP EPS at approximately CN¥6,958 which would be a rise of 44%. The share price is at record levels at HK$403,20 and is the main driver of the Naspers share price.

Tencent’s third quarter revenue and profits were ahead of market expectations, with a strong result in all areas of the business. Mobile games did well due to new product and Honour of Kings whilst digital subscriptions doubled year-on-year and online revenue increased 48%. Payment and cloud continued to grow rapidly with retailers increasingly integrating online and offline product, including loyalty and payment. 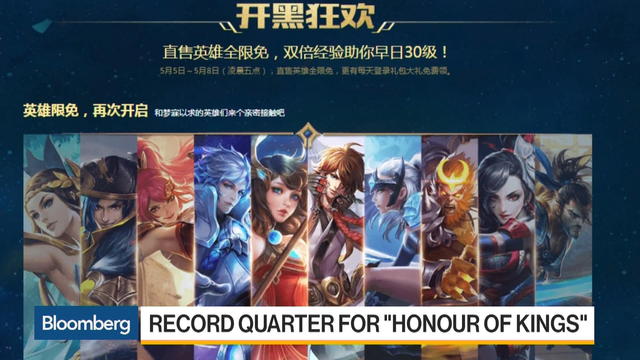 The Tencent Video product is now the top grossing video app in China and development of good content is a focal point for management. The listing of China Literature, the online literature platform, is important in this regard with ongoing investment in original content. Subscriptions to Tencent Video is now 43 million and growing strongly, the biggest video streaming subscriber customer base in China.

The open platform approach is in line with the increased value ascribed to digital content and the plan is to produce, distribute, and commercialise. Tencent is spending CN¥30 billion on revenue sharing, user traffic and industry capacity to create content. The live sports broadcast offering is also a growth area.

Weixin daily active users is now over 900 million, twice that of Alibaba. Daily messaging is up 25% year-on-year to 38 billion of which 16% is voice messages. Daily posts on Wechat Moment are now at 68 million. There are almost 800 million on active monthly public accounts. Offline payment is growing exponentially, up 280% year-on-year. Mini-programs in areas such as ecommerce are also important in online to offline.

There is no let-up in games growth. Tencent has seven of the top fifteen grossing mobile games in China, including number one position with Honour of Kings.

Tencent is also growing in payment, with increased market share in mobile, and has signed with over 40 financial institutions for online clearance. WeChat Pay will shortly charge customers who make CN¥5,000 in credit card payments a month a 0,1% fee, another revenue source.

With the share price at HK$403,20 the 2017 PE ratio of 49x is not particularly demanding for a business that is not only growing strongly but innovating continually. This PE ratio degrades to 44,5x for F2018.

Three-year compound EPS growth is estimated at 32%. With 2017 largely in the bag, the forward price earnings to growth ratio is thus 1,5x, which is reasonable and less than an expensive retailer such as Mr Price on the JSE with a fraction of the growth. 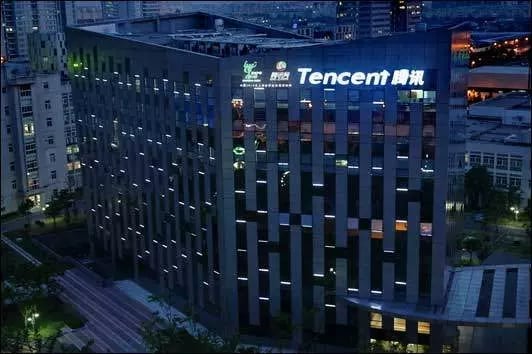 If Naspers reflected its 33,33% share of Tencent the share price would be R5359 per share, 40% higher than the current share price. Even at that level all other assets and investment would be valued at nought. The negative difference between the see-through-value of the Tencent stake and the Naspers market capitalisation is R658 billion or $46 billion.

There is little likelihood of the negative valuation differential closing anytime soon unless Naspers managed assets and investments show evidence of cash generation rather than cash absorption.

Naspers, at 20% of the JSE, has a disproportionate influence, if only because of Tencent, which drags it up. It remains a Buy because of that but not on its fundamental merits. On a relative trading basis, a narrowing discount tends to be a signal to sell with a widening discount a time to buy. 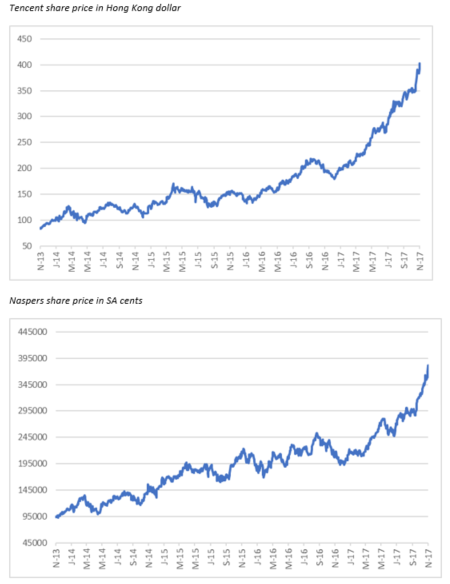