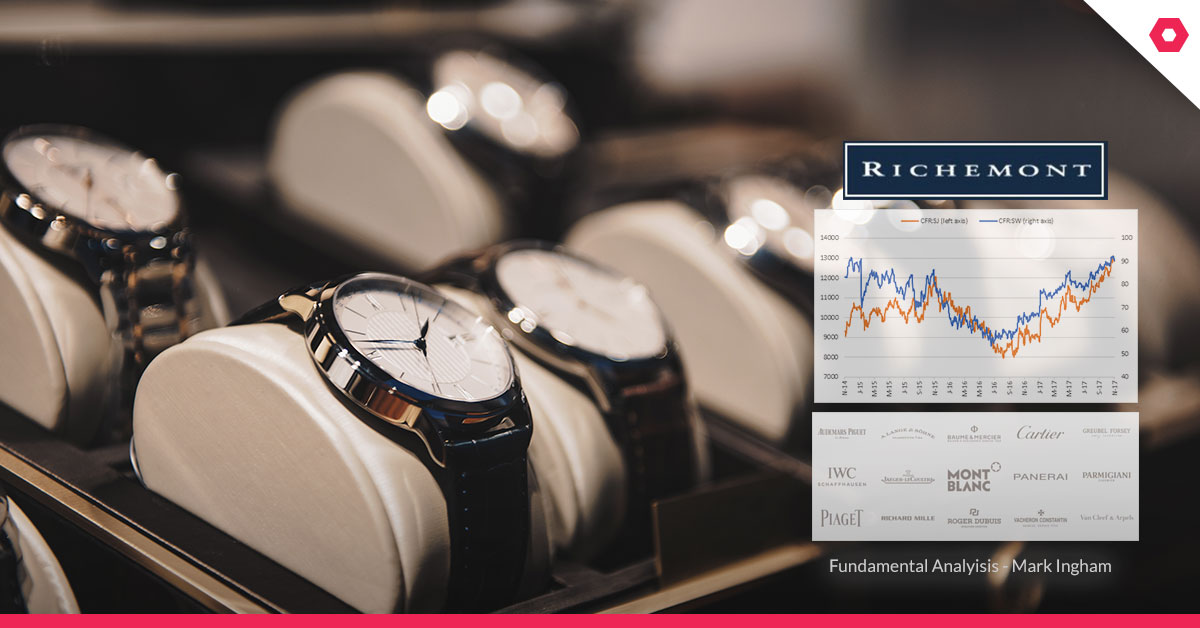 The kernel of the investment case for this maker of glamorous goodies is a robust business model with the flexibility to adapt, steady cash flows, a cash flush balance sheet, and a predictable dividend policy. Dividends have risen every year for the past number of years, whether EPS is up or down. The gross yield is modest at 2% but you can pretty much rely on it off global, not South African, earnings. The latest interim results reflect a Group in good financial health that has restructured operationally to take account of changing demands of luxury goods consumers. A stock for long-term investors.

In the past year, Richemont took some internally disruptive measures to make sure that the Group remains top of its game in luxury goods. A management shake-up, a right-sizing programme, and inventory buy-backs had a short-term impact on results but are now out of the system.

For the six months ended 30 September 2017, sales grew by 10% in actual currency with like-for-like sales up 8% in constant currency if the prior period inventory buy-back is excluded. Operating profit grew by 46% and by 11% if the prior period abnormal items € 249 million are excluded – a better measure of underlying performance. Similarly, the 80% rise in attributable profit to €974 million is also flattered by the depressed base and would have been closer to 30% like-for-like, assisted by substantially lower finance costs and higher finance income. EPS is €1,727 compared with €0,958.

In the prior year, the dividend increased by 6% to 1,80 Swiss francs, even though reported profits decreased by 46%. I anticipate another real increase this year and have a forecast of CHF1,90 for the year ended March 2018. This would translate to a gross 274 cents at the current exchange rate to the Swiss franc. South African residents are eligible to recover 20% of the 35% Swiss withholding tax to align with domestic dividend withholding tax rate.

Richemont had strong cash flow from operations for the six months and a comfortable net cash position of €4,6 billion, after payment of the annual dividend of €918 million and an investment in Dufry, a travel retail specialist on the Swiss stock exchange with a market cap of CHF7,6 billion, 15% of Richemont’s market cap. Richemont has a 7,5% interest in this duty-free business.

The important Asia-Pacific region accounting for 39% of Group sales, of which China is the largest, is performing well. Sales increased by 25% for the six months with all product categories up and with jewellery and watch sales buoyant. The cessation of inventory buy-backs assisted the result. Japan, reported separately, grew by 7%.  The reopening of the Cartier store in New York in September 2016 and the new Van Cleef & Arpels Design District store in Miami in March 2017 were positive for US sales, up 10% in total at constant exchange rates. 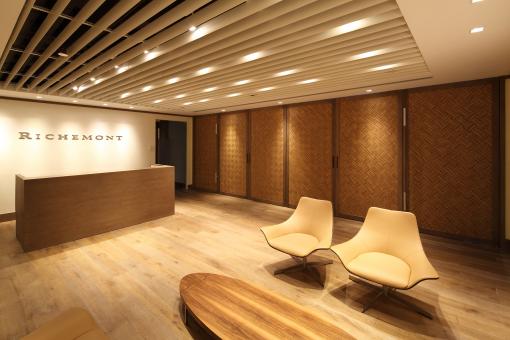 There is evidence that increasing tourism, particularly out of China, is affecting sales in various geographies, with the United Kingdom and Japan beneficially affected of late.

An active programme of product launches across watches and jewellery and accessories is keeping the ranges fresh and appealing.

Richemont reports in euro and the price is made in Swiss franc so investors need to keep the Swiss quoted share price in mind relative to the price on the JSE. I am assuming an exchange rate of R14/CHF for now.

I have kept Richemont a buy even as the stock wobbled on concerns about the luxury goods market in 2016, with the stock rebounded strongly from around CHF60 per share and R80 on the JSE. The concerns were overdone and took no account of management ability to fine-tune the businesses by moving with the times, including recognition of the role online retail is having and digital luxury.

At CHF86 on the SIX or R125 on the JSE, there has been significant recovery from the lows, but the stock is fairly rated. Based on my estimates, the forward F2018 PE ratio is 23x and the forward F2019 ratio is 21x. This is not demanding for a business of this quality. 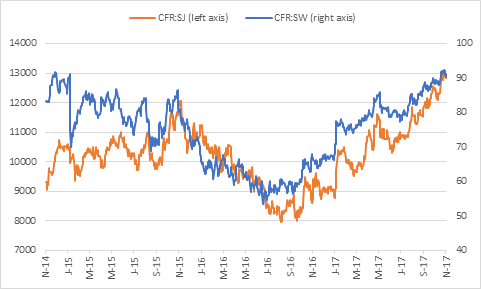