[JSE:MRF] Merafe - A little less bling but still some shine 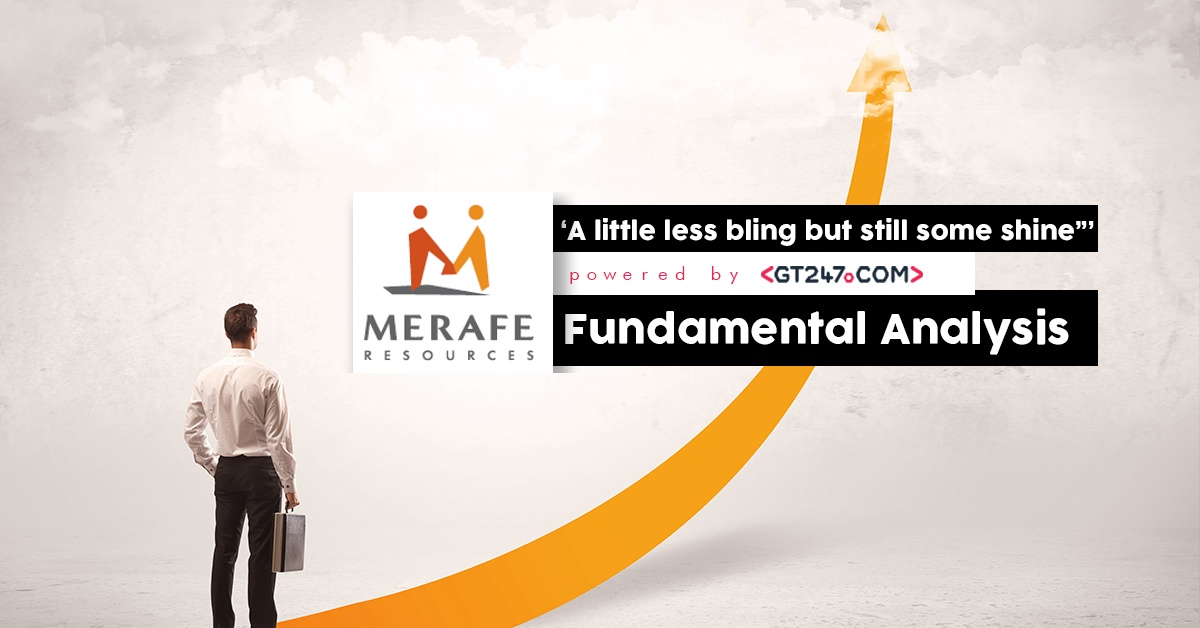 "A little less bling but still some shine"

I mentioned in my recent Glencore note (see “Richer dividend in store”, which was issued on Monday, 14 August) that the mining and commodity trading behemoth has a 79,5% share of the Merafe Pooling and Sharing Joint Venture. This JV dates to 2004 and is today the largest ferrochrome producer globally.

A generous final dividend is feasible this year in the absence of acquisitive growth opportunities. If excess cash to internal requirements is paid out, then over 10 cents per share of R250 million is possible for the full year.

Ferrochrome is an alloy of chromium and iron. Ferroalloys include manganese (of which South32 is an important producer), chromium, and molybdenum.

Ferroalloys contributed 7% of Glencore’s Metals & Minerals segment EBITDA in H1 F2017 and 5% of total group EBITDA. For the six months, EBITDA of $347 million reflects growth of 258%. This is more than its African copper assets. The interim result compares with EBITDA of $423 million for the full year ended December 2016 and $271 million in F2015. Ferrochrome production for the year to December 2017 will be 1,58 million tons.

Improved Chinese stainless-steel production together with a deficit of chrome supply resulted in prices recovering. Reduced manganese ore supply also affected pricing for the commodity. Oversupply set in from Q2 of calendar 2017. The European benchmark ferrochrome price for Q2 2017 was 165 US cents per pound compared with 110 US cents per pound for Q4 2016 and has now settled back at the 110 cents level, still well above levels in early 2016.

Chrome has been one of the better commodities from a pricing point of view, and Glencore too has seen substantially improved pricing for cobalt, zinc, copper, and thermal coal.

Because Merafe is a vertically integrated producer it captures much of the upside on price. About two-thirds of ore is internally sourced with the balance on contracts tied in to index prices. Chrome ore is about 30% of its cost of production and so EBITDA margin is well leveraged to positive pricing developments.

At current likely commodity pricing averages, earnings for Merafe for the year ended December 2017 are estimated to increase from R523 million or 21,1 cents per share to approximately R800 million or 32 cents, a rise of 52%.

These numbers only account for the Merafe share of income. Merafe shares in 20,5% of the EBITDA of the JV and the earnings of R523 million in 2016 are the proportionate share. Glencore gets the lions’ share.

At June, Merafe was ungeared with substantial facilities available. Net asset value of R4,3 billion or 170 cents per share is 30% higher than the current market capitalisation.

The Merafe share price this past twelve months has partly reflected these pricing dynamics, getting close to 200 cents in the early part of 2017 before subsiding.

This is not the best understood miner nor is it particularly well covered by sell-side analysts. However, 29% of shares in issue traded in 2016 so there is availability. Market capitalisation too, at R3,4 billion currently, is quite sizeable. The stock traded in a range of 50 cents to 165 cents and given earnings sensitivity to commodity price variability it makes for an interesting stock traders choice. Excluding Glencore and the IDC, 49% of shares are in public hands.

Merafe is arguably too cheap at this level. At 131 cents, the stock is 4x 2017 anticipated earnings. Even if I assumed more depressed 2015 metals prices, the price earnings ratio is less than 10x. Moreover, at a possible dividend of 10 cents for 2017, the gross annual yield is a chunky 7,6%. On a conservative forward DCF basis, a valuation of around 200 cents is defendable whilst pricing at or around net asset value, or 170 cents, is equally defendable. 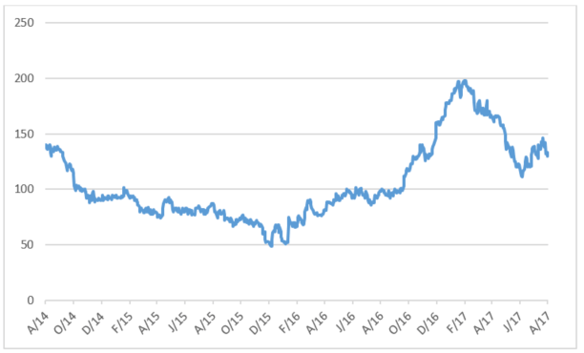