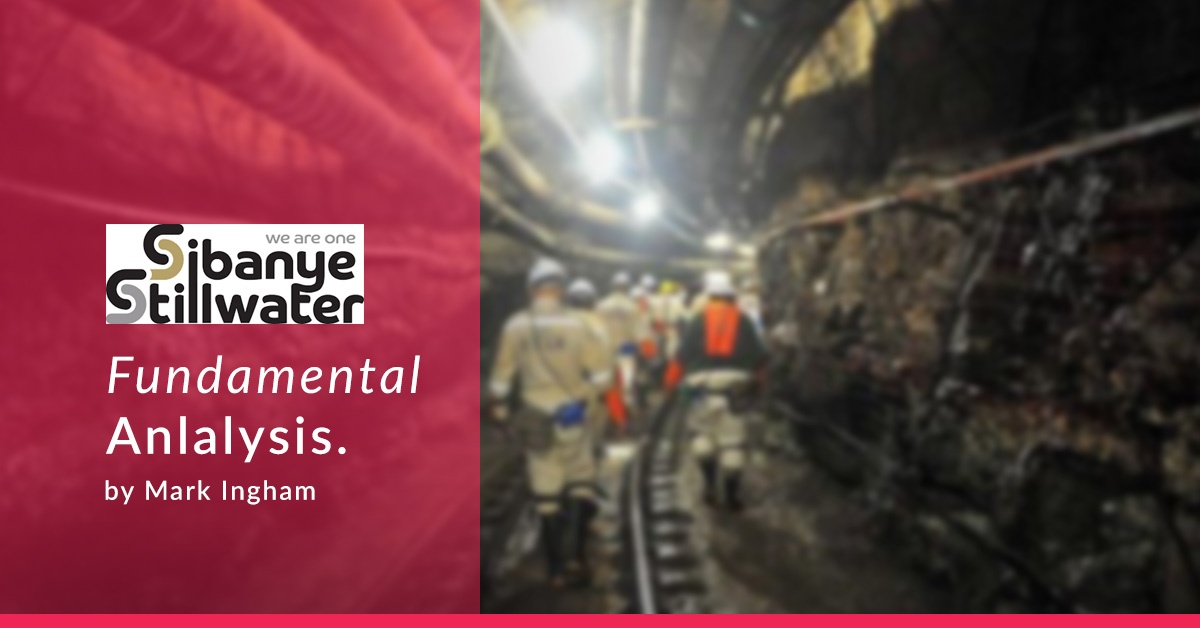 Blended DCF and EV basis I valued Sibanye at R11,75 (contingent on a cash neutral Lonmin situation and the realisation of $120 million in merger synergies should the Lonmin deal go through).

In trading Sibanye, there is a new stumbling block to take in to consideration in addition to Lonmin uncertainties, the cost of shaft stoppages, and Mining Charter issues. This new stumbling block is legal. The company says it “vigorously defend” such action, which is undoubted, but it could be protracted and potentially costly.

Bernstein Liebhard LLP in the United States has represented individuals and institutional clients in private and class action litigation since 1993. It has a record of recovering substantial awards and influencing corporate governance reform. Whilst litigation is widespread in the US, some arguably frivolous, it would be unwise to dismiss this action in considering the investment case for Sibanye.

The firm has filed a securities class action lawsuit against Sibanye, with the aim of recovering Sibanye shareholder investment value losses as a result of accidents and deaths on the mines. Shareholders can join the class action up until 27 August 2018, so we may see more climbing on the band wagon.

Bernstein Liebhard LLP have had a good track record it appears for getting big awards in litigation.

I have to urge that this is unprecedented, there is no history of such a class action in respect of mining fatalities being deemed to have had a detrimental impact on shareholder value, at least in South Africa.

The securities class action lawsuit is on behalf of investors who bought shares in Sibanye during the period 7 April 2017 and 26 June 2018. The firm is thus trying to claim damages through loss of value. The period seems to encompass time during which there were 21 deaths in the gold business and 2 deaths in platinum. Sibanye has had a disproportionate number of deaths in relation to the total industry, roughly half.

Bernstein Liebhard LLP make a claim that Sibanye made false and misleading statements and that the company failed to let on that it had a philosophy of profits first and neglected safety. The law firm claims that statements regarding Sibanye mining operations were false and misleading and had no reasonable basis and that as information became publicly available regarding the safety failures this then harmed the valuation of the company.

The above is difficult to square with the fact that every presentation and result release has a safety section. Visitors to the mines, such as analysts, are taken through a safety induction.

During the period in question the share price has fallen from R34 to around R8. The time period 7 April 2017 through 26 June 2018also has a financially gratuitous aspect to it as it takes a relatively high price as a starting point for the share price.

The weighted average shares in issue was 1,3 billion for the six months ended 30 June 2017 and 2,2 billion for the six months ended December 2011. This is roughly 1,8 billion on a weighted basis for the twelve months. However, the number of shares in issue as at 30 June 2017 was 2,1 billion. As time has gone on the dilution effect has diminished and the run rate on weighted average shares is close to the 2,2 billion now in issue.

Since mid-2017, the market capitalisation has fallen from approximately R30 billion to less than R18 billion currently. But it would be a stretch to assert that a R12 billion loss in market value or around $1 billion can be attributed to the fatalities. There are other factors at play and in any event the share price has a history of being very variable and volatile.

But if the law firm has roughly $1 billion in its sights this is a financial and legal headache of monumental proportions.

Sibanye could not afford to settle on a few million dollars. The company has to conserve cash. Net debt (excluding the Burnstone debt and including a $450 million convertible derivative instrument) was R23,2 billion as at 31 December 2017. Net debt to adjusted EBITDA is 2,6x, just below the long-term covenant ceiling of 2,5x. There is no cash and no facilities to cover a large litigation settlement.

I mentioned in my note dated 7 June (see Sibanye and Lonmin, "Merger uncertainty weighs on value") that on a blended DCF and EV basis I valued Sibanye at R11,75, but contingent on a cash neutral Lonmin situation and the realisation of $120 million in merger synergies should the Lonmin deal go through.

This latest news is decidedly unhelpful and whilst there is value in the share this latest news has added to the detracting factors and further undermined the investment appeal.

Traders and investors should treat SGL with caution until clarity emerges and there are arguably better mining options available, with Anglo American my preferred choice now (see “Anglo American in a good space with respect to draft mining charter” dated 18 June.