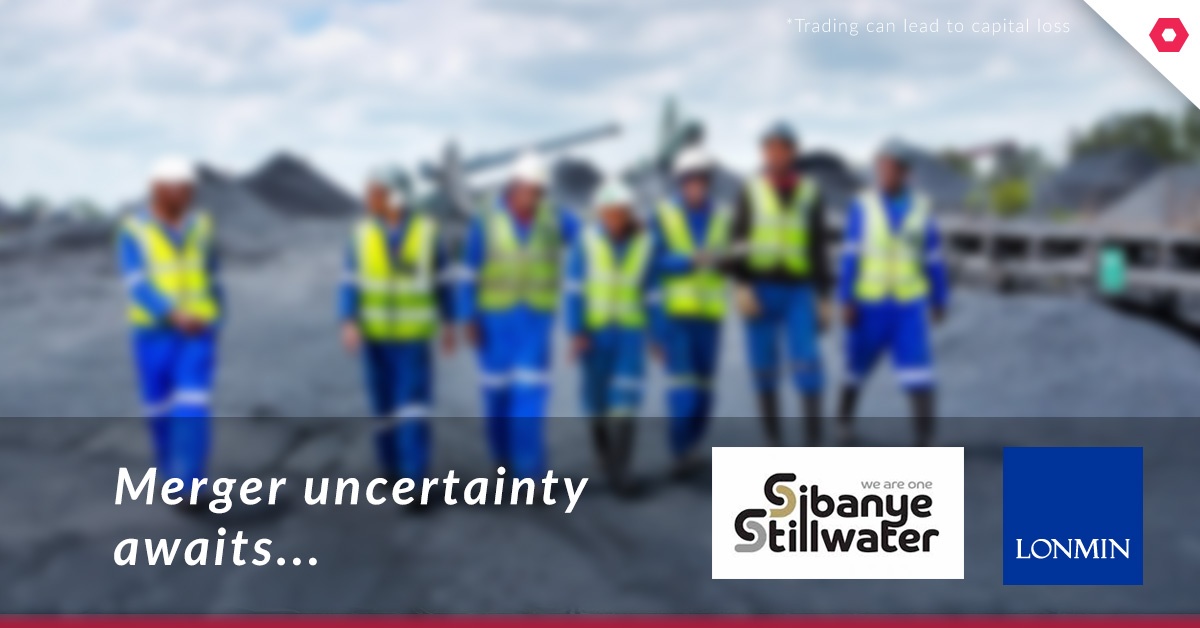 Sibanye has halved in price since the announcement on 14 December 2017 that Sibanye and Lonmin reached agreement on the terms of a recommended all-share offer. Prior to that, sell side analysts had fair values on Sibanye between R15 and R25 a share, and I was in that camp too. Sibanye, at below R9 per share is relatively good value for money. The trouble is, valuing Sibanye at the moment is like trying to nail down jelly. There are known knowns associated with the proposed takeover and some known unknowns. The share prices of Sibanye and Lonmin moved in lockstep for a while, roughly reflecting the share exchange ratio. Of late, there has been a pricing disconnect, with Sibanye outperforming Lonmin, which may imply doubt on the deal going through. However, neither side can just throw in the towel and we have to be patient for the regulatory and legal process, in South Africa and England, to take its course, which takes us through the second half of 2018. Meantime, long Sibanye and short Lonmin remains a theoretically reasonable trade but not for the faint of heart. After this recent run up, Sibanye is vulnerable to a correction. The economic fundamentals are in Sibanye, particular the US operations, and I essentially value Lonmin equity as worthless absent a deal.

Blended fair value per DCF and EV: R11,75 (contingent on a cash neutral Lonmin situation and the realisation of $120 million in merger synergies) 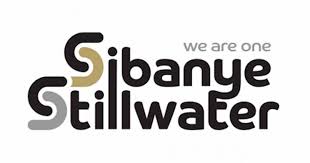 The rationale for Sibanye in buying Lonmin is run the group for cash and cut mining life to about fifteen years. Capex is reduced two shafts closed at Marikana, including Newman and Hossy, whilst no mining will take place at K4, the Rowland extension is stopped, and there will be no exploitation of recently bought Pandora land. Staff cuts number 12,600 regardless of whether or not the deal happened anyway.

There will be increased utilisation of Lonmin’s processing capacity with smelting and refining. The downstream processing business has a replacement value significantly higher than the R2 billion paper cost of the deal. This alone would merit a deal as part of a “mine-to-market” strategy.

If Sibanye shareholders don’t approve the transaction, there is an agreement in principle to discuss asset acquisition. This is well and good but would require real cash changing hands.

Sibanye has to conserve cash, not spend it. Net debt (excluding the Burnstone debt and including a $450 million convertible derivative instrument) was R23,2 billion as at 31 December 2017. Net debt to adjusted EBITDA is 2,6x, just below the long-term covenant ceiling of 2,5x.

Sibanye requires 50% plus one vote shareholder approval but due to materiality of the deal for Lonmin and delisting, to be absorbed within Sibanye, there is 75% present and voting threshold.

The voting hurdle for Sibanye isn’t insurmountable. With Sibanye having Gold One in China as a 19,7% shareholder and the PIC on 8,8% that is 28,5% that is likely to vote yes. United States domiciled shareholders hold 36% collectively but it is impossible to gauge how they’ll vote. South African based shareholders have 30% of the shares and I’d guess that some would favour a deal going through if there is some clarity on the cash flow position on Lonmin.

Lonmin will almost certainly go bust as a stand-alone entity, it is just timing. Shareholders are weary of putting good money after bad.

Replacing the PGM assets contiguous with Sibanye and the processing facilities would cost more than the current market value R2 billion. But that is hardly the point, when Lonmin is burning cash by the day. A condition of the deal is that Lonmin is cash neutral.

There is a material uncertainty relating to Lonmin’s ability to continue as a going concern. Will production and cash flow forecasts be met? Will the Sibanye deal close and will there be shareholder approval and formal competition approval? Will assets be sold to enable Lonmin to repay a $150 million loan?

Lonmin’s loan facility agreements require it to test two covenants related to its tangible net worth every six months. At 31 March 2018, the net worth of $631 million was already well below the covenant threshold of $1,1 billion.

As a result of the Sibanye offer, banks agreed to a waiver of the covenants for the period from 30 September 2017 to 28 February 2019. The waiver is conditional on the completion of the acquisition and will lapse if the acquisition does not complete, lapses or is withdrawn, subject to a 20-business day grace period if Lonmin is engaging with the banks.

Should the Sibanye merger not complete, the banks waiver will cease to apply, and covenants will be reinstated, meaning Lonmin has to repay $150 million.

At 31 March 2018, Lonmin had cash and cash equivalents of $167 million after negative cash flow for the six months of $102 million. Against this are the borrowings of $150 million, giving a net cash position of $17 million. The outlook for the second half is not particularly encouraging.

The Lonmin share price of R7,20 assumes a deal value of R2,0 billion and the gap has widened of late. The share trading patterns had been almost pari passu for a while. 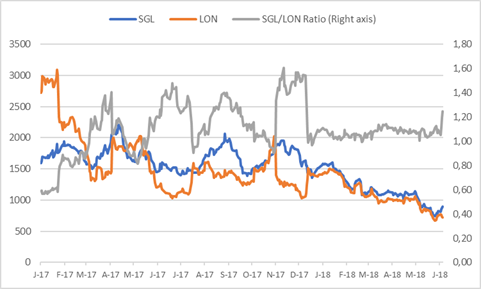 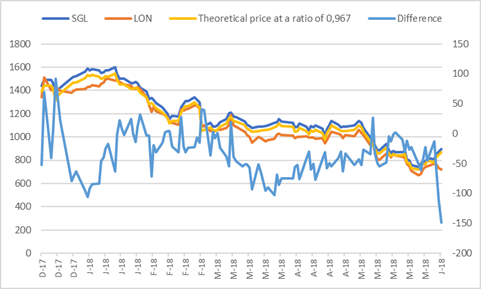 Investors and traders in the stock of Sibanye and Lonmin should not necessarily assume that recent pricing disconnect means bets of the deal going through are now off and that Sibanye will walk away. It is far from being that simple. Legal and regulatory processes in South Africa and England have to follow their proper course.

On a blended DCF and EV basis I value Sibanye at R11,75, contingent on a cash neutral Lonmin situation and the realisation of $120 million in merger synergies.