Optimism over the U.S-China trade negotiations coming to an end were abruptly halted as President Trump shifted his sights to the European Union and Japan for the next round of trade tariff talks.

The European Union has given the go ahead for talks to start with the U.S before we see another trade dispute dragging on for months. Trump has also stated that talks should include the agriculture sector, or he would impose tariffs on European car imports.

The United States has raised concerns over its "very large" trade deficit with Japan in the first round of negotiations between the two nations on a new bilateral trade deal. No agreement was reached on individual issues after two days of discussions, Japan's economy minister said, but the two sides discussed trade issues focusing on goods, including farm products, both nations said. – Reuters

The indicis have been pushing higher over the last two trading sessions an might continue today as China’s GDP number surprised to the upside. The Q1 growth unexpectedly increased 6.4% from the 6.3% expected by analysts. 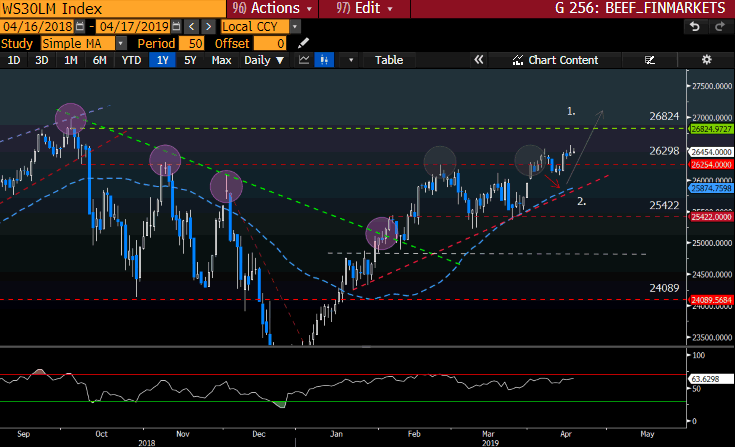