Just as the end was insight for the U.S-China trade war and trade war fears were starting to subside President Trump announced his trade wars aren’t finished yet and a weakening global economy will just have to deal with it. Yes, the President has shifted if focus to the other side of the pond and the EU has tickled his interest.

The Asian session is leading the markets lower today as Trump threatened to impose tariffs on $11 Billion on imports from the European Union (EU) and the International Monetary Fund (IMF) is cutting its global economic growth forecast to the lowest since the financial crises.

The economic calendar is full of economic events to take note of which include the U.K GDP at 10:30 SAST, ECB interest rate decision at 13:45 SAST and the main event later tonight, the FOMC Meeting Minutes scheduled for 20:00 SAST.

With the FOMC Meeting Minutes later tonight which might give some direction to the FED’s outlook for 2019 the markets might just be muted till then. With the FED’s about turn to is policies earlier in the year it seems that a rate cut might be more likely at later stages as the FED is looking for “better Fundamentals” moving forward.

As that isn’t enough the FED has to deal with President Trump remarks from the side lines. The President has been outspoken, pressing the FED to reduce burrowing costs and has gone so far as to nominate two of his political supporters to the FED’s board governors.

The indicis have been on a roller coaster ride the last week as new global economic concerns are raised by the IMF and Trumps new tariffs dispute with the EU saw markets move lower. 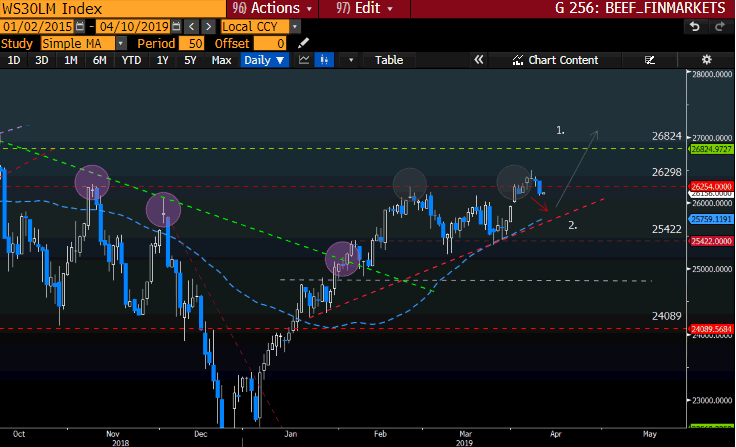 With the International Monetary Fund (IMF) cutting the global economic growth forecast to the lowest since the financial crises I will be looking to the Dow Jones Transportation Average as a leading indicator once more. If we see the Trans Index pick up and start to move higher then technically the Dow Jones Industrial Average should follow suite. 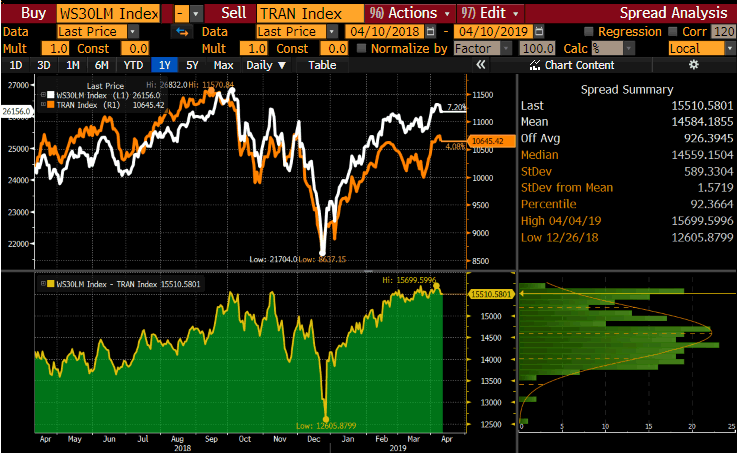