With a second U.S Government shutdown avoided thanks to an agreement between the Democrats and Republicans on border security, U.S markets rallied on Tuesday.

Renewed optimism around the trade negotiations also added to the momentum in the U.S markets as President Trump stated that he might extend the 1 March deadline to reach a deal with China.

Economic data that might affect the price action today:

Let's have a look at the technical charts for the Wall Street 30:

The Daily chart of Wall Street 30 pushed higher from the current dip mainly due to Fundamental factors like the news mentioned. If we see more positive news around the Trade negotiations between the U.S and China, we might just see the price action push even higher.

The 4Hour Chart might just see a short-term pullback as traders lock in profits and wait on economic news to push prices even higher. The price action is still trading well above the 50-day Simple Moving Average (SMA) (Blue line) and 200-day Simple Moving Average (SMA) (Red line). We might see the price action move lower to 25199 as a key support level. 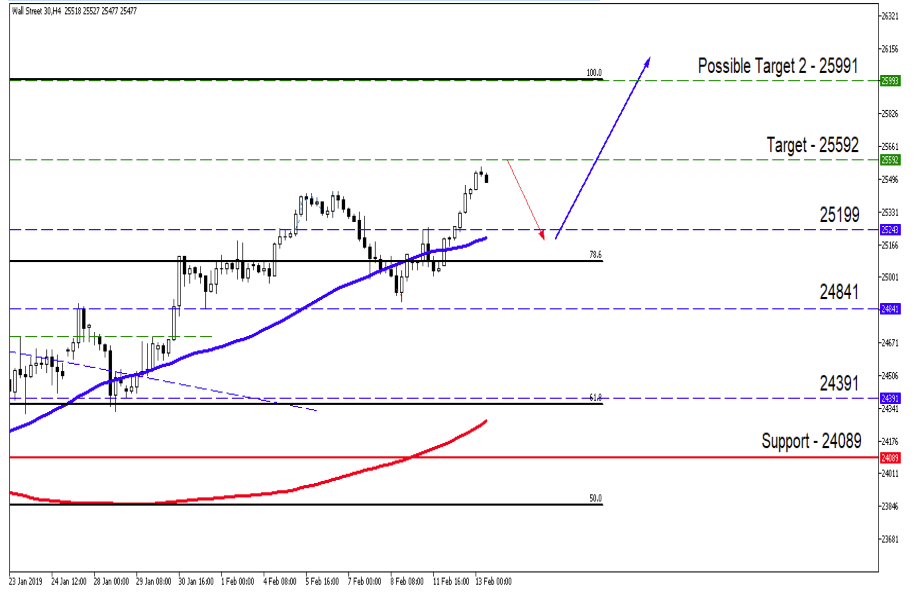