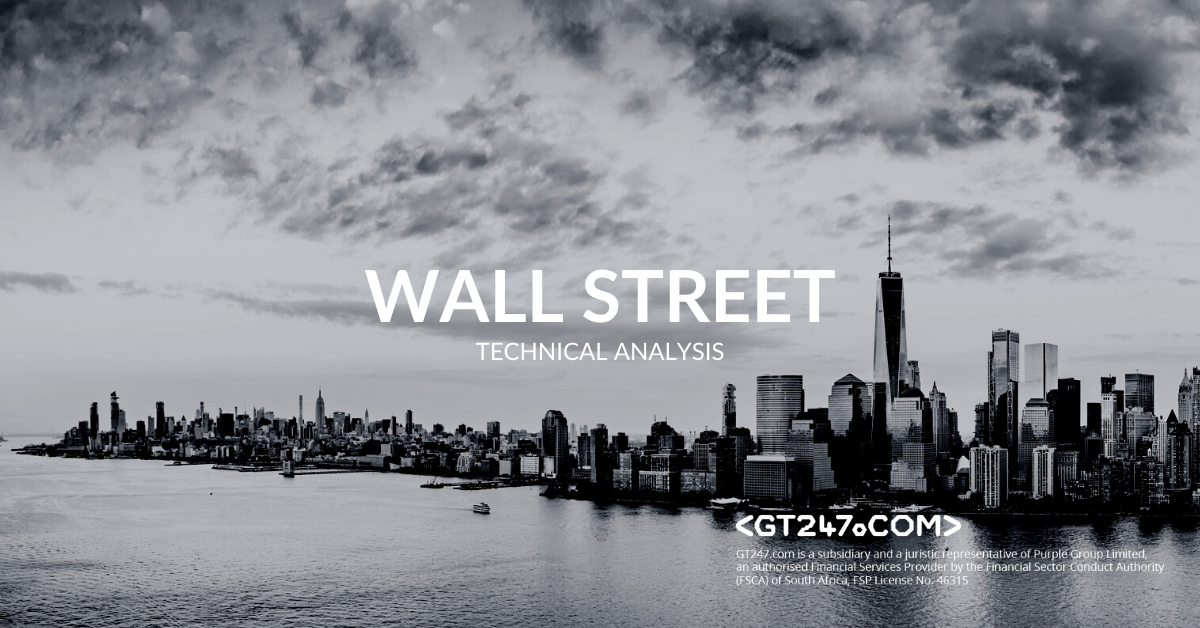 Global markets have been on a downward spiral as uncertainty around the Russia/ Ukraine situation intensifies while Western countries impose sanctions trying to avert a possible third world war.

The flight to safe havens waned on Wednesday as Western countries announced plans on Tuesday to target Russian banks while Germany halted a major gas pipeline project from Russia.

Commodity prices remain at elevated levels with oil reaching a seven-year high point as the European benchmark gas index increased close to 7% as the sanctions were announced.

U.S Indices continued lower on Tuesday with the S&P 500 moving into correction territory from its January record peak but did see some uptake as President Biden leaves the door open to diplomacy.

The price action on the WS30 continued lower as pivotal resistance levels could not be cleared as mentioned in our previous Wall Street 30 (WS30) note. The short-term uptrend on the 4H chart was also broken as price moved lower over the last week.

We might expect more downside on the Wall Street 30 if the Russia/ Ukraine situation intensifies and the flight to safe havens continue. This would bring our 33016-suport level into focus for a lower possible target price for the bears. If these geopolitical events turn positive and optimism returns to the market, then we need to clear the major resistance levels overhead as shown on the chart.

Trade sanctions are laws passed to restrict or abolish trade with certain countries. Trade sanctions are a subcategory of economic sanctions, which are commercial and financial penalties imposed by one or more countries, and targeted against a country, organization, group, or individual. – Investopedia.

Take note: The outlook and levels might change as this outlook is released during the current days (Wednesday the 23rd of February 2022) U.S Market open.