Optimism ahead of U.S. Non-Farm Payrolls release this week 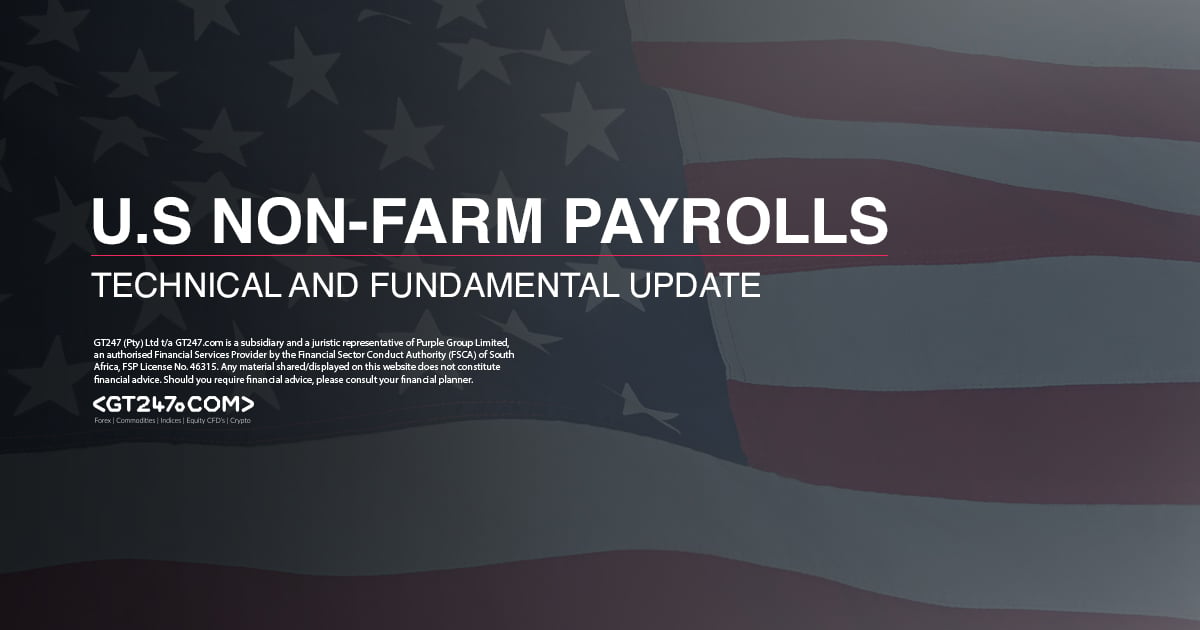 Optimism is on high alert as the U.S ISM Manufacturing data released yesterday showed a strong expansion in manufacturing, reaching the highest level in two years. U.S Markets followed suit after the news with the S&P 500 and Nasdaq reaching new highs by the close.

Market participants will keep a look out for any updates on the stalled COVID-19 relief package negotiations while the FED reiterates its dovish message.

Events leading up to the U.S. Non-Farm Payrolls (NFP) release on Friday the 4th of September 2020:

The ADP Non-farm Employment Change is expected to come in much higher than the previous month at around 900K and the data is expected today the 2nd of September 2020 at 14:15 SAST.

This week the Initial Jobless Claims data is expected to show initial jobless claims reduce to 950K and should be released on Thursday around 14:30 SAST.

Continuing Jobless Claims – This data point has also become a focal point and measures how many unemployed individuals qualify for benefits under jobless insurance. The data is also expected to see a slight decline in claims to around 14 million.

U.S economic growth comes in full steam back into focus as the earnings season dies down with ISM Non-Manufacturing PMI data for August later today around 16:00 SAST. The data is expected to come in lower at 57 which is still well above the 50 mark.

The ISM Non-Manufacturing PMI report is a composite index that reports on business and measures Business Activity, New Orders, Employment and Supplier Deliveries. The index is also used as an indicator to judge how well the economy is performing. A reading above the 50 indicates that the Non-Manufacturing sector is expanding while a reading below 50 indicates a contraction.

Will we see another surprise Jobs number this Friday? It seems market participants are somewhat reluctant to believe the turnaround story despite positive PMI numbers in Europe and China. The impact from the COVID-19 pandemic is still very much a focal point in the U.S as we await all the PMI data to filter through this week.

The Wall Street 30 Index might just get with the program after the Nasdaq and S&P 500 reached new highs after the positive manufacturing expansion data.

The Dow’s new tech stock additions, Salesforce, Amgen and Honeywell were added to the benchmark Index from the 31st of August 2020 and expect the index to capitalize on the upward momentum in the tech sector.

Our Wall Street 30 Technical Analysis outlook from last week mentioned “The price action has made higher highs and higher lows since July and is currently stalling at our resistance area of 28123. We need to see this area turn into a support level to push prices higher back to all-time highs and our third target price at 29390.”

This level has now turned into support and the price action should continue making higher highs and higher lows and close in on our possible target price of 29390.

Technical points to look out for on the Daily Wall Street 30:

Take note: The outlook and levels might change as this outlook is released during the current days (Wednesday the 2nd of September 2020) U.S Market open.

Non-Farm Payrolls are usually reported on the first Friday of the month, whereby the number of additional jobs added from the previous month is released. The US Non-Farm Payroll number will be released locally on Friday the 4th of September 2020 at 14:30 SAST.

Any opinions, news, research, reports, analyses, prices, or other information contained within this research is provided by Barry Dumas, Market Analyst at GT247 (Pty) Ltd t/a GT247.com (“GT247.com”) as general market commentary, and does not constitute investment advice for the purposes of the Financial Advisory and Intermediary Services Act, 2002. GT247.com does not warrant the correctness, accuracy, timeliness, reliability or completeness of any information which we receive from third party data providers. You must rely solely upon your own judgment in all aspects of your trading decisions and all trades are made at your own risk. GT247.com and any of its employees will not accept any liability for any direct or indirect loss or damage, including without limitation, any loss of profit, which may arise directly or indirectly from use of or reliance on the market commentary. The content contained within is subject to change at any time without notice. Past performance is not necessarily an indication of future performance. The value of a financial product is not guaranteed. The value of a financial product can go down or up due to various market factors. The graphs are for illustrative purposes only.