Non-Farm Payrolls are usually reported on the first Friday of the month, whereby the number of additional jobs added from the previous month is released. The US Non-Farm Payroll number for the month of July will be released locally on Friday the 2nd of August 2019 at 14:30 SAST.

The Non-Farm Payrolls report (NFP) is treated as an economic indicator for people employed during the previous month, and the number being released will have a direct impact on the markets. In the United States, consumer spending accounts for most of the economic activity, and the Non-Farm Payrolls report represents 80% of the .U.S. workforce. Farmers are excluded from the employment figures due to the seasonality in farm jobs.

The change in private employment surprised and came in slightly higher at 156K from the expected forecast number of 150K for July 2019. All eyes will look to the comprehensive Non-Farm Payrolls report (NFP), especially wage growth numbers.

After the market sell-off from the FED's interest rate decision on Wednesday, which saw the S&P 500 lower by 1.8% at one stage, all eyes will be focused on the Jobs number this coming Friday. Inflation is still below the FED's target rate, so that means the next Jobs data will be of some significance.

The FED chair Powell hinting that this is not the start to a long interest rate easing cycle but also that future rate cuts are not entirely off the table. These statements drove the Dollar (USD) to highs last seen two years ago, which in turn saw the major indices turn lower.  The Non-Farm Payrolls (NFP) number is expected to come in much lower than the previous month's number, which might see markets move even lower.

The number of new Non-Farm jobs is expected to decrease to 169K from the previous month's stellar 224K Non-Farm jobs.

The chart below indicates the Average hourly earnings (Y/Y) number which has increased over the last decade and is expected to increase to 3.2% from 3.1%.

By looking at the chart below we can see that unemployment has gone down over the last decade and holding steady around current levels.

Technical points to look out for on the S&P 500: 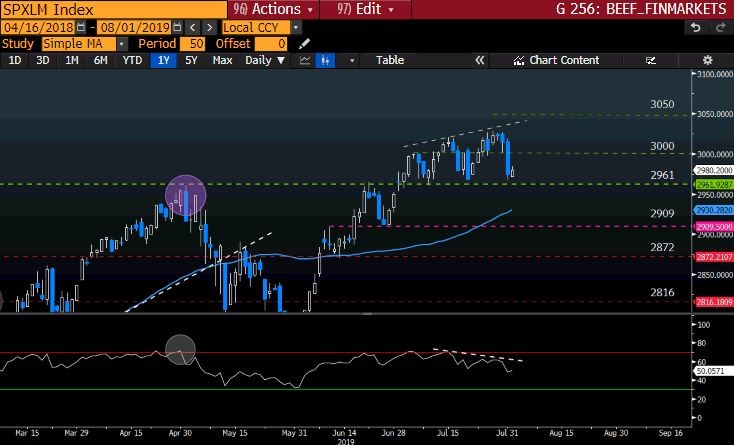 The FAANG stocks have been a clear winner this year but not even Apple’s surprise in earnings could curb the FED decision on Wednesday. The Nasdaq also moved lower but started to rebound much earlier than the other major Indices. Another leg lower today is not off the table and the major support levels will be watched closely.

Technical points to look out for on the NASDAQ 100 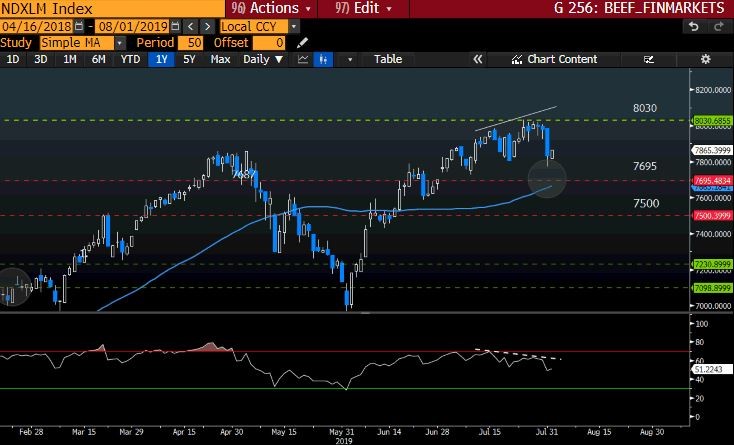 The Wall Street 30 was down over 300 points after the rate decision and is currently holding above major support. The earnings season has also put a damper on the Dow as it has been lagging the other major U.S Indices by some margin.

Technical points to look out for on the Wall Street 30 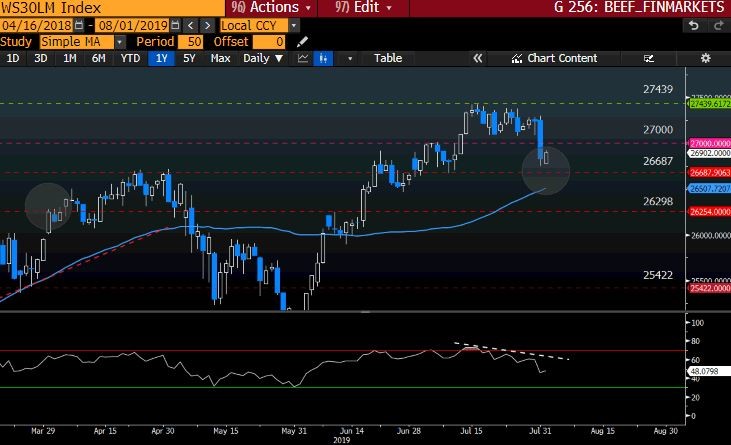