Non-Farm Payrolls are usually reported on the first Friday of the month, whereby the number of additional jobs added from the previous month is released. The US Non-Farm Payroll number for the month of June will be released locally on Friday the 5th of July 2019 at 14:30 SAST.

The change in private employment underwhelmed market estimates and came in at 107K from the expected forecast number of 140K for the month of June 2019. All eyes will look to the comprehensive Non-Farm Payrolls report (NFP), especially wage growth numbers.

This time around we might expect Analysts to start focussing on other factors in the Jobs market besides the actual NFP number. The Job participation rate which has been very low will come into focus as U.S economic growth shifted lower in the second quarter. The impact of the U.S-China trade truce which seems to be fading as the U.S shifts its focus to the European Union.

The big question is, will a better than expected Jobs number curb the economic slump moving forward coupled with a dovish outlook from the FED? Only time will tell!

The number of new Non-Farm jobs are expected to increase to 164K from the previous months disappointing 75K Non-Farm jobs.

The Average hourly earnings (M/M) number is expected to increase to 0.3% from the previous months 0.2% - This is a key figure to watch and if this number disappoints, it will signal a weak wage inflation outlook in the US.

Look at the S&P 500 the market has been pushing higher despite global growth concerns. The trade truce between the U.S and China is certainly helping to a certain extent giving some stability to the major markets.

We might expect the price action of the S&P 500 to gradually move higher if we see growth in the jobs market this Friday with the NFP release. Take note that the Average hourly earnings will be watched closely once more as the wage growth rate has been subdued.

Technical points to look out for on the S&P 500: 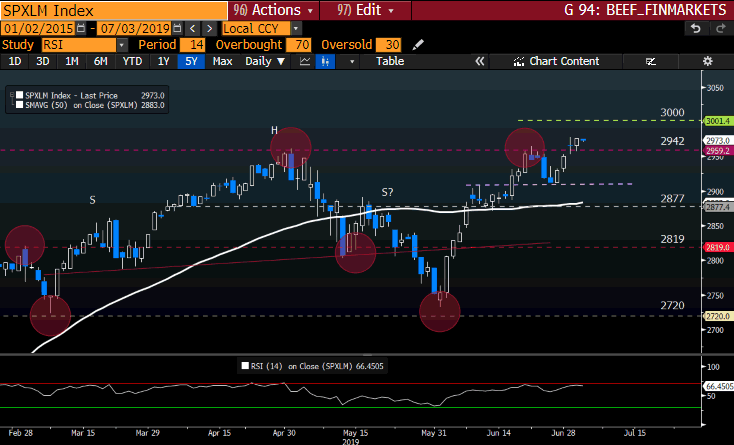 The Tech sector has been a clear winner throughout 2019 thus far and that is reflected in the price action of the Nasdaq 100. The index is on track to reach all-time highs ones more as the major FAANG stocks push higher as trade tensions ease.

Technical points to look out for on the NASDAQ 100 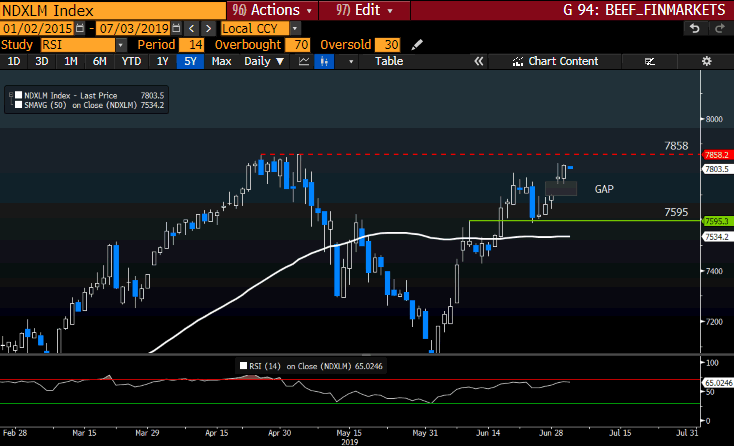