Opportunities will be in abundance this week as volatility is expected to return to the U.S Markets due to economic and political developments as:

Revisiting our previous U.S Index Technical Trade Note, the Nasdaq 100 has finally hit it’s target price of 7098. The S&P500 as well as Wall Street 30 are pushing along nicely to their target prices of 2816 and 26337 respectively but a short-term pullback is expected at some point in time.

Wall Street 30 has made an about turn just before my 26337-target price and is moving lower as all the major U.S Indices. We might see some support at the 25888 level but might move even lower to Point 2 if we do not receive some positive news from either the Trade Negotiations etc. 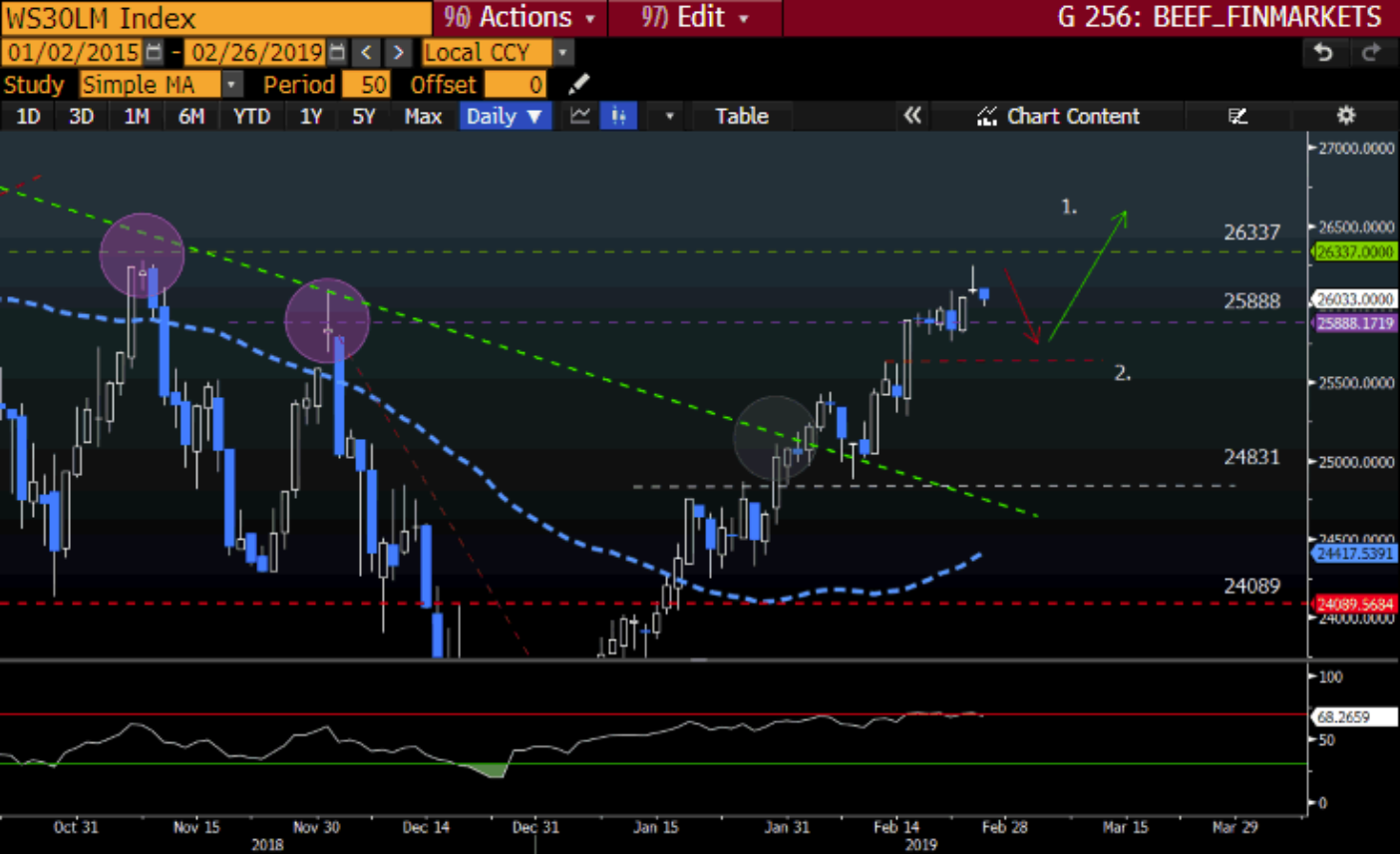 With the Oil market correlating with the S&P 500 over the last couple of weeks it is no surprize that the market moved lower after the Tweet from Trump. The Oil market lost over 3% after the Tweet and the U.S markets started to follow and move lower. We might see more downside to Point 2 at 2757 where the price action might find support before moving higher once more. 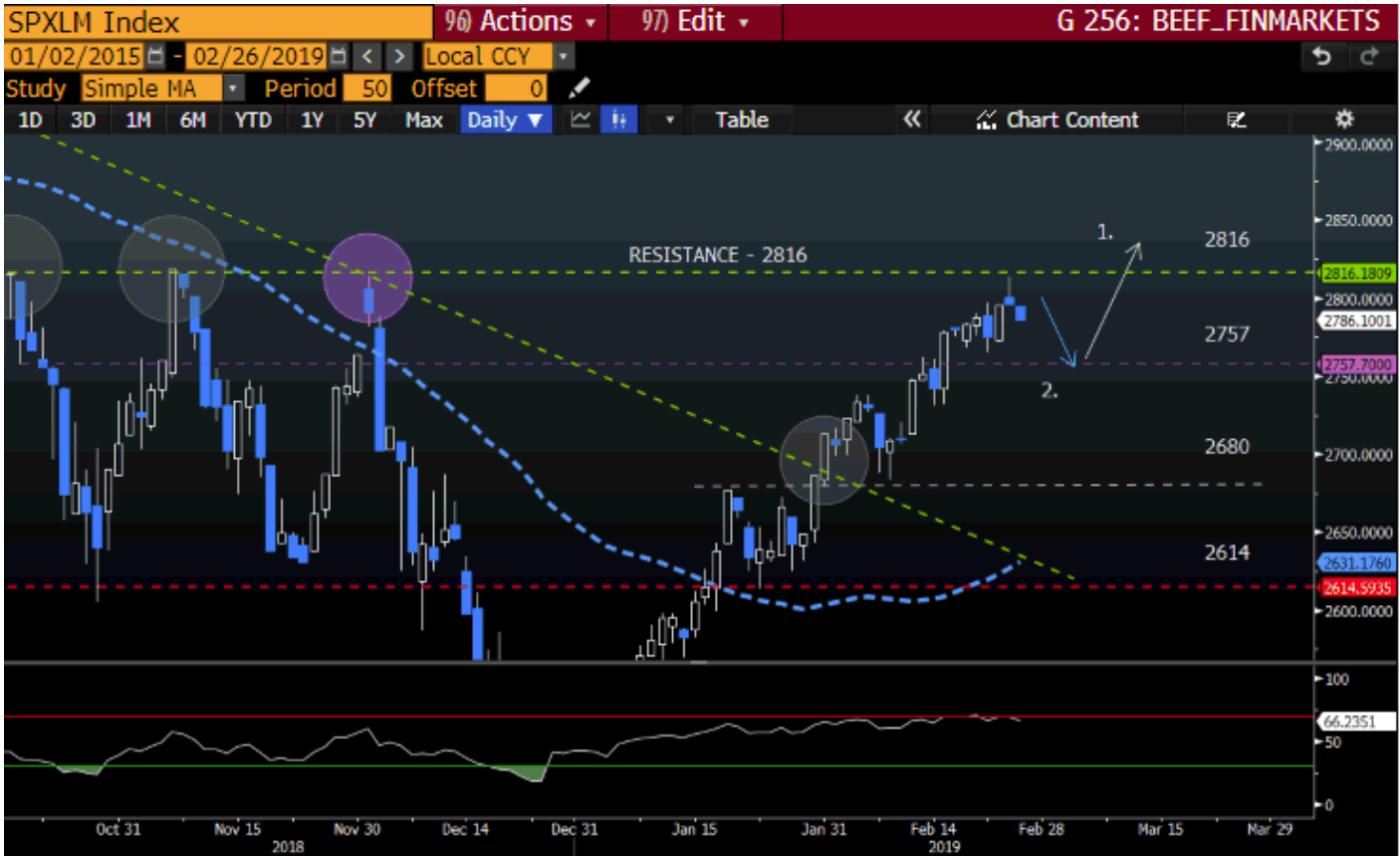 The Nasdaq was slow out of the gates but has finally reached my target price at 7098 as per my previous US Index Technical Trade Note. We might see a short-term pullback lower to the 7002-price level as seen in Point 2.