Looking back at the previous U.S Indices technical note with the surprise Non-Farm Payrolls (NFP) number two of our three index trades have played out nicely.

This week we might see the U.S Markets push even higher as we await the Federal Reserve's Federal Open Market Committee (FOMC) meeting minutes on Wednesday around 21:00 SAST.

We can see that my first target price was reached, looking at Point1 from a better than expected NFP number in the previous note. This week might see some consolidation in the price and some profits being taken off the table until Wednesday.

The FOMC meeting minutes will be a driving factor this week in the S&P 500 index as well and some consolidation at current levels is expected before we see another major move.

We can see the price action reach the 2757 price target from the previous Index note after breaking out of the downward trend. We might expect the price to push higher as seen in Point 1 to 2816 which is a major resistance level. If the fundamental outlook changes from the FED meeting minutes, then we might expect a pullback lower to 2680 as seen in Point2.

The Nasdaq 100 has been slow out of the gates and is just short of our target price at 7098. Same as the above indicis, we expect some consolidation to take place before we see another move. Point 1 is still the target price but we might see a push higher to 7200 if the fundamentals of the week playout. If the meeting minutes outlook changes then we might see a leg lower to 6661 as seen in Point 2. 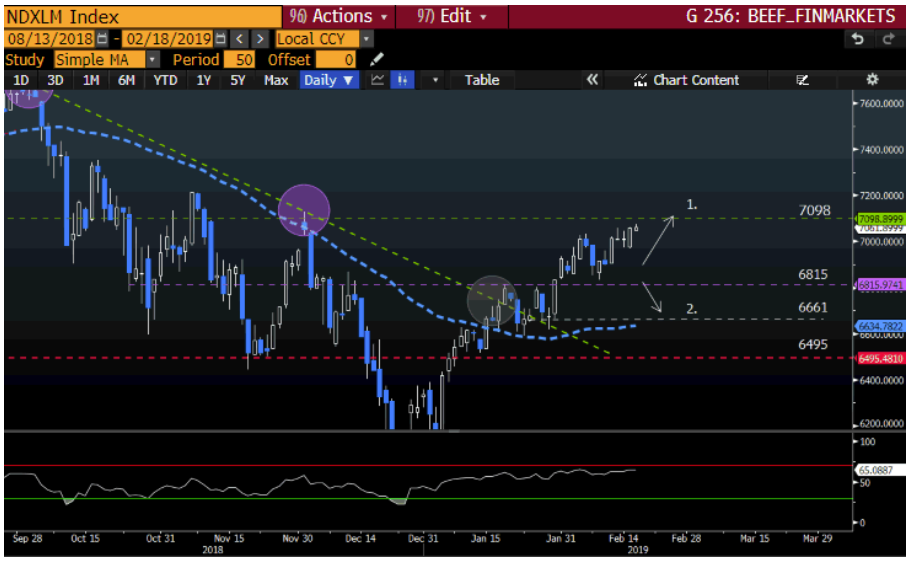