Optimism returned to the Tech Sector as the Nasdaq led rally from yesterday saw the index gain over 2.5% as news surfaced of Nvidia’s merger with Mellanox and Apples product update coming the 25th of March.

A dismal start to the Monday morning trading session which saw the pre-market shares in Boeing fall as much as 17% at one stage as news of the Ethiopian Airlines crash surfaced. Wall Street 30 gains were subdued but managed to pick up much later from the Tech rally. 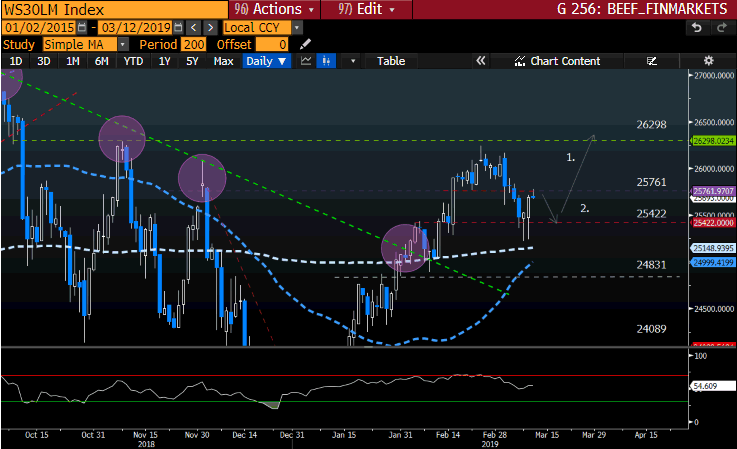 The S&P500 seems to be heading for the prominent resistance area at 2816 once again and is trading well above its 200-day Simple Moving Average (SMA) (white dotted line). 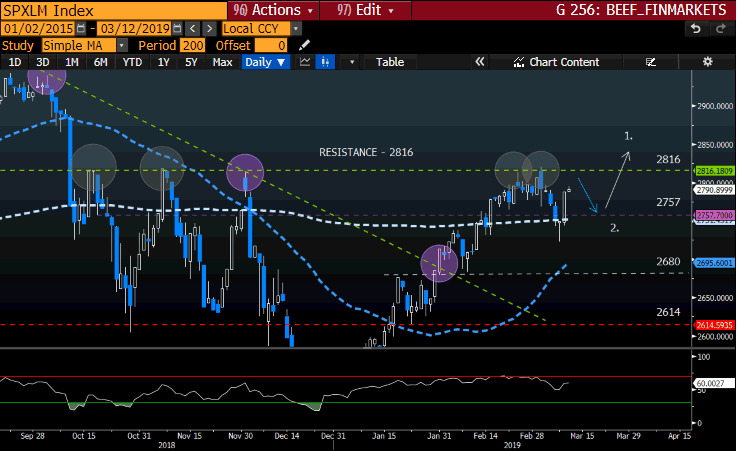 The Tech Stock rally from yesterday can be seen clearly on the chart below as the price action is headed for resistance at the 7230-price line. 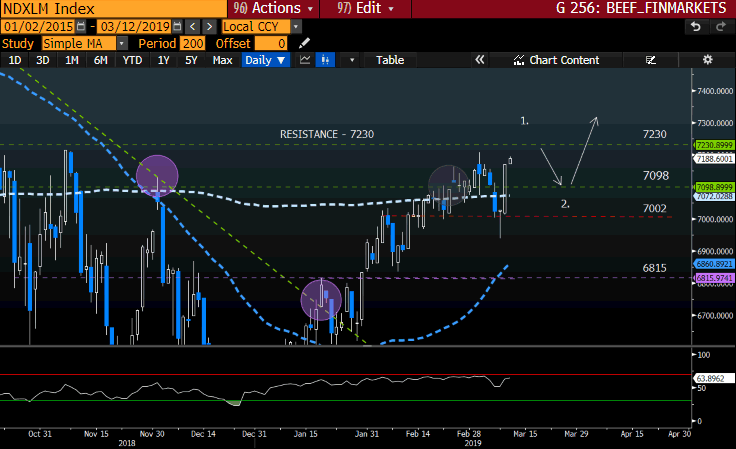