Markets on Monday started on a high as optimism ran wild that a trade deal between the U.S and China would be met as soon as the end of March.

We saw the Dow gain over 120 points in the morning but later gave it all back and more as the index fell over 300 points as market participants came to the realization that a trade deal might not be on the cards at all.

A short-term pullback was expected as highlighted in the previous U.S Index Technical Trade Note and there might be more downside to come if no deal is reached in the trade negotiations as seen in Point 2. It is also a possibility that the price action might start to consolidate between the 25761 and 26298 price levels. 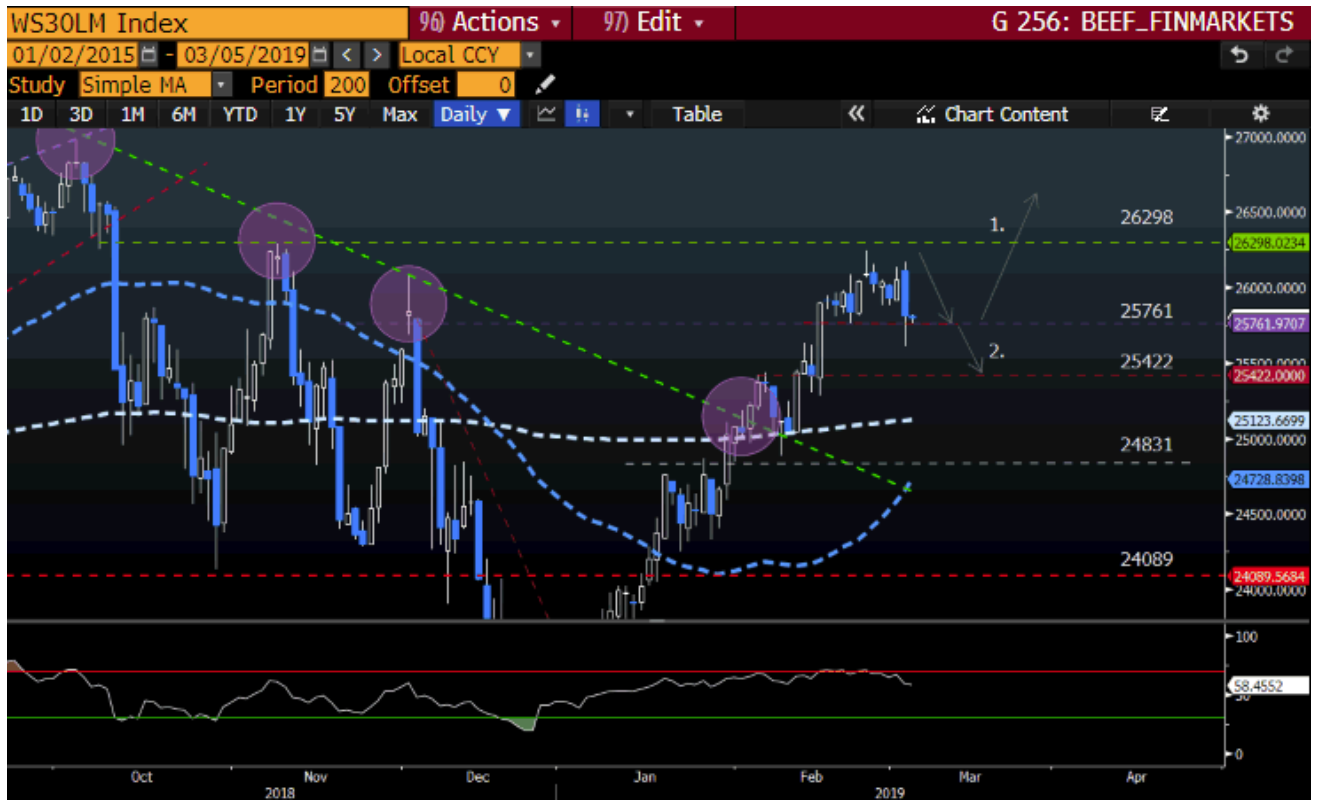 There is a clear line in the sand on the S&P 500 at 2816 where the price action has been finding resistance since October 2018. The price action did find some support at the 200-day Simple Moving Average (SMA) (white dotted) which coincides with our 2757 support line. 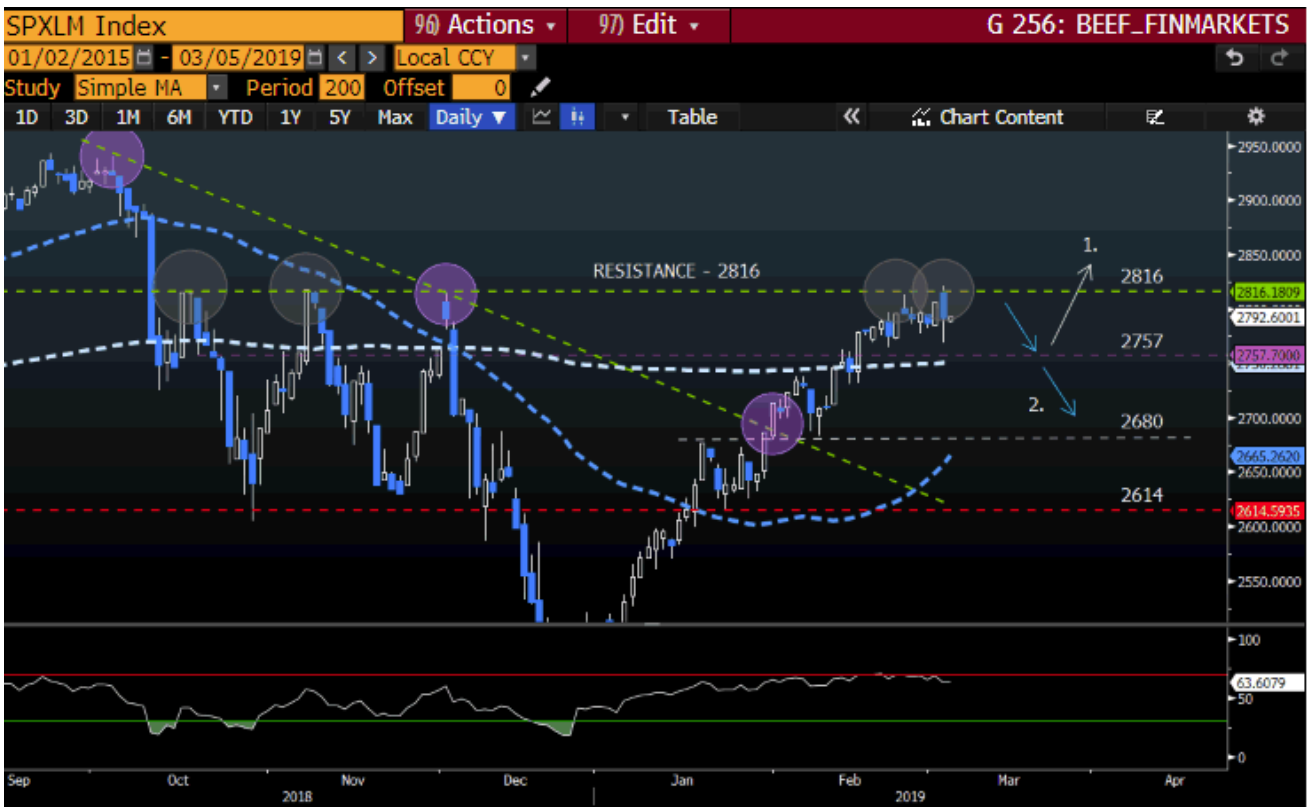 The Nasdaq 100 is currently trading at its 200-day Simple Moving Average (SMA) (white dotted) which is acting as support. The price action just fell short of the 7230-target price and we might just see the price action move lower still as seen in Point 2. 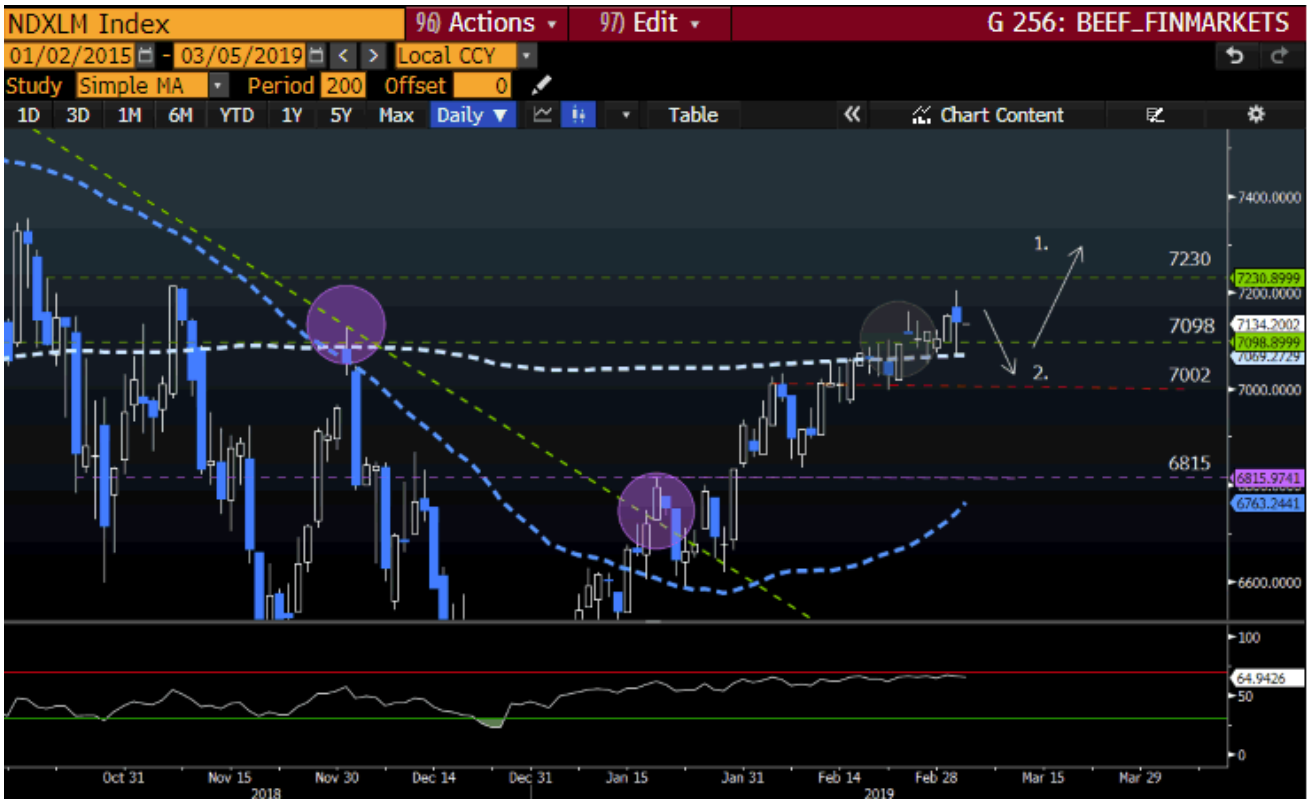