Commodities have been in focus over the last week as U.S jobs numbers disappoint, and a stronger Dollar (USD) comes into play on the precious metals.

Let’s take a closer look at some of the commodities:

We have seen the precious metal under pressure over the last couple of weeks and moved lower as mentioned in the previous Commodity Report if the $1302/ oz level did not hold. 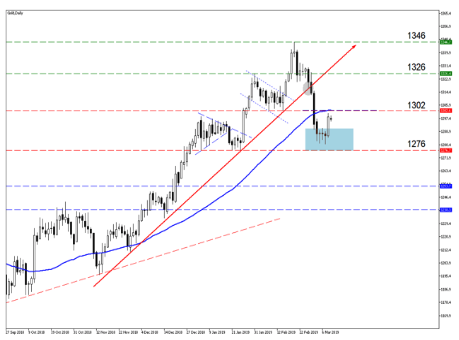 News broke on Sunday that Saudi oil minister Khalid al-Falih said it would be too early to change the Organization of the Petroleum Exporting Countries (OPEC)’s output policy at the group’s meeting in April and that China and the U.S. would lead healthy global demand for oil this year. – Reuters

The price of Oil rose today from these statements by the Saudi oil Minister as supply cuts are unlikely before June and reports showed a fall in U.S drilling activity (rig count).

Palladium has moved lower from previous all-time highs and is currently consolidating above the $1500/ oz level which is acting as support. Dollar (USD) strength is starting to weigh on the precious metal sector but if Bank of America Merrill Lynch is anything to go by the Palladium market can still move higher.

Bank of America Merrill Lynch (BoAML) has revised their target higher by 22% as they see the precious metal averaging $1800/ oz. 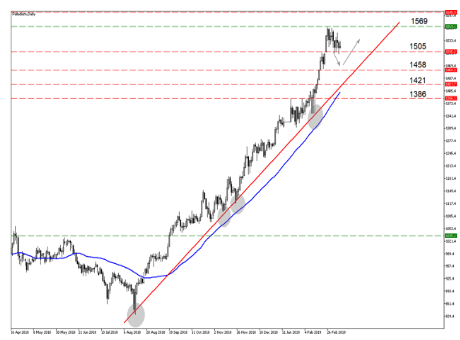