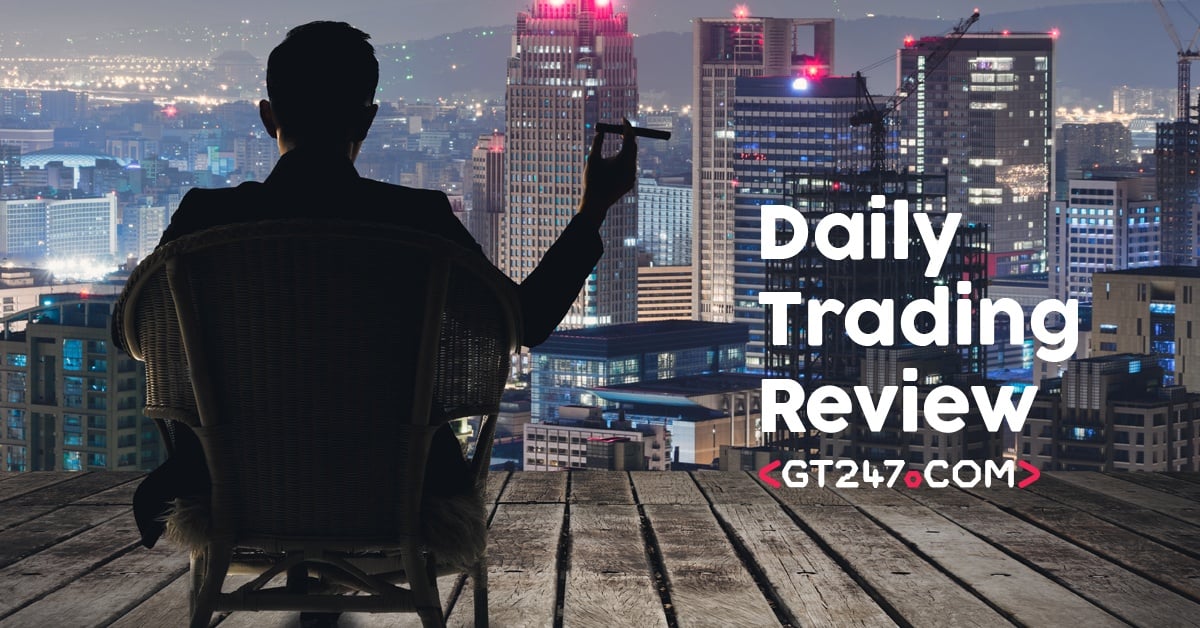 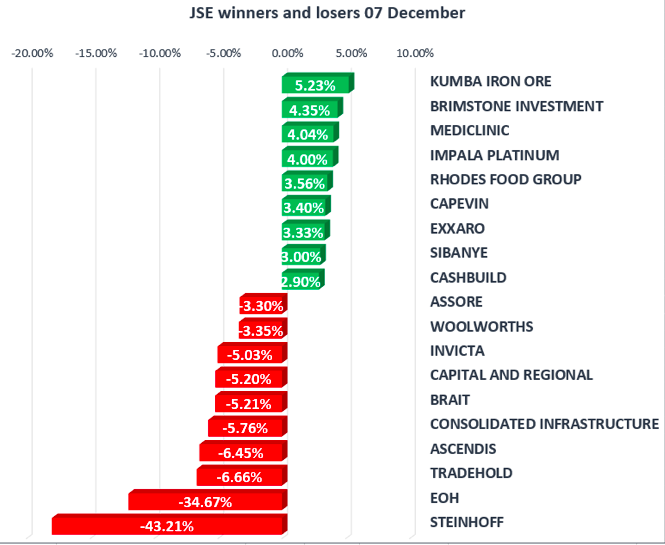 This morning saw a better than expected Foreign Reserves number come out at 50.30B compared to the forecast of 48.84B while the Net FX Reserves just fell short of the forecasted figure of 42.700B coming out at 42.689B. Domestic data has been surprising the market to the upside in recent weeks, as most market participants have deeply discounted the South African economy. These positive signs give the South African economy a glimmer of hope as the economy strides to make inroads to full recovery.  Strong performances from the agricultural and mining sectors have ignited purpose in to the once lethargic South African economy.  The mining sector continue to be a pivotal cog in the generation of foreign exchange for the fiscus.

Looking at the local markets today, the main indices closed in the green despite big moves down for Steinhoff International Holdings N.V. [JSE:SNH] and EOH Holdings [JSE:EOH] of 43.21% and 34.67% respectively. The All-Share index and industrials edged up by 0.01%, whist the blue-chip Top40 ended up 0.16% whilst financials eased by 0.81%.

There were good moves for Kumba Iron Ore [JSE:KIO] and Impala Platinum [JSE:IMP] which pushed resource stocks up by 0.93% for the day. Gold miners closed up 0.85% mainly due to the weakening rand, trading at R13.67 to the dollar, minimising the dip in the gold price which is hovering around the $1253/ounce.

Globally we saw the Asian markets closing the day firmer with tech stocks making mild recoveries, further afield in Europe the DAX and CAC were marginally lower at the time of writing. European markets remain on edge as political coalitions in Germany still need to be concluded and affirmed. Over in the U.S. the S&P 500, Dow 30 and Nasdaq have opened firmer as there is renewed optimism that progress is being made on the tax bill.

Brexit talks heat up as the Britain needs to agree a deal over the Irish border by Friday or face a possible delay until after the next EU Council meeting in March to move negotiations to the next stage.  These talks continue to remain the thorn in the Tory governments flesh as they continue to struggle to implement any meaningful policies on the domestic front.

Another big day for cryptocurrency pundits as Bitcoin soars past the $15,000 level less than a day after crossing the $14,000. Bitcoin has now joined the world elite measured by market capitalisation and now overshadows global brands such as Walt Disney, Nike McDonalds and IBM. The question here is how much further can the Bitcoin electric train charge on or are we beginning to see the formation of a bubble in the crypto market.

Friday the 8th of December sees the reporting of the Non-Farm payroll number out of the US.  The payroll figure is one of the most watched and eagerly anticipated data points in the US.  This data point has been the lever which the Federal Reserve has used to adjust interest rates.  Analysts polled by Bloomberg anticipate that the American economy created 200,000 jobs in the month of November down from Octobers number of 261,000 jobs. A strong payrolls number could see the FED relooking at their decision to hold rates or will Chair Janet Yellen leave this task to the new Fed Chair in waiting Jerome Powell.