The market rally we have seen over the last week has come to a halt as the U.S-China trade deal comes back into focus with President Trump stating that he is the one holding up the trade deal with China. The G20 Summit is seen as a last hope for a breakthrough between the two superpowers as President Trump stated he has scheduled talks with Chinese President Xi Jinping during the summit.

Asian markets turned lower on Wednesday setting the tone for the day as we await the U.S inflation data later this afternoon. Bond Yields and Interest rates have been firmly placed in the back of our minds as fears of a Global recession looms.

Today’s CPI data will be watched closely to see if we can expect the FED to cut interest rates next Wednesday. The consensus with analysts seems to be that the FED will hold steady at the June meeting and cut interest rates in July by 25 basis points.

The U.S Inflation data will be released later today at 14:30 SAST.

The S&P 500’s gains over the last week has also been halted from news events in Asia and renewed fears surrounding the U.S-China trade negotiations. The major news to look out for will be the CPI data and the FED moving into a rate cut cycle.

By looking at the history of the S&P500, the Index has moved lower and not higher as believed through a rate cutting cycle by the FED. The Index has gain in value from 2009 to 2019 when the FED’s outlook was to increase rates or to hold. 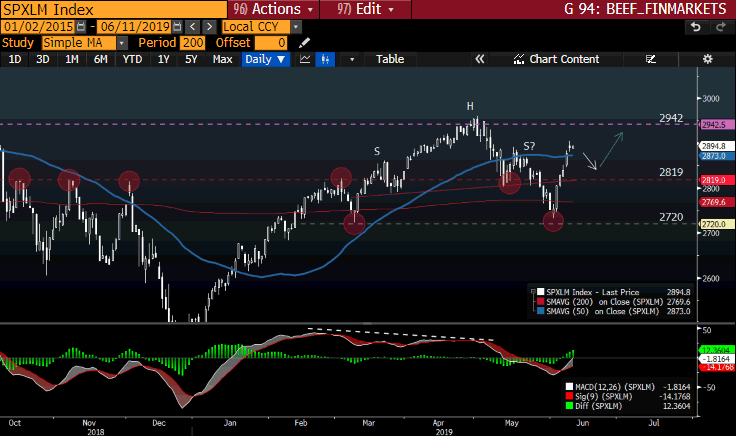