Is the U.S heading for an interest rate cut? We will soon find out as the FED chair Jerome Powell will be testifying in front of the U.S. House of Representatives Financial Services Committee. This is part of Powell's semi-annual monetary policy testimony to Congress and is scheduled for today and tomorrow around 16:00 SAST.

Markets around the world will be subdued on Wednesday to see if the FED chair will give any indication of the Federal Reserve's plans moving forward on rates and the FED's independence.

Markets are expected to be volatile over the next two days as Powell testifies, which will keep market participants guessing on when the rate cut if any will take place. To add on to the day the FOMC meeting minutes from the previous sitting will also be released later tonight at 20:00 SAST.

The S&P 500 has started to consolidate after reaching all-time highs between the 3000-resistance level and the 2956 support level. We might see more downside before we move higher once more dependant on the FED chair's testimony and FOMC meeting minutes outcome today and tomorrow. 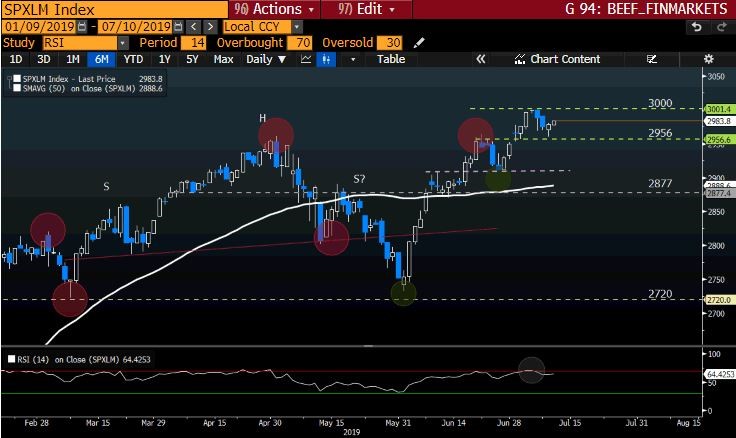 The major Tech stocks have been heavily influenced by the ensuing trade disputes, tit for tat tariffs imposed by the U.S and China. The G20 saw the two countries come to a truce which gave the Tech sector some relief if only for a while as global growth concerns started to sink in once more.

On Tuesday, U.S. and Chinese trade officials held a "constructive" phone conversation. The White House economic adviser Larry Kudlow said, marking a new round of talks after the world's two largest economies agreed to a truce in a year-long trade war. Kudlow said the talks "went well" and were constructive. He said the two sides were talking about a face-to-face meeting but warned that there was not a magic way to reach what has so far been an elusive deal. – Reuters

Renewed talks will give some confidence to the markets, but an agreement needs to be reached soon to

The Nasdaq 100 has seen its fair share of ups and downs as the trade disputes escalated and did manage to reach new highs. We might see more upside if the Trade negotiations go well as tech components are profoundly affected by tariffs.

Some technical points to look out for on the Nasdaq 100 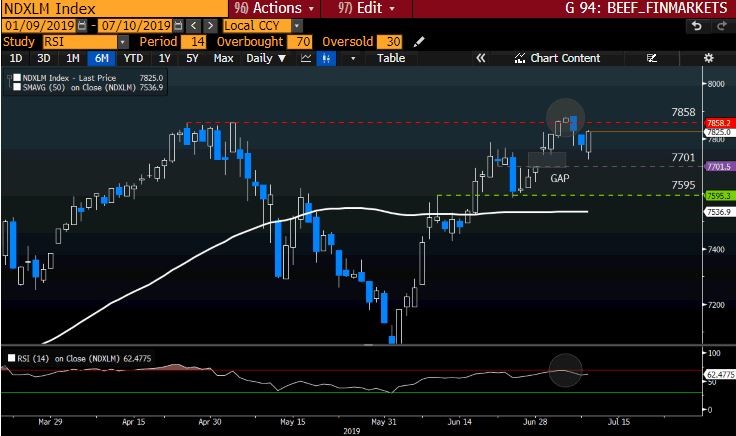