What to expect in Commodity World ahead of the G20

Commodities have hit the pause button ahead of the G20 summit in Osaka Japan as a new round of tariff threats between the U.S and China make the rounds.

Has Gold lost its lustre? The precious metal has been the focal point of late due to the extraordinary gains over the last month as global economic meltdown fears progressed. A weaker U.S Dollar (USD) also added to the yellow metals gains which seems to be on the back foot ahead of the G20 summit.

The direction Gold (XAU) might head into depends on the outcome of the meeting between U.S President Donald Trump and Chinese President Xi Jinping at the G20 Summit. If all goes well and some sort of truths can be agreed upon we might expect the equity market to pick up as investors get out of safe havens like Gold.

Some technical points to look out for on Gold (XAU): 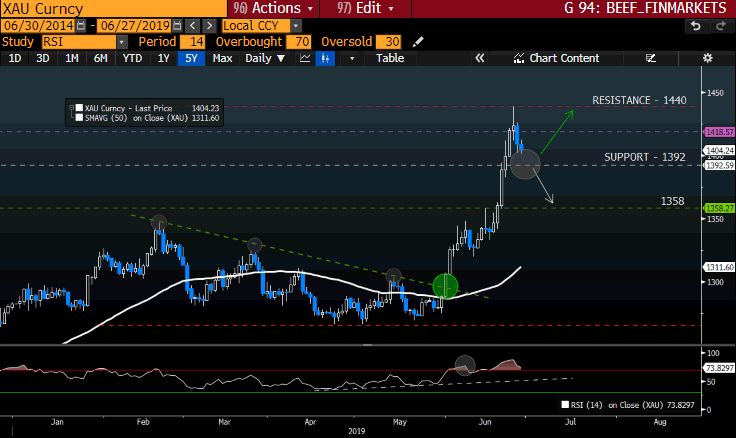 Is Crude Oil back on the path of recovery? Well by looking beyond the OPEC supply cut story which seems to be taking effect as Crude Inventories dropped by over 12 million barrels, the biggest drop in Crude stockpiles since 2016. The focal point will be on the Middle East once more as U.S sanctions on Iran have also contributed to the rise in Crude over the last couple of weeks.

Key factors to lookout for which might just dictate the path of Oil is that Iran is set to breach its 2015 nuclear deal imposed by a group of world powers (P5+1) for the first time by this weekend.

Some technical points to look out for on Brent Crude Oil: 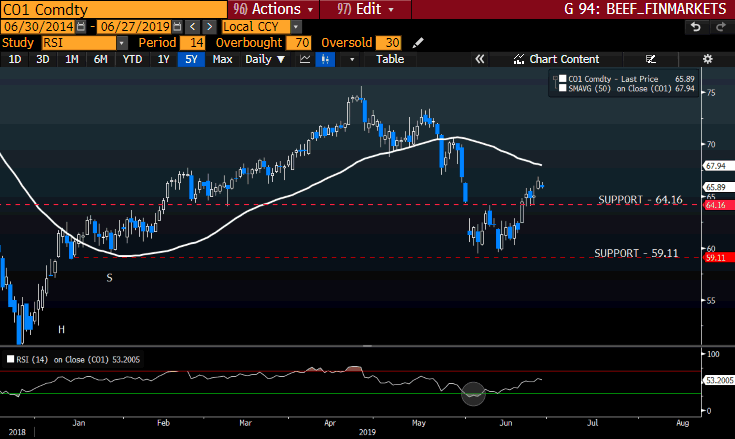