Non-Farm Payrolls are usually reported on the first Friday of the month, whereby the number of additional jobs added from the previous month is released. The US Non-Farm Payroll number for the month of September will be released locally on Friday the 5th of October at 14:30.

This is what you can expect for your trading day...

*The Average hourly earnings (M/M) increased to 0.4% and the U.S Unemployment ratealso saw an increase to 3.9%.

The U.S economy is currently in a steady uptrend, with the Dow Jones Industrial Average hitting a record high on Wednesday. The upward momentum that we have seen might come to halt as the U.S 10-year Government bond yield comes back into focus.

Looking at the U.S 10-year Government bond yield chart below we can see that the bond yield has been trending lower within a channel. It looks like the yield has broken out of this channel and might move higher.

For me the U.S 10-year Government bond yield must move above the 3.5% mark to change my view on the U.S markets as the earnings outlook and growth potential for stocks going forward into 2019 still looks very positive. 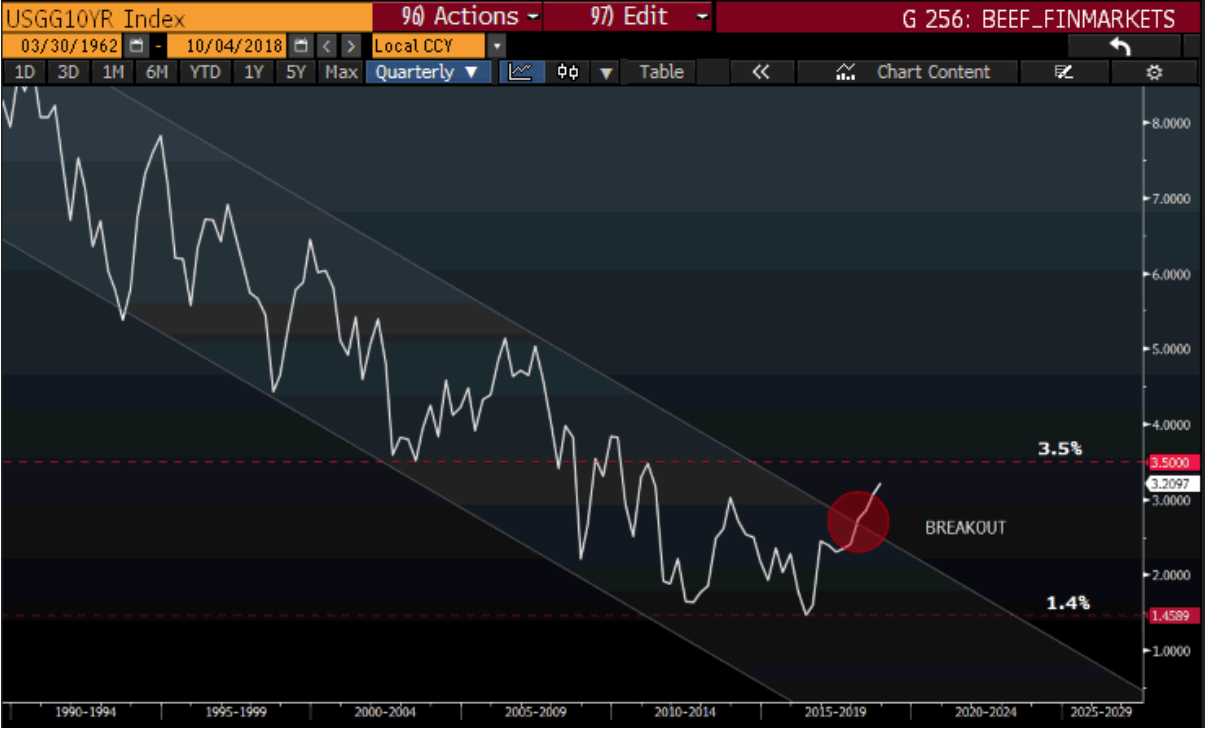 The US Non-Farm Payroll data will be watched closely by market participants to see if the growth we have seen can continue into the next quarter.

The number of new Non-Farm jobs are expected to decrease to 184K from the previous months 201K Non-Farm jobs.

The Average hourly earnings (M/M) number is expected to decrease to 0.3% from 0.4% in the previous month - This is a key figure to watch and if this number disappoints, it will signal a weak wage inflation outlook in the US.