The JSE fell on Tuesday as the negative sentiment from the tech sell-off in the USA engulfed global markets.

In Hong Kong, Tencent Holdings fell by 3.3% to close at $HK281.60 per share, which adversely affected Naspers [JSE:NPN] as it came under significant pressure in today’s session on the JSE. Naspers ended the day 7.35% weaker at R2617.37. 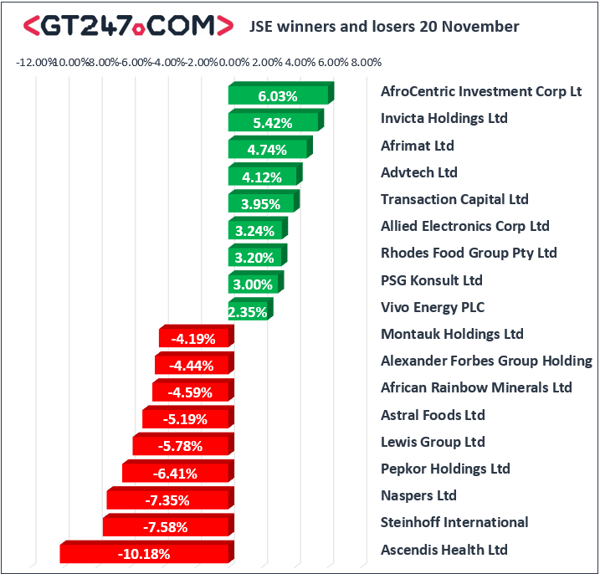 The JSE All-Share index closed the day 2.59% weaker, while the blue-chip Top-40 index fell 2.91%. All the major indices on the JSE closed in the red. The Industrials index fell 3.38% while the Financials and Resources indices lost 2.2% and 1.91% respectively.

The bearish sentiment surrounding brent crude saw the commodity drop 3.07% to trade at $64.74/barrel just after the JSE close.