The JSE finally matched trends with global markets on Friday as it closed firmer following a robust session.

The local bourse has lagged global sentiment over the past two sessions primarily due to weak local data. On the global markets, the USA released its non-farm payrolls data which showed that the US economy added 266 000 jobs in the month of November, which was better than the forecasted 181 000 jobs. US unemployment rate also slowed to 3.5% from a prior recording of 3.6% which sent the US dollar and the US equity futures higher. 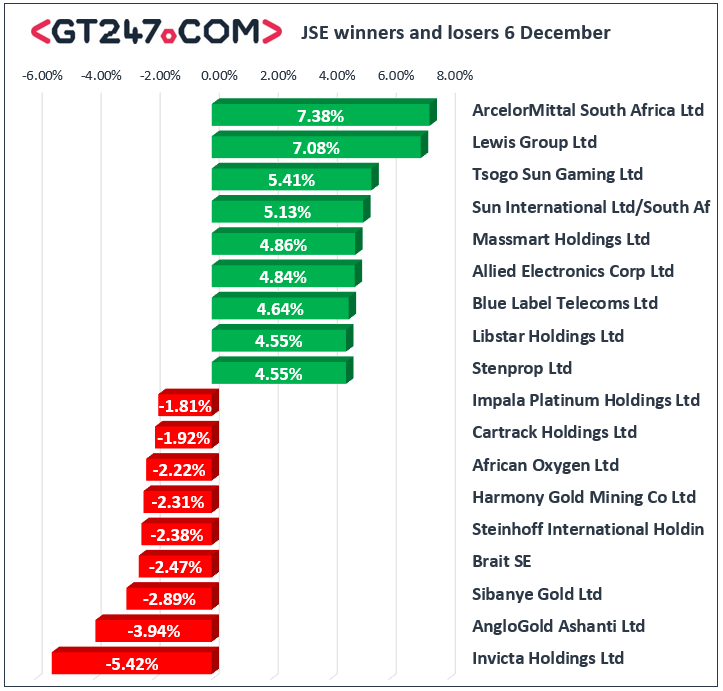 Brent crude surged on the back of news of that OPEC was increasing output cuts. The commodity was trading 2% higher at $64.64/barrel just after the JSE close.