The JSE closed firmer on Tuesday as global stocks continued to recover from heavy losses suffered in the prior week.

The US Fed sent shockwaves across global markets at 17.00 CAT after it announced a 50 basis points cut to its benchmark rates. In a statement issued by the Fed shortly thereafter, the Fed stated that the coronavirus poses evolving risks to economic activity despite the fundamentals of the US economy being currently strong. A volatile trading session is on the cards for US benchmark indices as investors react to the rate cut. 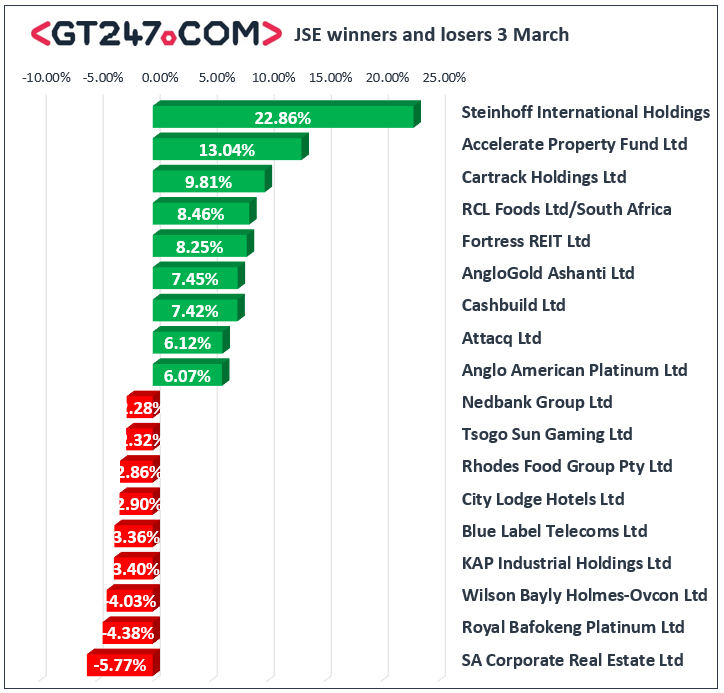 The JSE All-Share index closed 2.16% higher while the JSE Top-40 index gained 2.19%. The Resources index surged 3.78%, while the Industrials and Financials indices added 1.49% each.