The JSE closed firmer on Tuesday as global stocks shifted their attention to earnings releases from giants such as Goldman Sachs and Morgan Stanley.

Despite the Chinese mainland benchmark struggling, gains were recorded for the Nikkei and the Hang Seng which firmed by 1.25% and 0.07% respectively. In Europe, all the major counters recorded significant gains which helped shift the momentum on the JSE after it opened marginally weaker. US markets edged higher as earnings releases from US corporates came in mostly better than anticipated.

The rand continued to buoy JSE listed retailers and financials as it extended its gains against the greenback to reach a session high of R14.15/$. At 17.00 CAT, the rand was trading at R14.20/$. 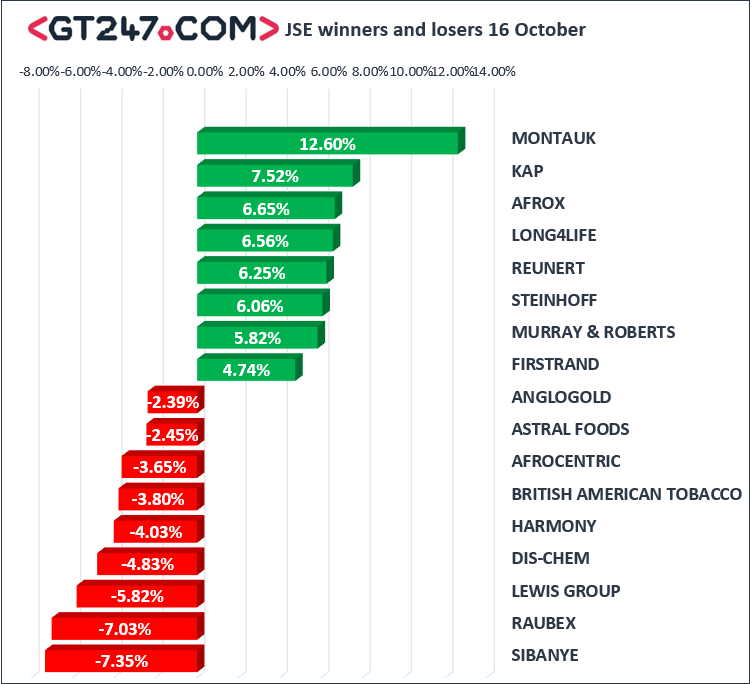 After a slow start the JSE Top-40 index eventually closed 1.54% firmer while the JSE All-Share index gained 1.48%. The Resources index was the only major index to close in the red after it lost 0.35%. The Financials and Industrials indices added 2.88% and 1.87% respectively.

Brent crude struggled to advance as early estimates for this week’s stockpiles data release suggested ample supply of crude oil in the US market. The commodity was trading 0.33% weaker at $80.51/barrel just after the JSE close.