The U.S economy is slowing down. It seems that President Trump's ongoing trade disputes with China might be finally coming home to roost. 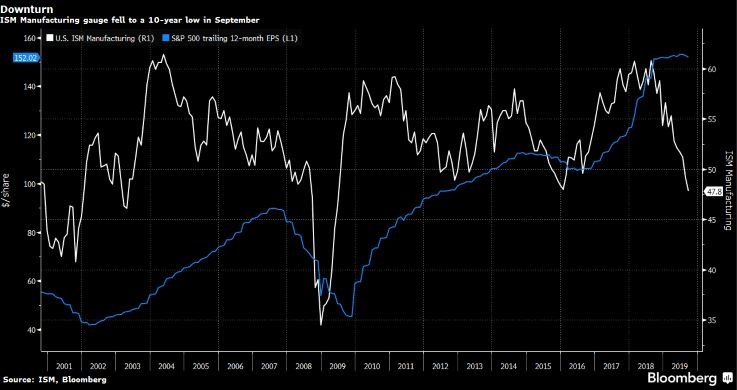 The U.S economy is indeed losing steam as signs of the ongoing trade disputes between China, and the U.S might finally be filtering through to the economy. This news comes just as the European economy is about to fall into a recession.

The manufacturing data sparked a range of new concerns about the slowing of the U.S economy and the possibility of another interest rate cut by the Fed.

The U.S Dollar slowed after the news was released and might consolidate lower if rates come back into focus. The Dollar has been in a steady uptrend over the last couple of months and is stalling above the 99.01 support level. 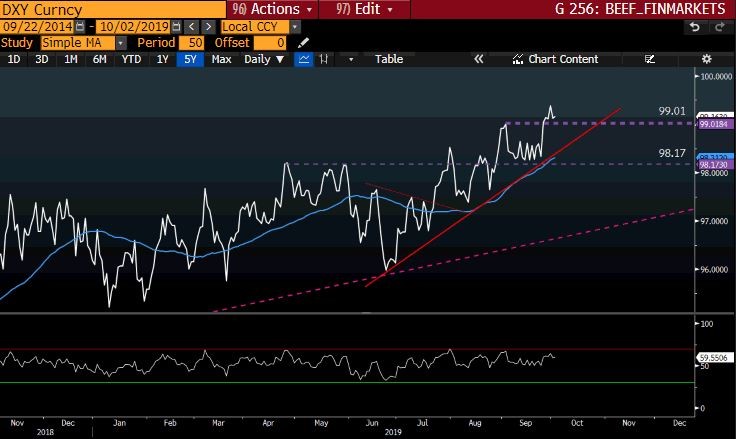 Market participants widely expected the ISM Manufacturing PMI data to move above the 50 reading once again, which would have supported a move higher. Global markets slipped to one-month lows after the news broke.

The S&P 500 lost 1.23% sending the Index to 4-week lows and is back at the 2942 support level which coincides with the previous breakout. The 50-day SMA is also providing support which might be short-lived. 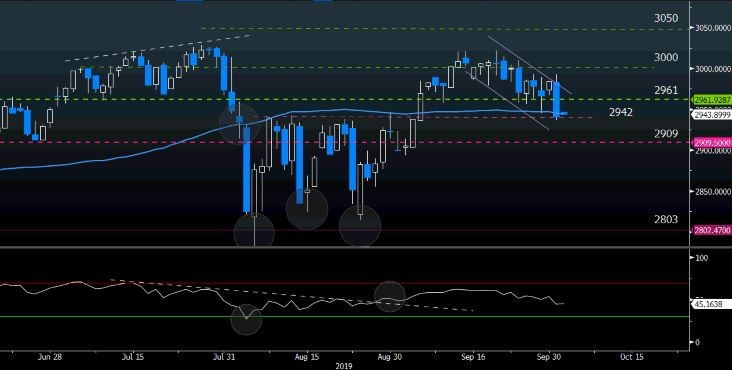