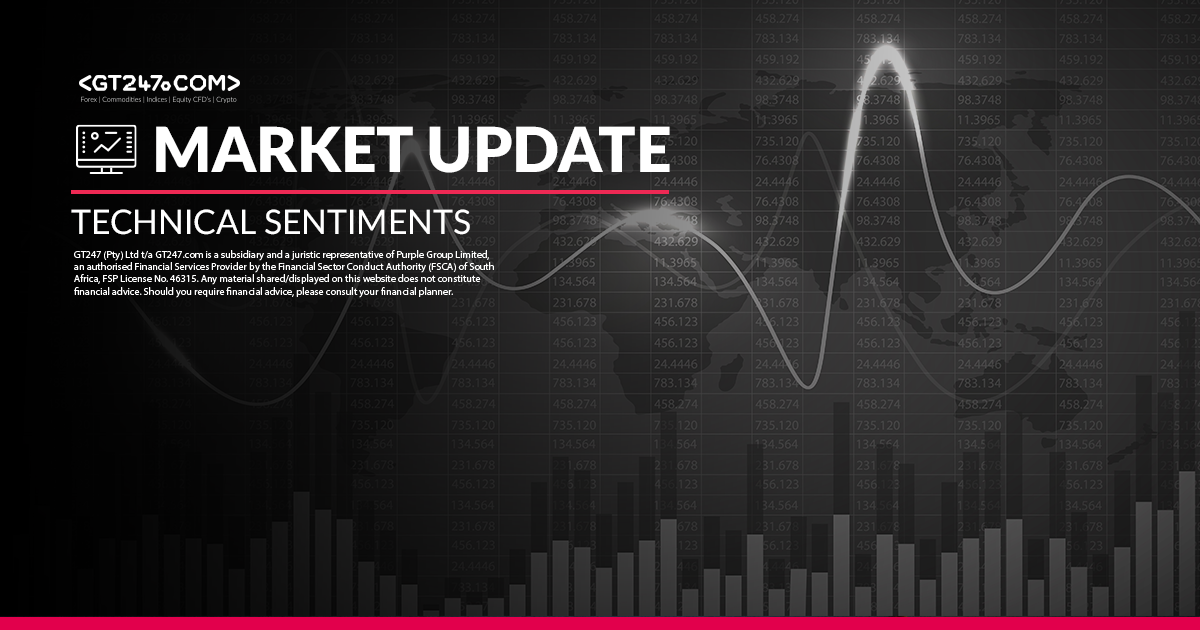 To impeach or not to impeach? It's all about the United States today with U.S President Donald Trump making his case, the U.S Markets and Gross Domestic Product (GDP) data released later today.

The U.S markets have been on a roller coaster ride since reports surfaced that House speaker Pelosi launched an impeachment inquiry against U.S President Donald Trump. Trump has called it a witch hunt as House speaker Nancy Pelosi pushes on to get justice served. In a bid to avoid impeachment, Trump released a transcript of his call with Ukraine's president. The attempt to clear himself backfired and now its guns blazing for the opposition.

Trump also announced a new emerging trade deal with Japan which would open Japanese markets to $7 billion worth of U.S. products. President Trump also mentioned in an earlier press conference that an agreement with China is closer than we think.

The Gross Domestic Product (GDP) numbers will be closely watched this afternoon to see if any signs of an economic slowdown can be detected later today. Analyst expectations are mixed, to say the least with forecasts to remain unchanged at 2.0%.

U.S futures dipped in early morning trade on Thursday as the impeachment inquiry proceeds amidst positive progress on the trade deal. The whipsaw price action continues, which can be seen on the chart of the Wall Street 30 Index below while trending lower.

The 27000-price level becomes the level of focus once again. The general feeling is that markets might turn lower once again before crossing the 27439-resistance level. The 26430 might be the next support level to watch if all goes south. 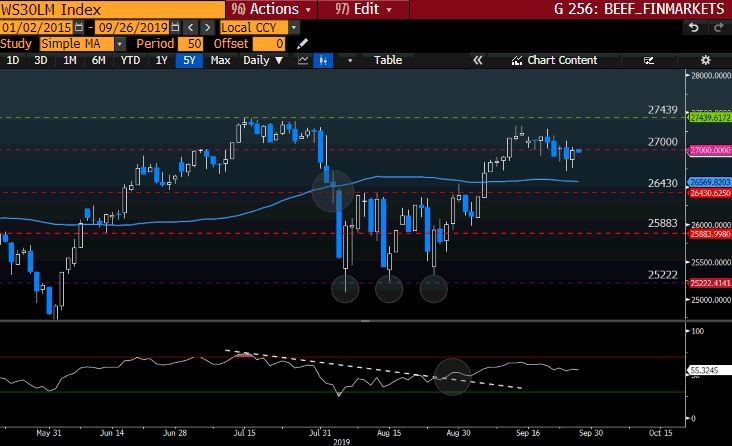