The JSE and European counters dragged lower on Monday after the Turkish lira slumped to a new all-time low overnight.

The contagion arising from the Turkish lira resulted in the rand dropping to a level last recorded in June 2016. The rand dramatically dropped to a session low of R15.55/$ as the sell-off in emerging market currencies intensified, however it rebounded to trade at R14.37/$ at 17.00 CAT.

Asian counters traded weaker on Monday which saw the Nikkei and Hang Seng shed 1.98% and 1.52% respectively. The Shanghai Composite Index closed 0.43% weaker. In Europe, the major benchmarks were trading relatively softer except for the CAC 40 which was mostly flat. 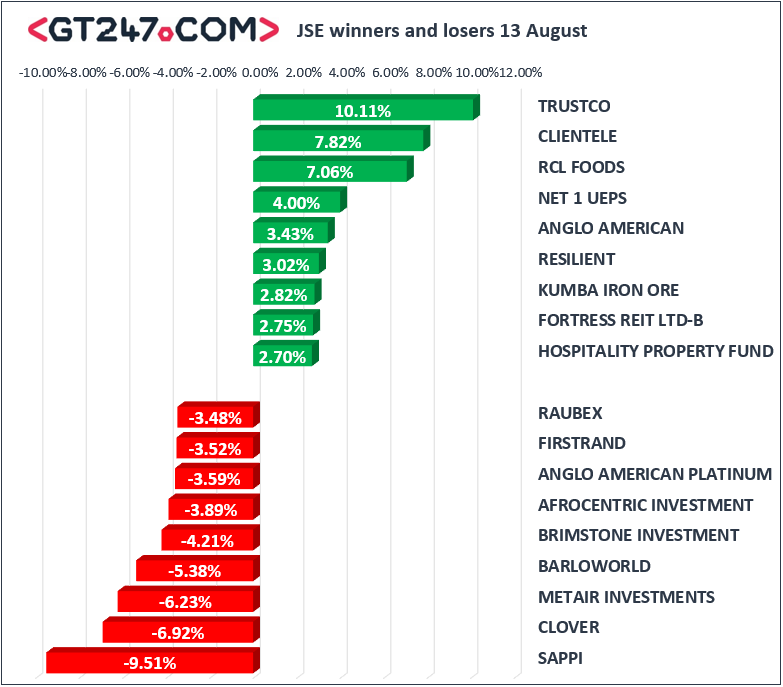 Sappi [JSE:SAP] closed amongst the day’s biggest losers following the release  of its 3rd quarter results which indicated a decrease in EPS. The stock eventually closed 9.51% weaker at R91.30 per share. FirstRand [JSE:FSR] lost 3.52% to close at R63.05 while ABSA Group [JSE:ABG] eased to R160.25 after shedding 1.3%.

The JSE All-Share index closed 0.32% firmer while the blue-chip JSE Top-40 index inched up 0.47%. The Financials index came under pressure because of the weaker rand which saw it drop 0.8%. The Industrials and Resources indices managed to firm 0.4% and 1.2% respectively.

Brent crude was mixed in today’s session which saw it trade flat at $72.80/barrel just after the JSE close.