Trade tensions continue to weigh on the JSE

The JSE closed lower for a second consecutive session as blue-chips remained subdued mainly on the back of negative sentiment across most global indices.

Traders and investors continued to exercise caution as they try to assess the potential impacts of the higher tariffs that Donald Trump has threatened on China. Market participants expect the China to retaliate if the US goes ahead with the tariff increase and more importantly it could take longer than expected until a trade deal is reached. Locally, markets were also tentative ahead of the South Africa general elections which are taking place on Wednesday. Despite the recovery in China and Hong Kong on Tuesday the trend remained mostly weaker across Europe and the USA. 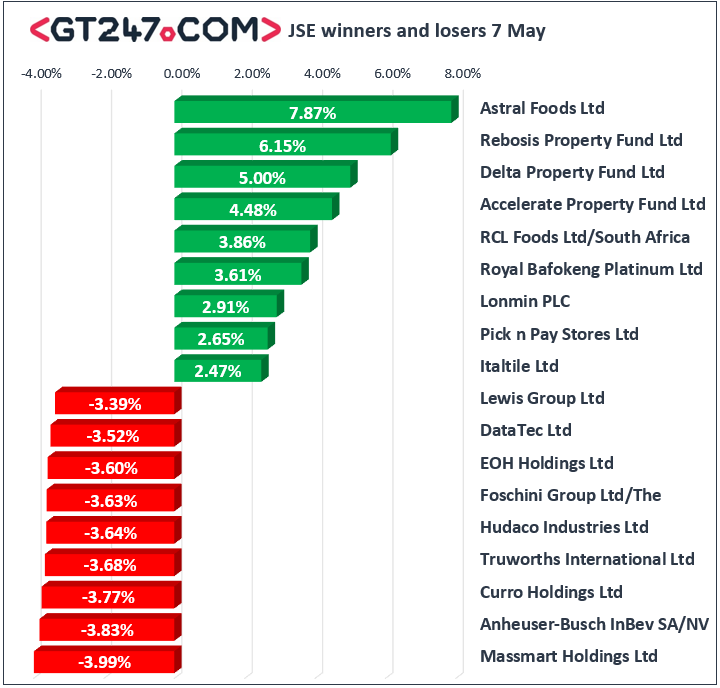 The JSE Top-40 index eventually closed 1.2% weaker while the broader JSE All-Share index lost 1.14%. Another tough session ensued for all the major indices as they closed weaker. The Industrials index lost 1.46%, Resources fell 0.75% while the Financials index retreated 1.04%.

Brent crude remained subdued due to the ongoing trade tensions. It was trading 1.7% weaker at $70.03/barrel just after the JSE close.