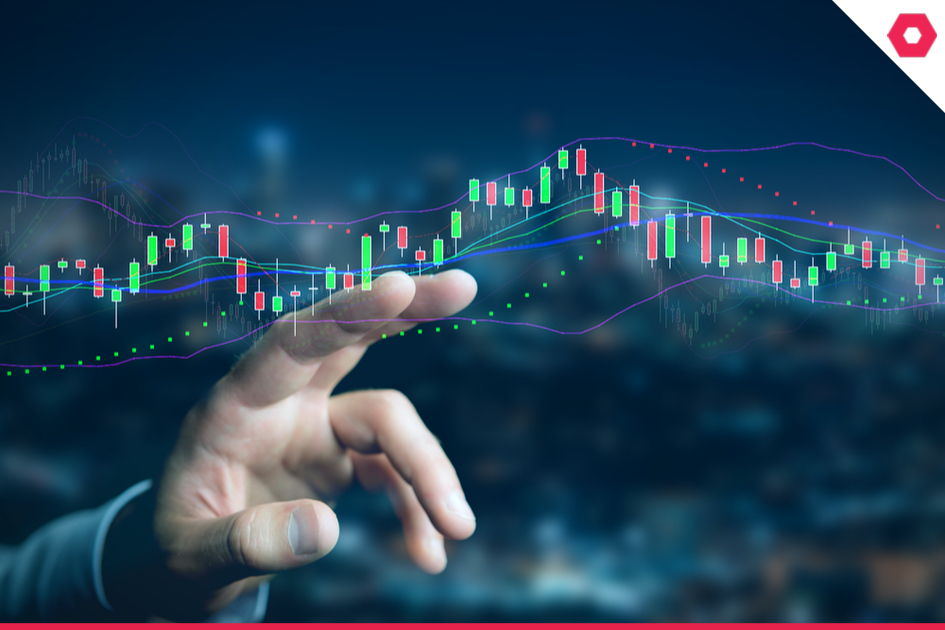 Just as the world sighed a sigh of relief that a global recession might be averted thanks to a recent truce between the U.S and China putting their tariff disputes aside to start talks once again. A major indicator that has been on analysts’ radar for some time now has finally made the headlines once again.

Wednesday saw fear and panic set in as reports came through that both the U.S and U.K 10s and 2s Treasury Yield Curves have inverted sending markets tumbling down. The Dow Jones was down 800 points and the S&P 500 lower by over 2,6%. The Yield Curve inversion has preceded the past seven recessions in the United States. The New York Fed’s recession probability model is currently warning that there is a 30% probability of a recession in the next 12 months.

The last time the probability model warned of a pending recession was in July 2007 which is when the debt crises kicked into high gear showed in blue below.

The U.S. 10-year Treasury yield dipped 2.1 basis points below the 2-year Treasury yield for the first time since 2007. The same happened with the U.K Gilts which saw the 10-year Government bond yields move below the shorter maturity debt. These indicators though worrisome do not mean that the U.S is set for a recession but rather that the probability of a recession has increased.

Taking a closer look at the chart below, we can see that the probability of a U.S recession, which ultimately will spark a global recession is on the rise. The recession might only be 18 months away, and history has shown that markets rallied within that period. 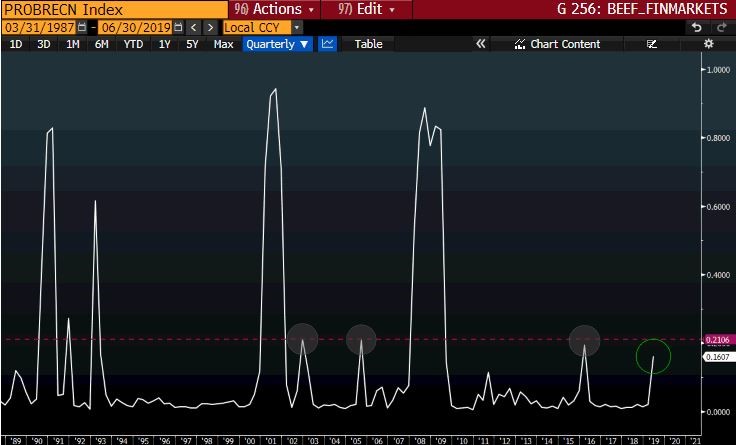 The Treasury Yield inversion made a major impact on the S&P 500 as doom and gloom are on the increase all over the world.

The S&P 500 has moved below the 2872 support level as indicated in the previous commentary and might move lower to 2803 before we see a rally. The price action needs to close above the 2909 and higher to give any indication that the bulls are in command once more. 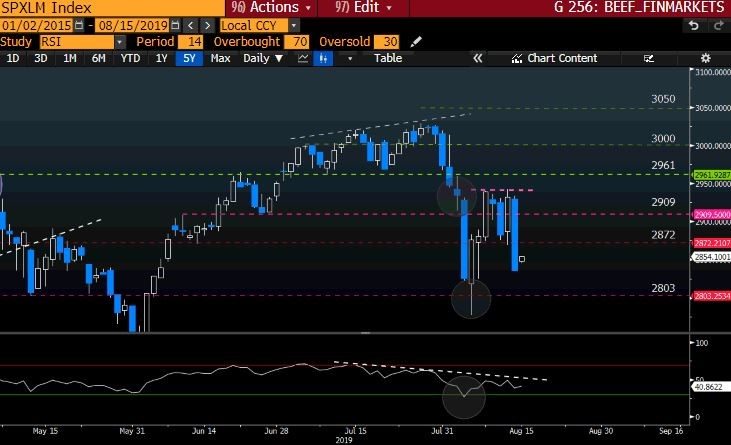