As we all know Interest rates are a hot topic when it comes to the Forex market and watched closely by market participants across the globe. On Wednesday we saw not only the FX market reacts to the FOMC interest rate decision but, the major indices as well.

The FOMC and Interest Rates

The Federal Reserve has spoken, and the markets reacted on Wednesday with the latest interest rate announcement which saw the interest rate unchanged. Markets came tumbling down as the FED chair Powell stated it is not a forgone conclusion that the FED will only cut rates this year. There is a possible increase in rates on the table if the data supports it.

By looking at the CME Group’s FED watch tool we can see that the probability of a rate increase is not on the table and the odds are rates will remain unchanged until later in the year.

The FED stated that its labour market is growing and remains strong and that economic activity increased at a solid rate. These statements from the FED saw the U.S Dollar Index (DXY) surge with the news that an increase in rates is still possible if inflation starts to tick higher. The Dollar Index needs to clear the 97.70 level to0 support a move higher which would have the opposite effect on the EURUSD currency pair. 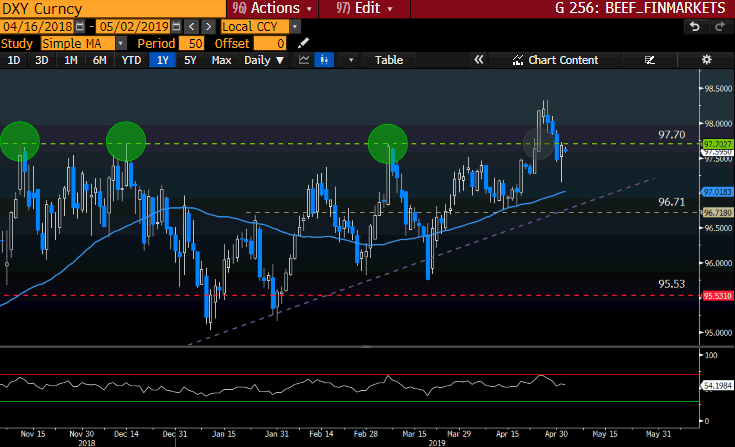 The EURUSD currency pair has been in a downtrend since the start of the year which is confirmed by the lower highs and lower lows which can bee seen on the chart. This is mainly due to the U.S Dollar gaining strength over this period and if it continues there might be more downside for the EURUSD.

Some technical points to look out for on the EURUSD: 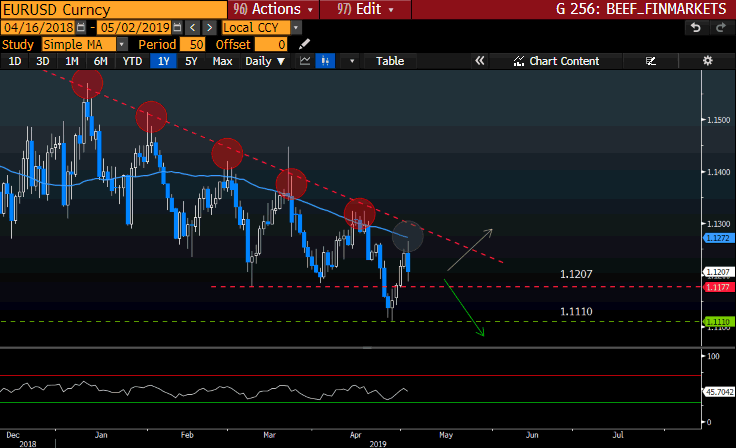 The British Pound (GBP) has seen some strength filter through from recent positive growth numbers from the Eurozone but it remains to be seen if it can continue. Looking at the bigger picture we might expect to see the currency pair move lower in the near term. The price action needs to move higher and close above the 1.3105 level to negate the move lower.

Take note that later today at 13:00 SAST we are expecting the Bank of England (BoE) Interest Rate decision which is widely expected to remain unchanged at 0.75%.

Some technical points to look out for on the GBPUSD: 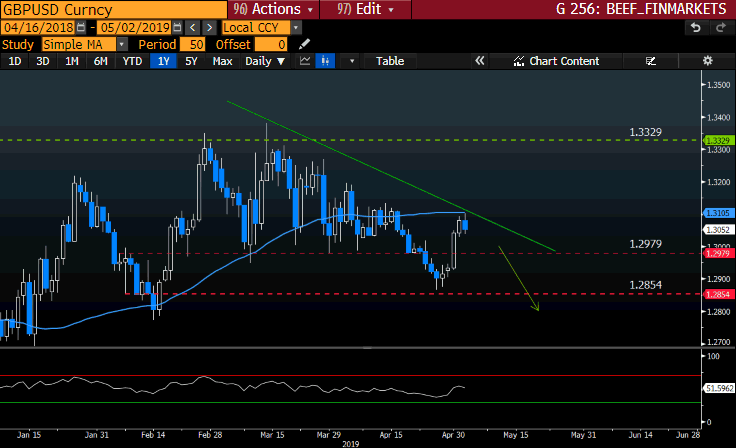