So close, yet so far comes to mind as the U.S-China Tariff disputes start once more just before the two superpowers were close to reaching an agreement.

Friday saw President Trump’s new imposed tariffs of 25% on $200 billion worth of Chinese goods take effect which saw the major markets move lower. In responses to Trump the Chinese will set import tariffs against $60 Billion worth of U.S goods as reports came out on Monday.

The U.S Dollar has been under some pressure of late as the FED indecision in its guidance to interest rates and an ever-growing job market keeps on adding to the frustration. With the start to the renewed tariff dispute we might see investors run to safe havens like the Dollar and commodities like Gold once more. Technically we might see the DXY push higher from the upward sloping trend line back to 97.70. 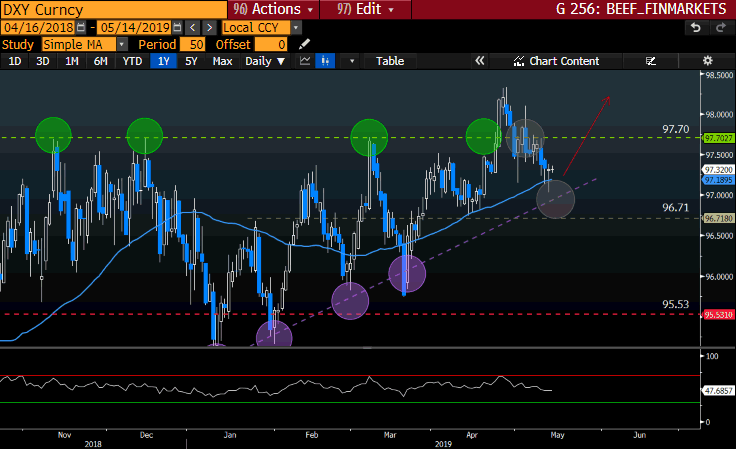 The EURUSD currency pair has been ticking lower over the last couple of months as the DXY has been moving higher. This inverse correlation should be taken note of and traded accordingly. With the continued overall pressure in the Eurozone it might just support a move lower on the currency pair as the Dollar (DXY) increases.

Some technical analysis points to look out for on the EURUSD: 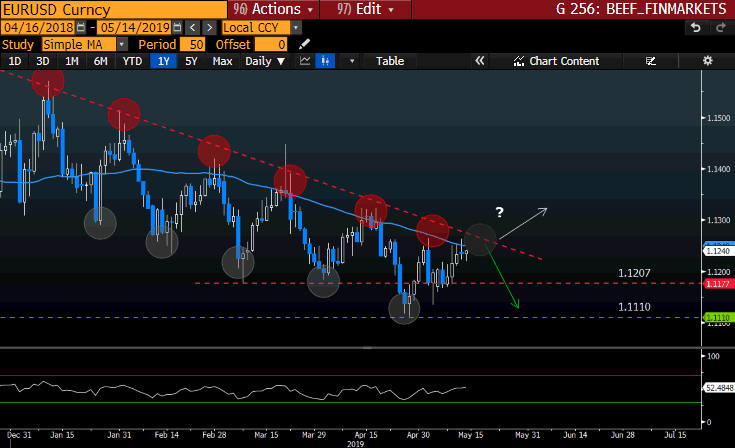 The Pound (GBP) has slumped to a two-week low against the Dollar and trading below 1.2979 as the U.S-China tariff disputes escalate. Brexit or the lack of is still weighing on the Pound (GBP) as a new wave of government party talks took place on Monday with no resolve.

Some technical analysis points to look out for on the USDGBP: 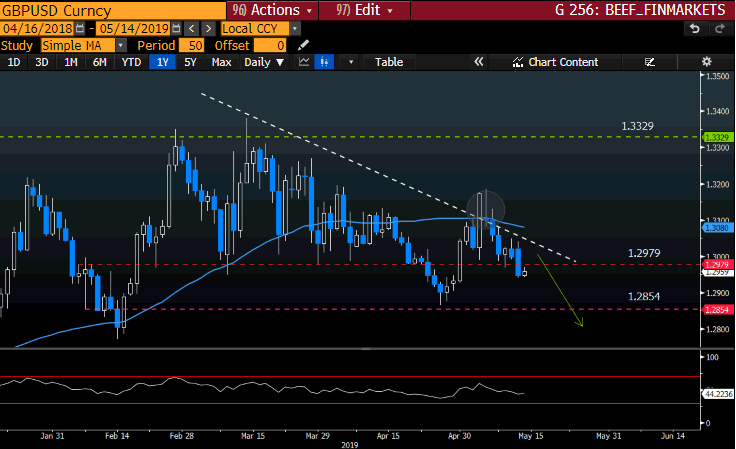 The South African Elections are over, and a new dawn is set for the country if the ruling party can get their act together. Unemployment is one of the main concerns and the latest jobless numbers will be released later today at 11:30 SAST.