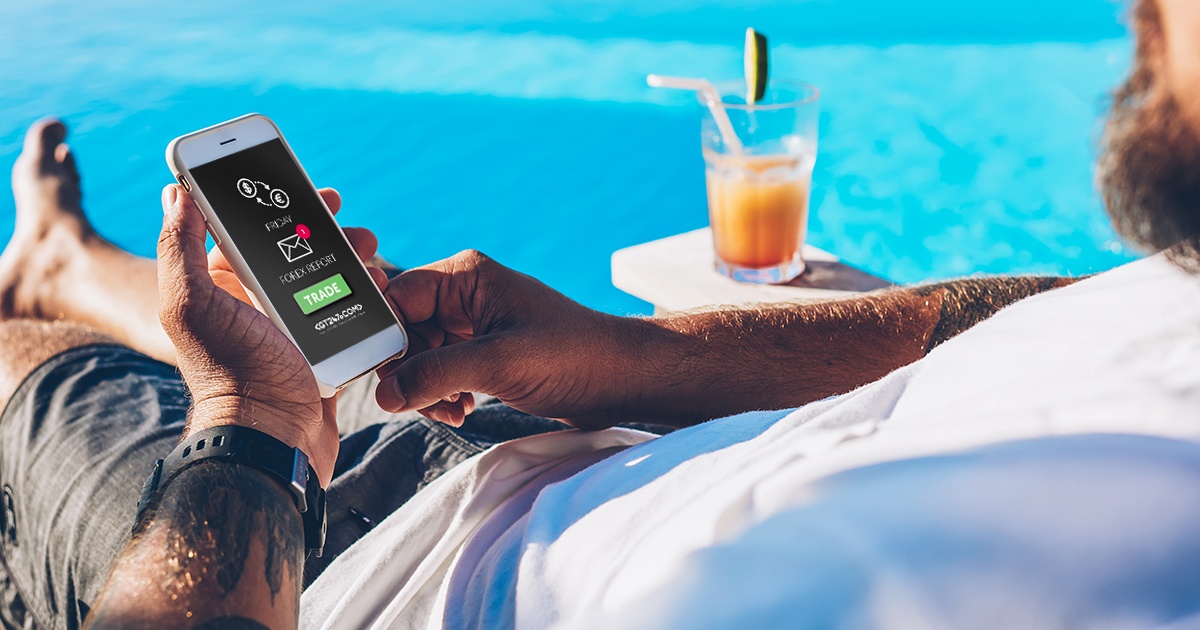 The forex market has been on a roller coaster ride at the start of 2019 with Global Growth concerns being a major focal point for both Developed and Emerging Market currencies.

Taking a closer look at some of the major currency pairs below.

Brexit is still set to dominate the European Markets this week as U.K Cabinet Ministers are set to ditch the current Prime Minister with a candidate who would deliver a suitable exit plan as reported on Sunday. With the current coup underway it feels like the U.K government might implode shortly as MPs voted to take control of the Brexit process with a series of votes scheduled for Wednesday.

Unfortunately, the Brexiteers have made their intent very clear and simple for the Prime Minister. If May wants her Brexit deal to get across the finish line, she must set a clear date for her resignation.

The Pound (GBP) has been volatile for some time now which might continue until we see the Brexit issue resolved.

Looking at the GBPUSD which is probably the oldest currency pair we have today, we can see that the price action although volatile has been moving higher since the start of the year. The technical resistance level at 1.3306 needs to be cleared to support the move higher. More volatility is expected on the currency pair and the technical levels will be watched closely. 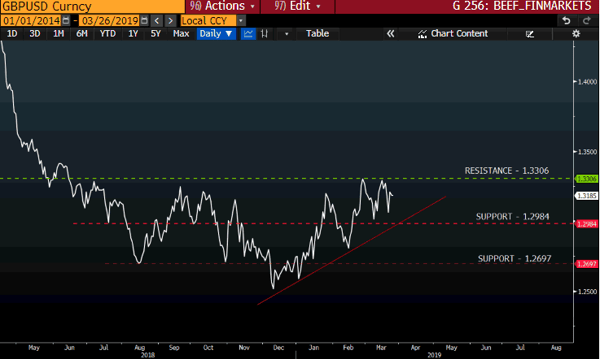 Across the pond it seems that new U.S recession fears have been highlighted as inverted Bond yield’s come into focus once more. Last Friday saw the U.S 10-year treasury yield move below the U.S 3-month treasury yield which some say is a precursor to a pending U.S recession.

Although it being at the shorter end of the curve market participants felt the need to sell equities in a bid for safety which continued into Monday’s trading session.

The U.S Dollar (USD) might experience some pressure moving forward, especially if the FOMC continue with its cautious approach which might lead to a rate cut later in 2019.

Looking at the Dollar Index (DXY) below we can see the greenback has been gaining some momentum since May 2018. The Price action has been finding support at 93.93 (green dotted) and encountered resistance at 97.69 (green dotted) which acts as technical levels to be aware of.

If the FOMC decide to cut rates soon the Dollar Index might move lower to levels last seen in October 2019. 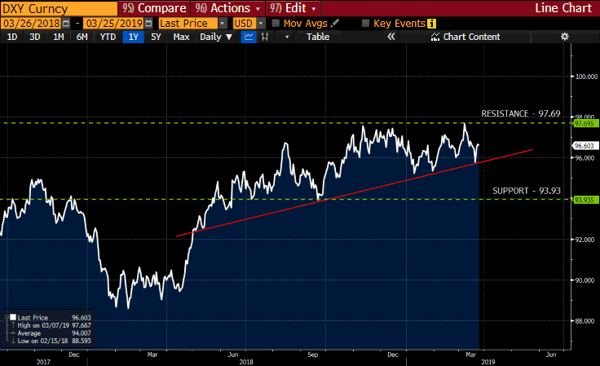 With recent weaker than expected economic data placing Europe’s biggest economy under pressure the German bund yields seems to be falling together with the U.S short term treasury yields. The German 10-year yields are currently at its lowest yield since 2016. The European Central Banks (ECB) ‘s dovish stance as well as the next phase of quantitative easing might come back into focus over the next quarter.

The EURUSD currency pair which has seen its fair share of volatility over the last couple of months might find some support at he the 1.1267 technical level in the short term. With the ECB’s forward guidance on rates turning even more dovish the only saving grace for the Euro might be the Dollar losing steam as anticipated. 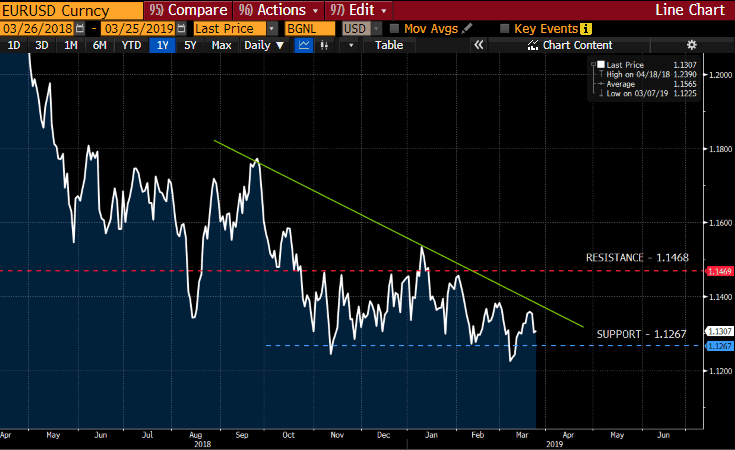 The local economy has been filled with uncertainty due to Eskom’s load shedding which has seen the troubled power utility struggling to keep the lights on over 2019. Major investment banks are already projecting a decline in growth and this just ahead of a review by the credit ratings agency Moody’s on Friday.

With the South African Reserve Bank (SARB) not expected to increase interest rates which would give the local currency a much-needed lift the expected gains against the Dollar (USD) might be short lived. The next technical level to watch on the USDZAR currency pair would be the R14.67 resistance level (red dotted). 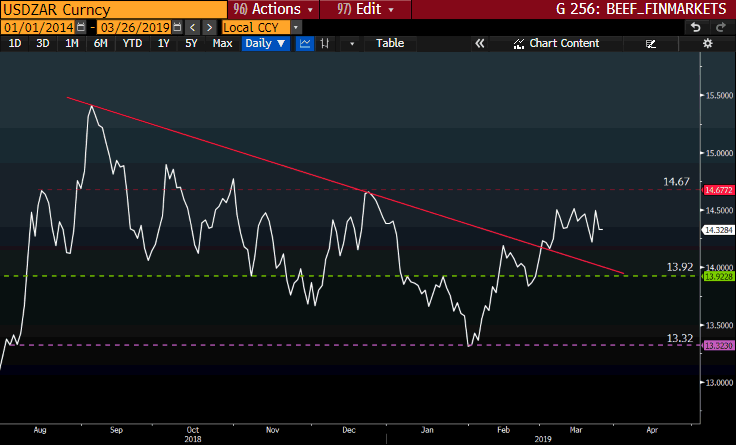 Any opinions, news, research, reports, analyses, prices, or other information contained within this research is provided by Barry Dumas, Market Analyst at GT247 (Pty) Ltd t/a GT247.com (“GT247.com”) as general market commentary and does not constitute investment advice for the purposes of the Financial Advisory and Intermediary Services Act, 2002. GT247.com does not warrant the correctness, accuracy, timeliness, reliability or completeness of any information which we receive from third party data providers. You must rely solely upon your own judgment in all aspects of your trading decisions and all trades are made at your own risk. GT247.com and any of its employees will not accept any liability for any direct or indirect loss or damage, including without limitation, any loss of profit, which may arise directly or indirectly from use of or reliance on the market commentary. The content contained within is subject to change at any time without notice.