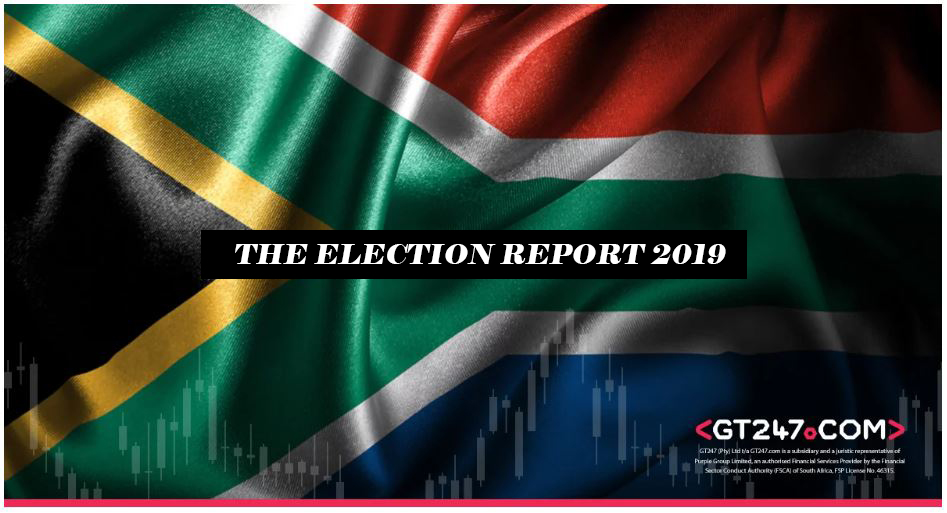 Elections - The Rand (ZAR) and ALSI

Markets have been plunged into turmoil once more as President Donald Trump took to social media over the weekend to share his dissatisfaction with the pace of the U.S-China trade negotiations. Trump said he would increase tariffs on $200 billion worth of Chinese goods by 25% as early as this Friday if an agreement is not reached.

With the South African elections on the 8th of May the timing couldn’t be worse as we are already expecting our market to experience volatility over the elections so, international pressures are not welcome this week.

Well it might be no surprize to who the winner of the election will be but by what margin will be key this time around. If the ruling ANC majority falls below the key 55% level and the opposing EFF wins more than 12% of the votes it might just be what Moody’s has been waiting for.

Failing State-Owned enterprises, wide spread corruption have been contributors to the volatility we have seen on the local market and the Rand (ZAR). If history is anything to go by then we might expect the Rand to gain strength over the month leading into the elections and then weaken post the election.

This time around we might see none of that as the U.S Dollar has been gaining strength which has seen the Rand (ZAR) lose momentum as President Trump Tweets away.

Some technical points to look out for on the USDZAR currency pair: 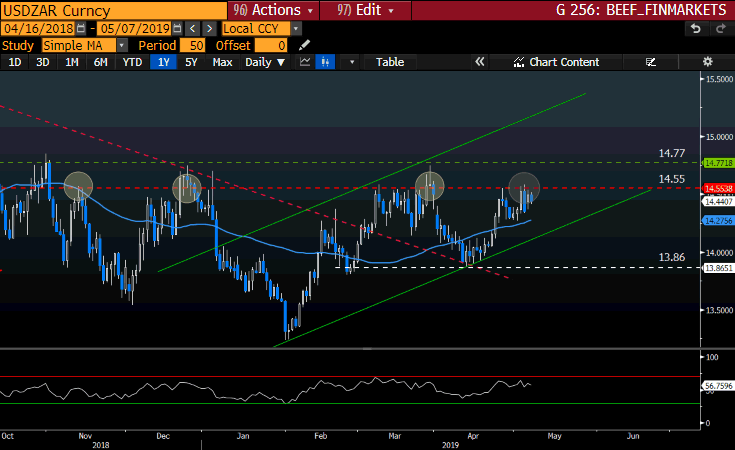 The ALSI was not spared from President Trump’s statements which saw the local Index move significant lower by over 900 Index points on Monday (red arrow). The local index remains under pressure as Asian markets continue to sell-off throughout Today's session due to the trade negotiation fears.

With the elections set to kick off tomorrow we might see more indecision filtering through to the market as market participants digest all the information.

Some technical points to look out for on the JSE All Share Index (ALSI): 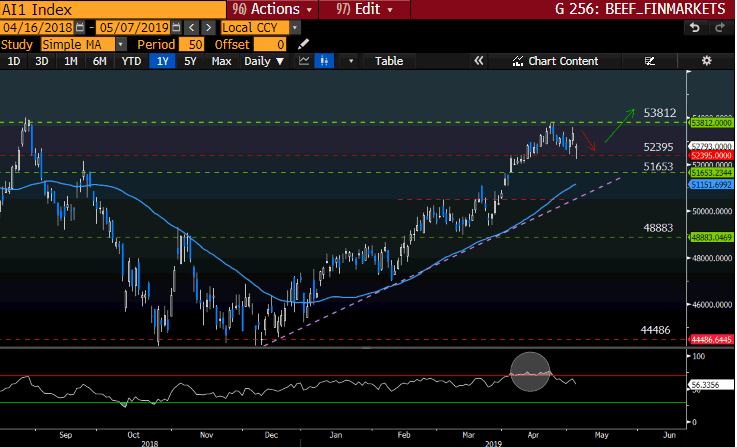