Crude Oil’s slide from the October 2018 highs into a bear market has had absolutely no negative impact on the big Oil companies as one would expect. As earning season is upon us it was not expected by analysts that the three major Oil companies Shell, ExxonMobil and Chevron would beat expectations.

Let's take a closer look at the technicals...

Saudi Arabia and some Organization of the Petroleum Exporting Countries (OPEC) members formed a coalition with Russia, the world third largest oil producer and is now seeking a permanent agreement for three more years. The coalition was formed back in 2016 in a bid to stop the downward spiral of the Oil price by cutting output.

Looking at the chart of Brent Crude Oil:

Brent Crude Oil has been consolidating sideways since the start of January 2019 and is waiting on fundamental direction. The price action has broken out of the descending channel and has formed a Inverse Head & Shoulders (H&S) Technical pattern. I am currently waiting on the fundamentals (OPEC, Russia) news to give some direction and to support the pattern playing out. 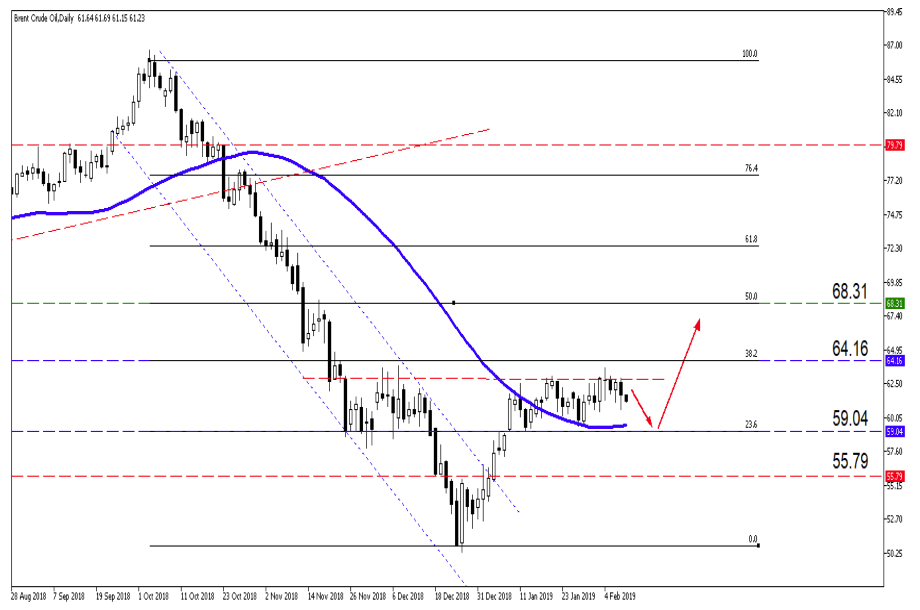