Crude Oil has made the headlines once more at the start to the trading week as Brent Crude Oil and WTI Light Crude Oil reached highs last seen in November 2018.

The main drivers to the rise in Oil can be attributed to the ongoing Organization of the Petroleum Exporting Countries (OPEC) supply cuts plus U.S sanctions on Venezuela and Iran. The supply cuts by OPEC along with non-affiliated allies like Russia have pledged to cut the supply of around 1.2 million barrels per day in 2019.

U.S Crude has gained over 13% over the last month with Brent Crude at its new 5 month high as conflicts in Libya continue.

Crude Oil Inventories will also be watched closely this week to see when the supply cuts will take effect in the market. Analyst forecast for the week is there might be another build in inventories of around 2.5 million barrels which will be released on Wednesday 16:30 SAST.

Looking at a chart of Brent Crude Oil and taking the seasonality into account for the month of April, Brent usually rises around 5%. With the current gains we might see Brent Crude Oil retrace from current levels before it pushes higher to the $72/ barrel Technical level. 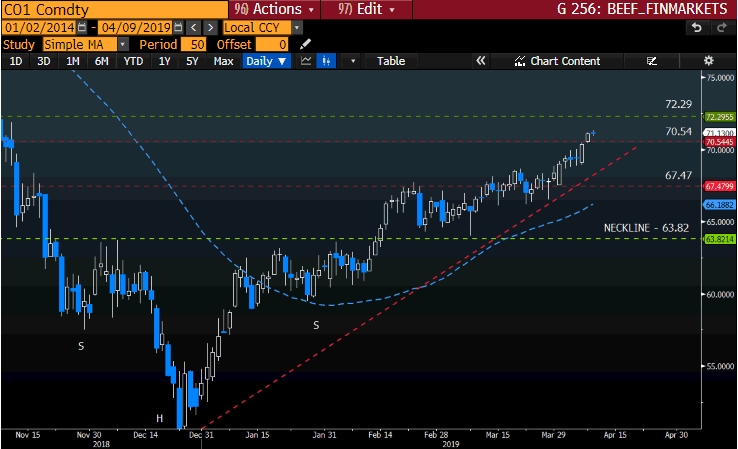 Are we going to see another Petrol price increase next month? Well the possibility is very likely if Brent Crude Oil continues to rise. The other factor to look at would be the Rand (ZAR), the local currency has been under pressure of late but has managed to claw back over 3% against the Dollar (USD) since March. A Petrol price increase might be likely if the Rand (ZAR) also starts to lose ground against the greenback over the rest of April. 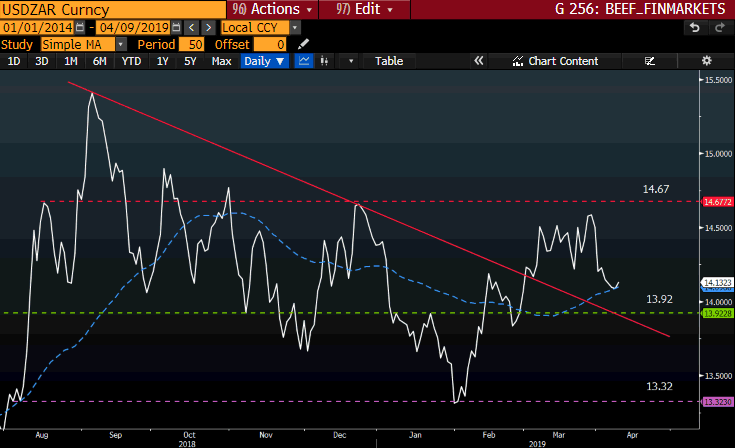 Gold prices have been rising as the Dollar (USD) starts to move lower mainly from the recent data which showed a slowing in U.S wage growth. The recent rally in stocks have also put a damper on the precious metal but with the greenback lower gold might be an attractive asset for investors.

Central bank data showed that China increased its Gold reserves by 0.6% by the end of March as political unrest in Libya might add to global concerns.

Looking at the chart of Gold (XAU) we can see that the price action is forming lower peaks (purple circle) as the price moved lower since February.

Some technical factors to look out for: 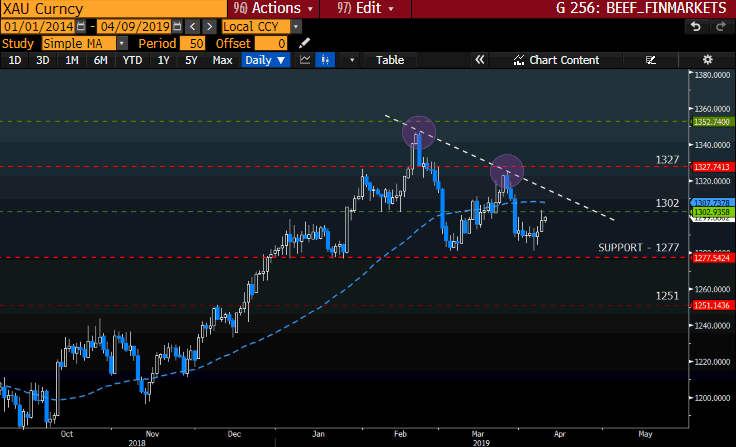 Palladium has seen its stellar run come to an end with some asking the question has the “Bubble Burst” on the precious metal? Some analysts are still bullish on the metal if demand out ways supply to the automobile manufacturing industry which was one of the main drivers.

This might not be the case anymore as the rise in Platinum has Analysts speculating that automobile manufacturers may be at a point of substituting Palladium with Platinum. Manly since both metals are used in the converters and that Platinum comes at a lower price.

Some technical factors to look out for: 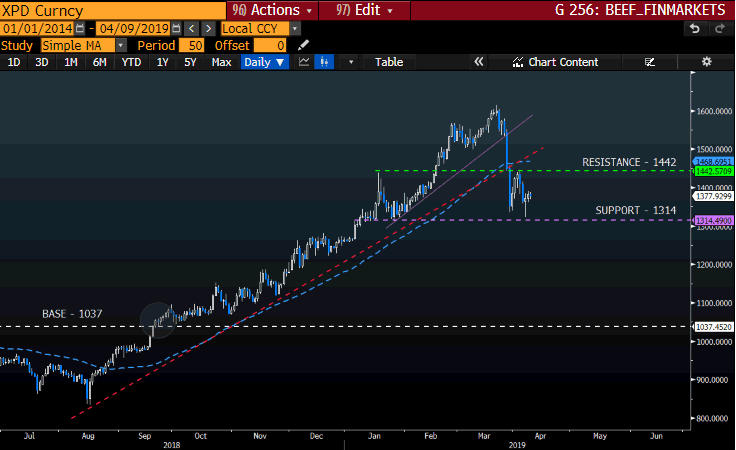