The sanctions imposed by the U.S on Iran are taking effect as of today and possibly bringing with it the biggest supply disruption we have seen in a decade.

The U.S has stated the it will allow eight importers to continue buying Iranian oil at reduced levels as the sanctions are aimed to force Tehran to curb its nuclear and missile programs.

In this note we look at Brent Crude and Gold prices and charts at current levels.

Let’s look at some of the commodity charts:

Taking a closer look at Brent Crude Oil we can see that the commodity has been selling off from the 4year highs we saw in October. The next support level to look out for would be the $71.00 which coincides with the 61.8 Fibonacci level. We might see the price move higher from here if the support line holds as the RSI is oversold. A break below the 68.1 fib level would possibly see further downside targeting the $67.64 per barrel level. 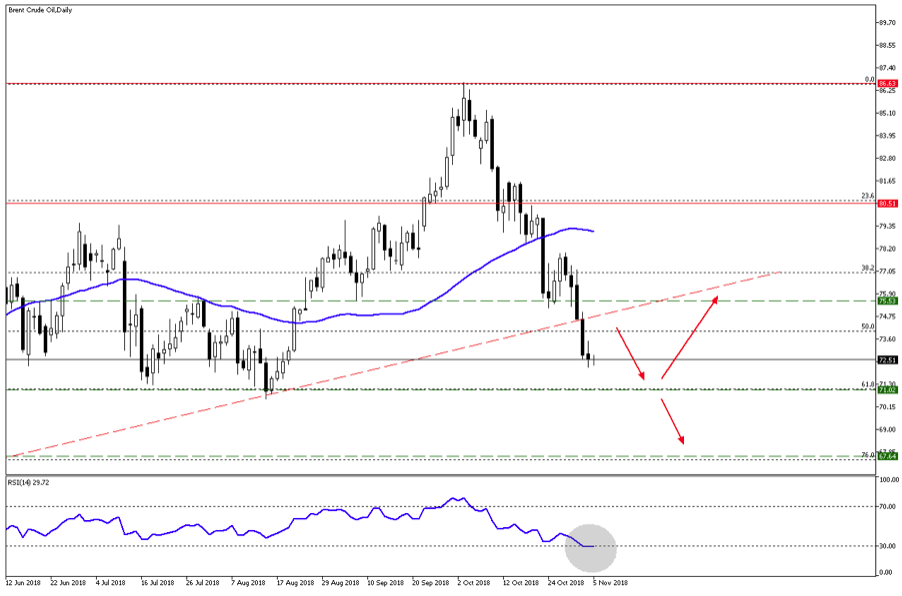 Gold has also been the focal point over the last couple of week as investors have been moving into safe havens. Gold is currently trading between the $1243 and $1224/ ounce level and well above the 50-day simple moving average (SMA). For the Bulls we need to see the price move higher above the $1238/ ounce level to a target point of $1243/ ounce. If the price moves lower from current levels, then we might see $1224/ ounce level come into play and move even lower to $1211/ ounce. 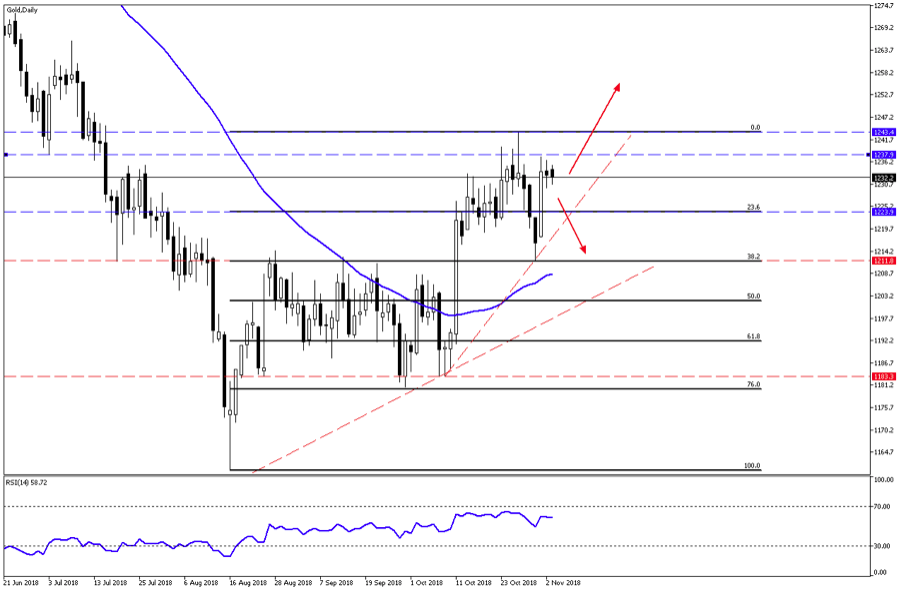