U.S sanction on Iran has put oil back into the spotlight as the world’s top buyers of oil are starting to feel the squeeze. Countries like India and China made statements that they would not adhere to restrictions and will continue to buy oil from Iran.

While the U.S initially wanted a complete halt in the purchases from Iran, traders are now concerned that even a revised aim for only cuts would take out enough supply to create a market deficit, which in turn can drive the price of oil higher.

As if this is not enough we are also seeing reports that the weather is also playing its role in weighing against Organization of Petroleum Exporting Countries (OPEC) output in the Gulf Coast. West Texas Intermediate (WTI) traded close to the $70 mark as we have already seen two Gulf of Mexico oil platforms evacuated.

Reports that the Organization of Petroleum Exporting Countries (OPEC) have raised their output to the highest levels this year could not suppress the bullish sentiment that is still prevailing at the moment supported by the Iran sanctions and the Gulf coast storm.

Here is my technical note and trade summary:

We can see the price action move higher from mid-August to now of the back of the political uncertainty. Due to the factors mentioned in the note there is a chance that the price of WTI crude oil might move higher in the short term. Keep in mind that the trade should be managed carefully over the week as we have crude inventories out tomorrow that will have an impact on the price. 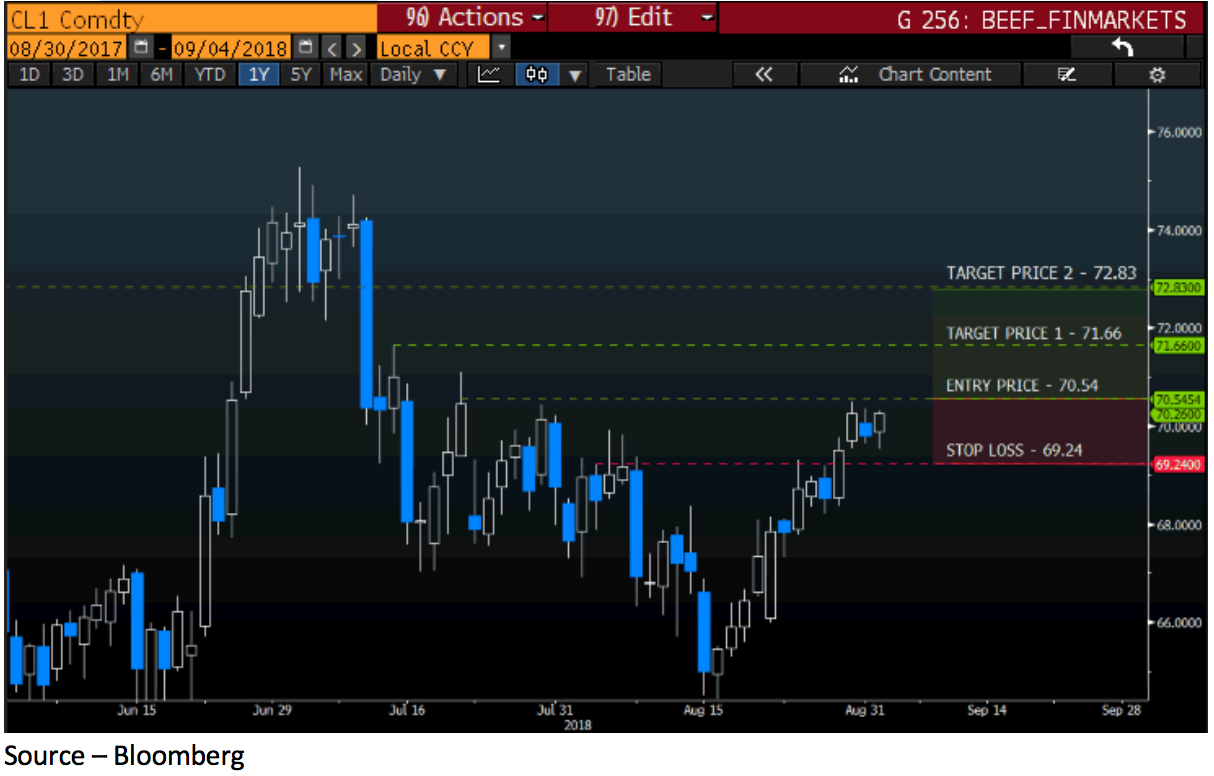