The JSE retreated on Wednesday as it tracked weaker global sentiment which was ignited by Donald Trump’s threats of additional tariffs if no deal is reached in the current talks with China.

Trumps’s comments were much anticipated on Tuesday given the rally recorded last week on the back of Chinese led comments about a potential roll back on tariffs if trade talks go well. Market participants were also anticipating Fed chair, Jerome Powell’s testimony at Congress which is expected at 6pm. The Fed chairman reiterated that the Fed’s current policy is appropriate although prior noted risks remain. Concerns over the Hong Kong unrest also continue to deter markets particularly in Asia.

Locally, focus was on the release of South Africa’s retail sales numbers for the month of September. The data mostly disappointed as retail sales YoY only expanded by 0.2%, widely missing a forecast of 2.0%. Retail sales MoM advanced 0.5% barely missing an estimate of 0.6%. 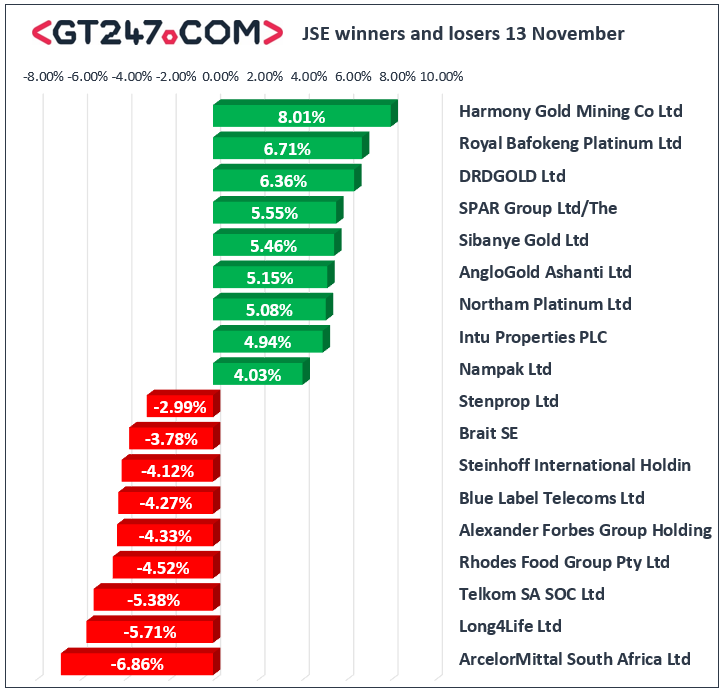 Brent crude held steady as it was recorded trading 0.34% firmer at $62.27/barrel just after the JSE close.