The local bourse closed weaker for a second consecutive session as global markets remained subdued due to weak economic data.

Weaker services PMI data was recorded across most of the European countries which released the data with notable declines for the United Kingdom and Germany. Given the recent weakness in manufacturing PMI data from the USA, investors now shifted their attention to the release of the ISM non-manufacturing PMI which came in significantly weaker at 52.6 compared to a forecast of 55.1. US factory orders contracted by 0.1% which mildly beat the forecast of -0.5%. 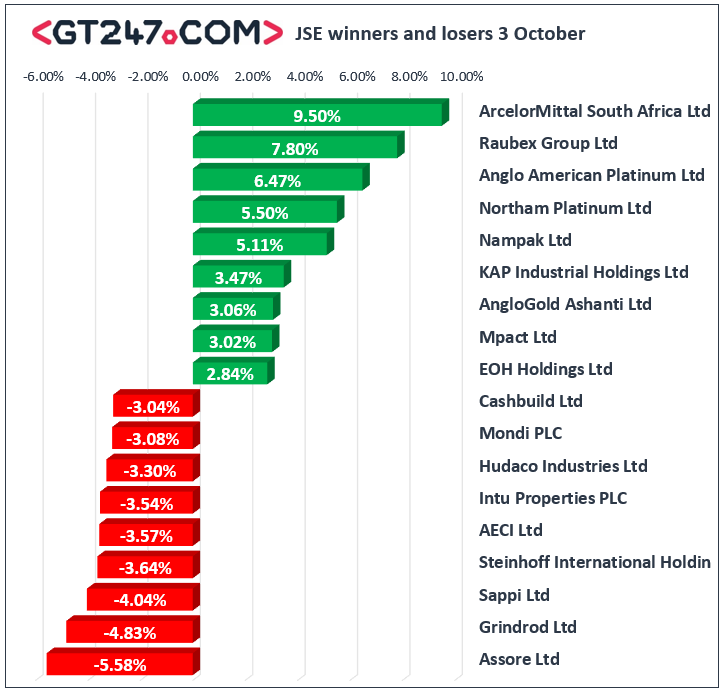 Brent crude fell even more following the release of the weaker US economic data. It was recorded trading 1.66% lower at $56.77/barrel just after the JSE close.