The JSE extended its gains on Friday as the optimism surrounding stocks on the back of on the ongoing Sino-US trade talks continued.

Reactions to the headlines about the trade war have become fickle as the tension has been drawn out, however there seems to be an elevated sense of optimism that the current talks will yield a partial deal. In Europe, there was optimism over Brexit as the European Union’s chief negotiator hinted that talks with the United Kingdom could begin in earnest. With markets having recorded extensive declines over the past couple of weeks, any positive outcome has the potential to be a catalyst for a significant rally.

On the currency market, the rand jolted against the greenback to a session high of R14.76/$ despite the US dollar holding steady against a basket of major currencies. At 17.00 CAT, the rand was trading 1.61% firmer at R14.80/$. 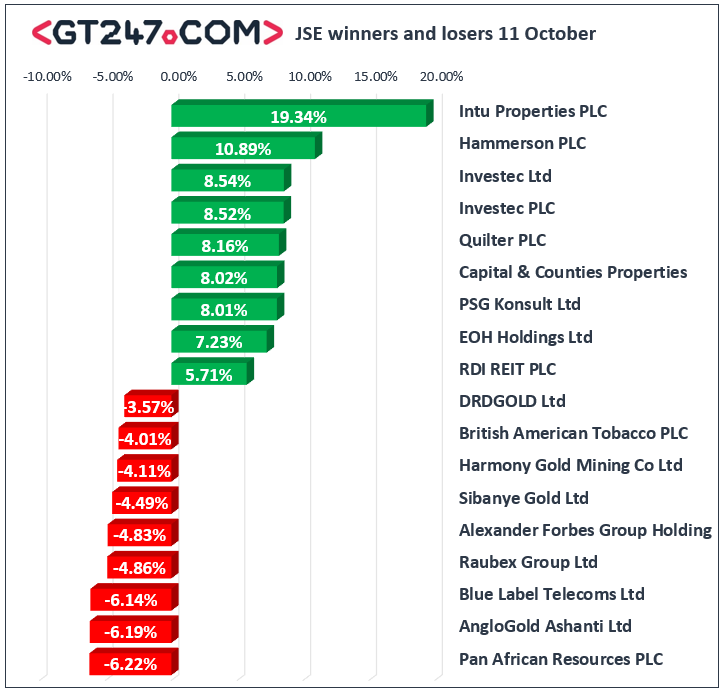 The JSE ALL-Share index eventually closed 0.84% firmer while the JSE Top-40 index gained 0.76%. The Industrials index recorded modest gains of 0.07%, however the Financials and Resources indices rose 2.37% and 0.75% respectively.

Brent crude surged on the back of the attack on an Iran oil tanker. The commodity was trading 1.91% firmer at $60.23/barrel just after the JSE close.