Stocks rise on positive US earnings and Brexit deal

The JSE firmed on Tuesday on the back of broad-based optimism fueled by positive news for Brexit and US earnings.

With the US earnings reporting season having kicked off today following the release of earnings from some of the major banks, investors shifted their focus to the health of the US companies. With the Fed officially in a rate cutting cycle, the biggest negative impact was expected to be seen in the net interest margin reported by the banks. Other upcoming major earnings releases could potentially reflect the impact of the protracted trade war between China and the USA.

In Europe, the European Union continues to be optimistic on the prospect of a Brexit deal. Optimism swept across the bloc except for the FTSE 100 which struggled to maintain momentum. The International Monetary Fund threw a spanner into the works as it flagged that the global growth would decelerate as trade tensions continue to undermine expansion. The IMF also cut its global growth forecast for 2019 to 3.0%.

The rand was milder in today’s session as it retreated against the greenback as emerging market currencies weakened on the prospects of heavy retaliation by the US to Turkey. The rand slumped to a session low of R14.91/$ before it rebounded to be recorded trading 0.17% weaker at R14.84/$ at 17.00 CAT. 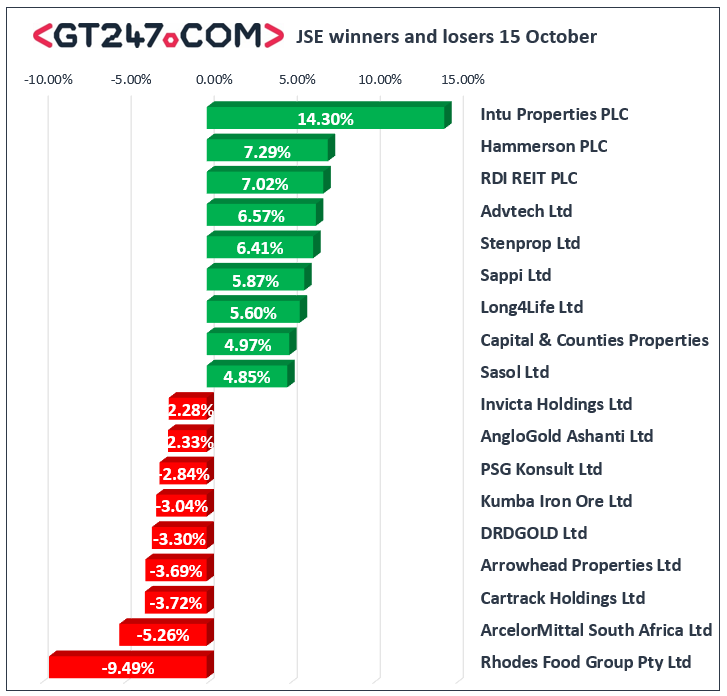 Brent crude was recorded trading flat at $59.37/barrel just after the JSE close.